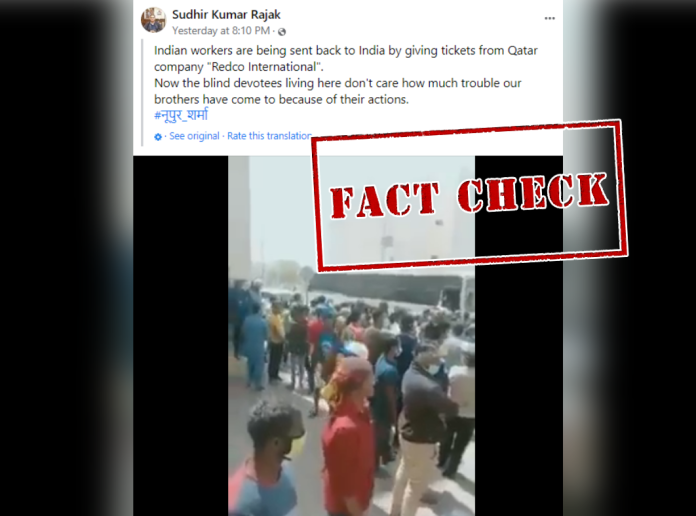 Following the row over the controversial remarks on Prophet Mohammad, a video, claiming that Gulf companies are sending Indian workers back home, is doing the rounds on social media.

This comes in the backdrop of controversial comments given by an ex-BJP spokesperson Nupur Sharma against the Prophet. Users claim that many Gulf companies are retaliating to those comments by laying off Indian workers and giving them flight tickets back home. 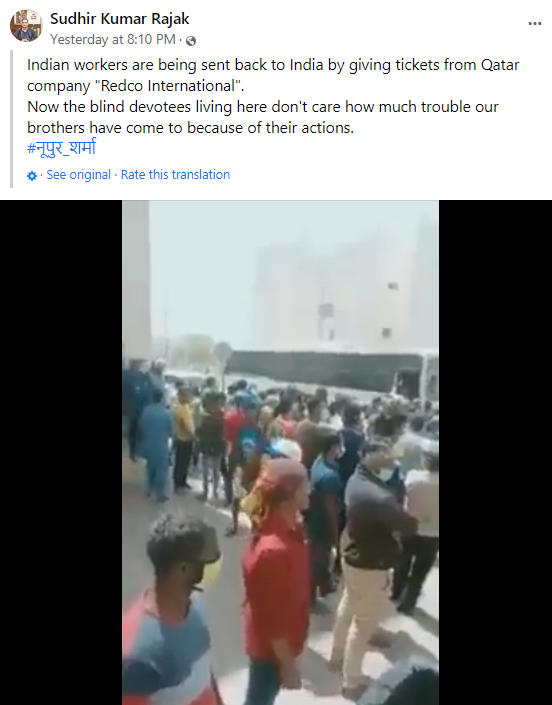 On analysing the video, we could hear a person mentioning Redco International. Taking a cue from this, we conducted a Google Reverse Image Search on the video keyframes with certain keywords. This directed us to a recent Facebook post that carried the same viral video, claiming that it is fake and the incident happened almost three months ago. 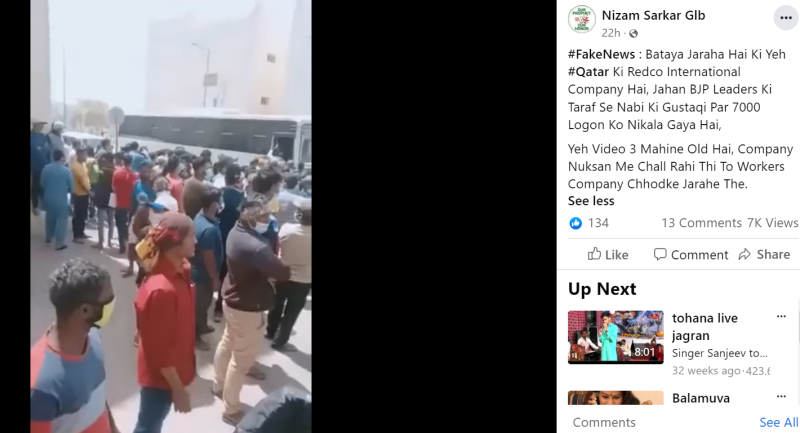 Searching further, we were directed to a March 29, 2022 video on a YouTube channel- QN Qatar. The description and caption on the video reads: “Redco International receiving tickets”. 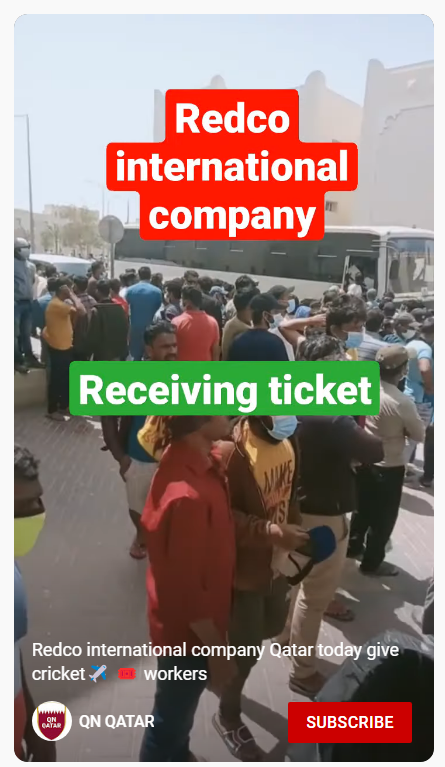 Investing further, we found that in March 2022, workers of Redco International in Doha, Qatar, protested demanding their three-month withheld salaries. As the company was running into losses, they responded by laying off around 7,000 workers and giving them free flight tickets to go back to their countries. YouTube videos claim that the same can be seen here, here and here.

Although we could not verify the exact location and date of the viral video, it is evident from the above information that the video has been on the Internet since March 2022 and is not related to the recent Prophet controversy.