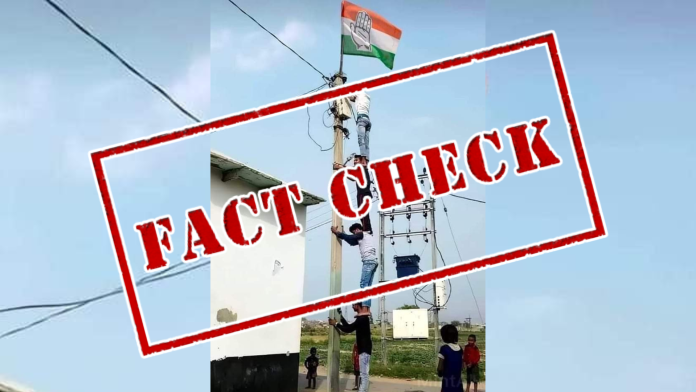 A picture of Congress supporters hoisting the party flag on an electric pole is doing the rounds on social media. Four people can be seen in the image, climbing on each other’s shoulders and hoisting the Congress flag.

(English translation: Salute to the loyal workers of Congress) 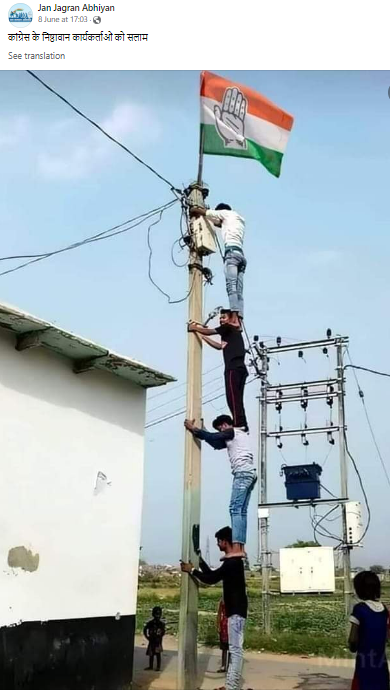 NewsMobile fact-checked the above claim and found it to be an altered image.

A simple reverse-image search directed us to a Twitter post of the spokesperson of BSP’s Telangana unit that carried the original image. In the image, men can be seen hoisting the BSP flag. This was retweeted by many supporters of the party, including BSP Telangana state coordinator R.S. Praveen Kumar.

The English-translated version of the tweet is: “Do not work with devices when the will is great. Our brothers and sisters climbed the ladder and hoisted the blue flag at the heartbeat of masses. Millions of such youths are following in the footsteps of @RSPraveenSwaero for the establishment of a Bahujan Rajya Sabha in Telangana” 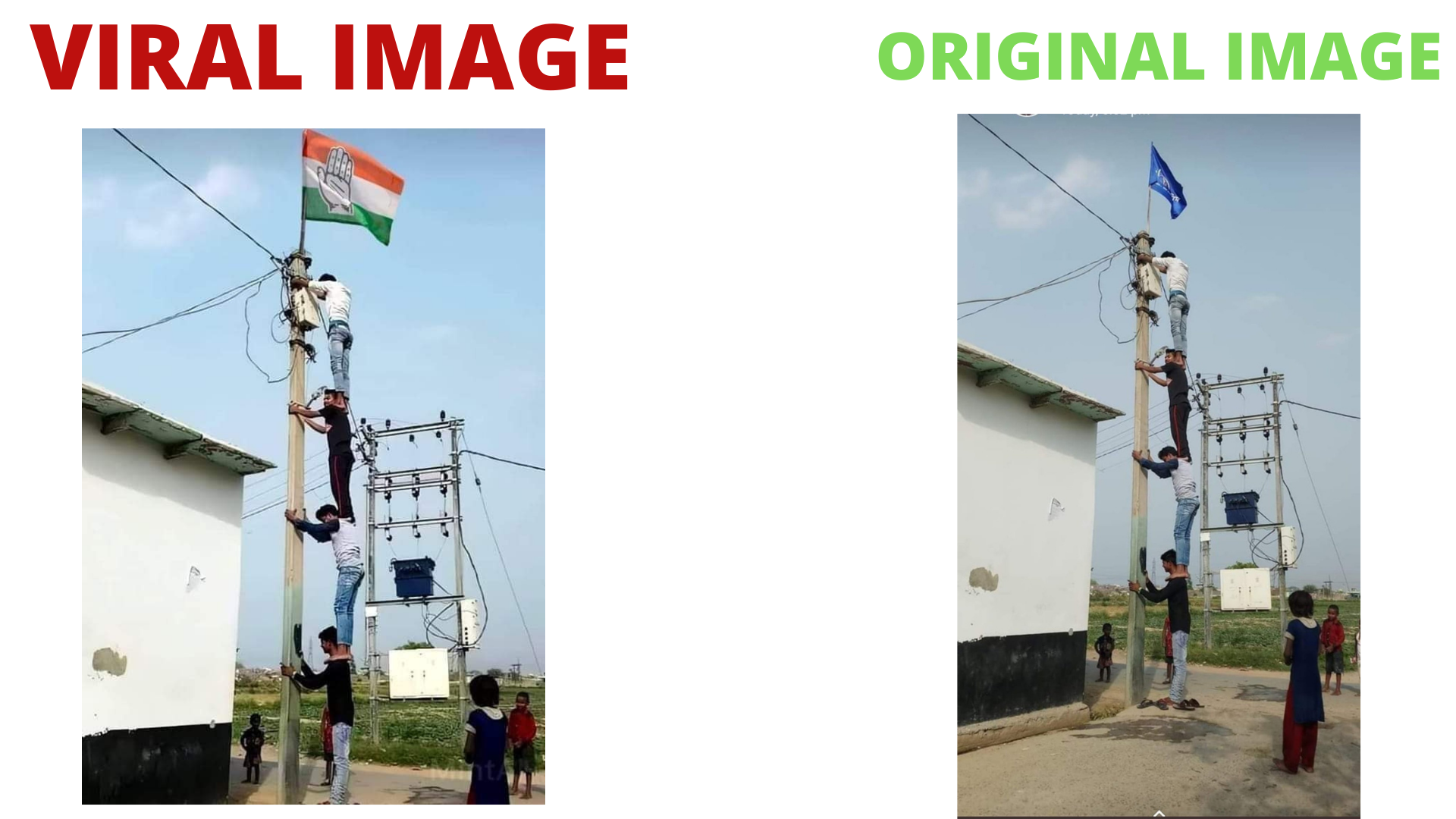 It is clear from the above information that the viral image being shared on social media is doctored.