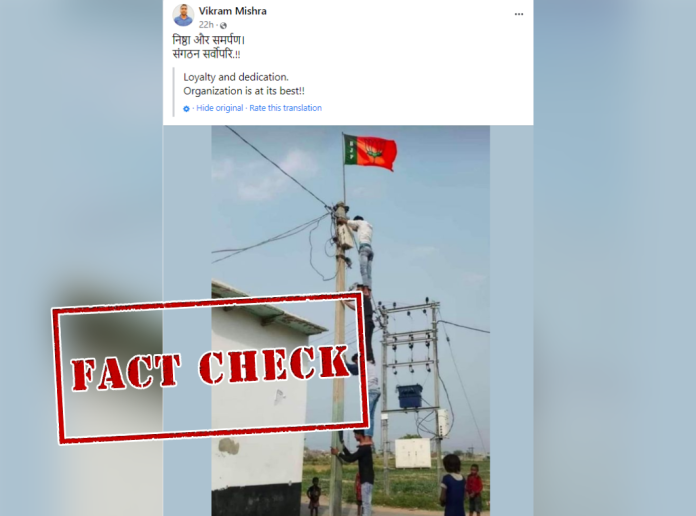 The Bhartiya Janata Party had organised a protest rally against surging fuel prices in Tamil Nadu on June 2, 2022. As per the reports, over 15,000 supporters joined the protest.

Following developments of the event, an image of BJP supporters hoisting the party flag on an eclectic pole is doing the rounds on social media. Four people can be seen in the image, climbing on each other’s shoulders and hoisting the flag.

The image is shared on Facebook with the caption: “Lotus is blooming in Tamil Nadu” 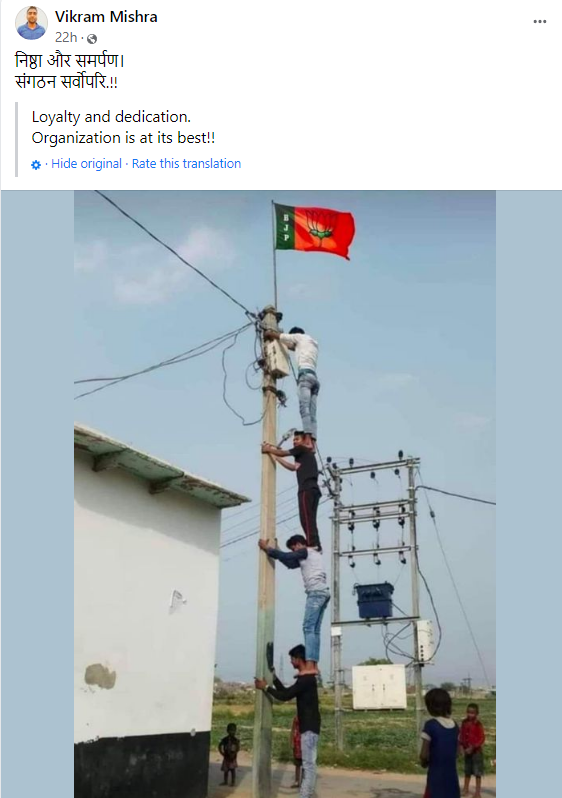 NewsMobile fact-checked the above claim, and found it to be an altered image.

A simple reverse-image search directed us to a Twitter post of the spokesperson of BSP’s Telangana unit that carried the original image. In the image, men can be seen hoisting the BSP flag. This was retweeted by many supporters of the party, including BSP Telangana state coordinator R.S. Praveen Kumar.

The English-translated version of the tweet is: “Do not work with devices when the will is great. Our brothers and sisters climbed the ladder and hoisted the blue flag at the heartbeat of masses. Millions of such youths are following in the footsteps of @RSPraveenSwaero for the establishment of a Bahujan Rajya Sabha in Telangana”

Below is the comparison between the viral image and original image. 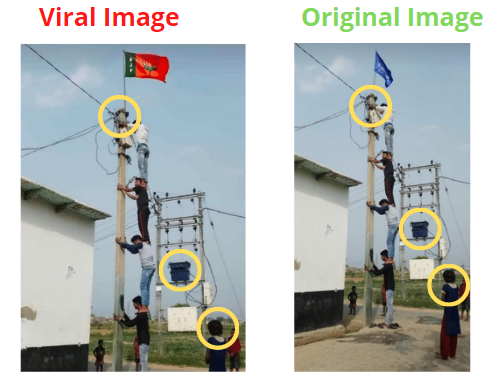 To further investigate the image, we ran a digital picture analysis on fotoForensics. The platform enables users to digitally authenticate an image on various levels like Error Level Analysis (ELA), Metadata, Source, etc, and the altered divisions of the image stand out in the colour grade as compared to the rest of the image. As per the test results, the image with the BSP flag showed no alteration in the ELA test, while the image with the BJP flag stood out with orange markings around the flag. 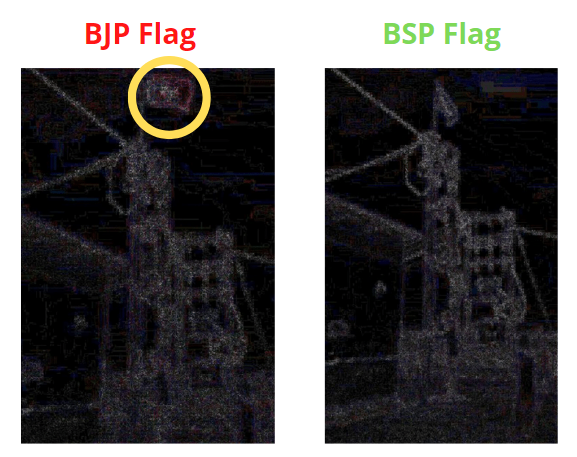 Thus, it is evident from the above information that the viral image being shared on social media is doctored.