Fact Check: Did NYT Say ‘If Modi Is Not Stopped, Then India Will Become Very Powerful’? | Newsmobile
Thursday, August 11, 2022

Home NM FACT CHECKER Fact Check: Did NYT Say ‘If Modi Is Not Stopped, Then India... 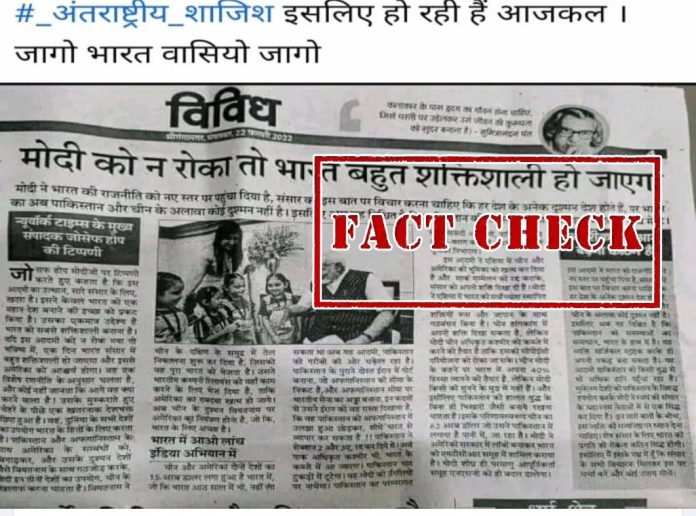 A newspaper clipping is widely being shared on social media with a headline: “मोदी को न रोका तो भारत बहुत शक्तिशाली हो जाएगा” (English translation: “If Modi is not stopped, then India will become very powerful”).

The article further claims that the above remarks were made by Joseph Hope, the Editor-in-Chief of The New York Times. 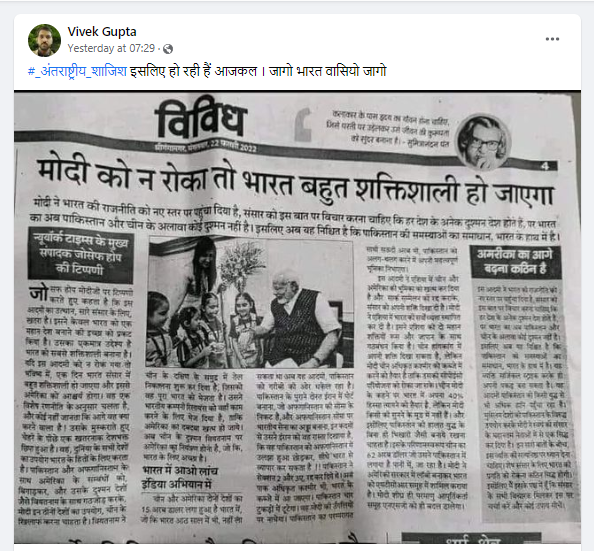 We looked for the name Joseph Hope on The New York Times website, and found no person with this name in the organisation’s list of team members. We found no such opinion section published on the NYT website. We were also not able to find any news report published by the mentioned article in any Hindi newspaper.

On further searching, we found that the communications team of the New York Times had tweeted, saying that no person named Joseph Hope works for it. The tweet further said that Dean Baquet has been the editor of NYT, since May 2014. 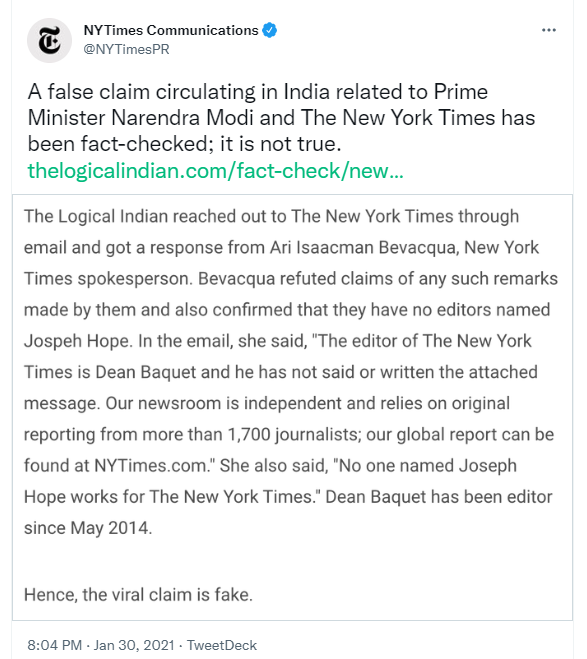 Thus, we can ascertain that the viral claim is fake.