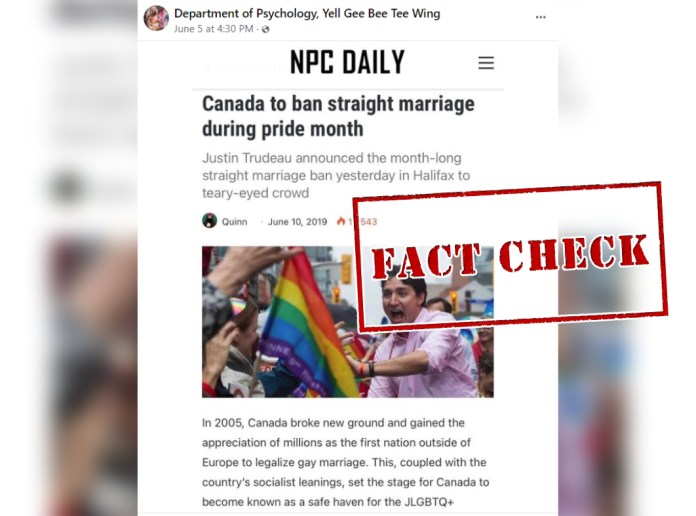 During the ongoing pride month celebrations across various countries in the month of June, a screengrab of a 2019 news article, headlined ‘Canada to ban straight marriage during pride month’, is making the rounds on social media. It further states: “Justin Trudeau announced the month-long straight marriage ban yesterday in Halifax to a teary-eyed gathering.” 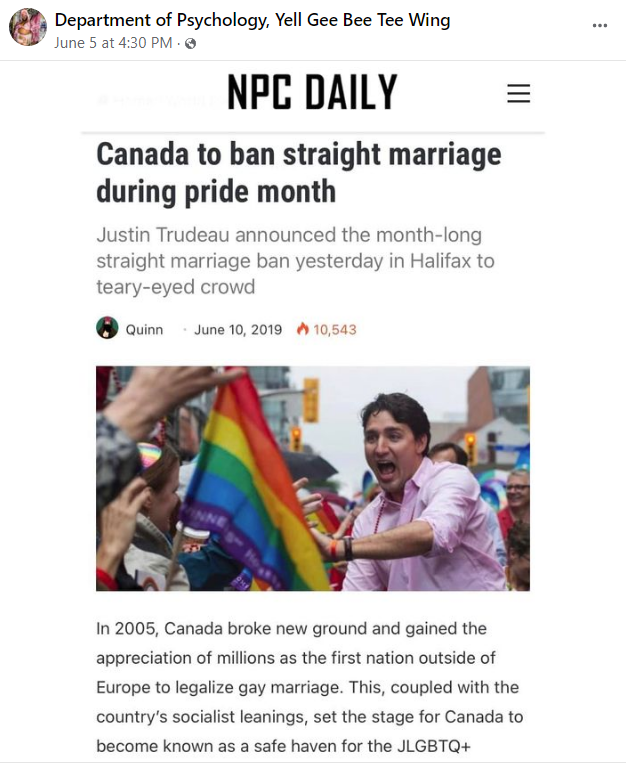 We noticed NPC Daily written at the top of the article. Taking a cue from this, we performed a keyword search and this led us to the website “NPCDaily”. On further scanning the website, we found a section which states: “NPC Daily is a satire site, providing political and cultural commentary with wanton sarcasm. NPC Daily pokes fun of modern journalism and liberalism.” 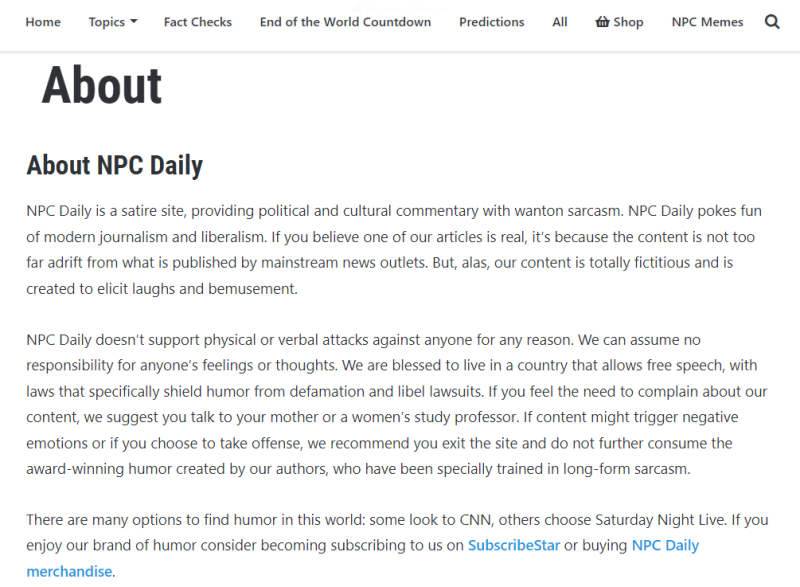 The FAQ section of the website has clearly stated: “NPC Daily is not a legitimate or real news site. However, it is a legitimate source of good laugh.” 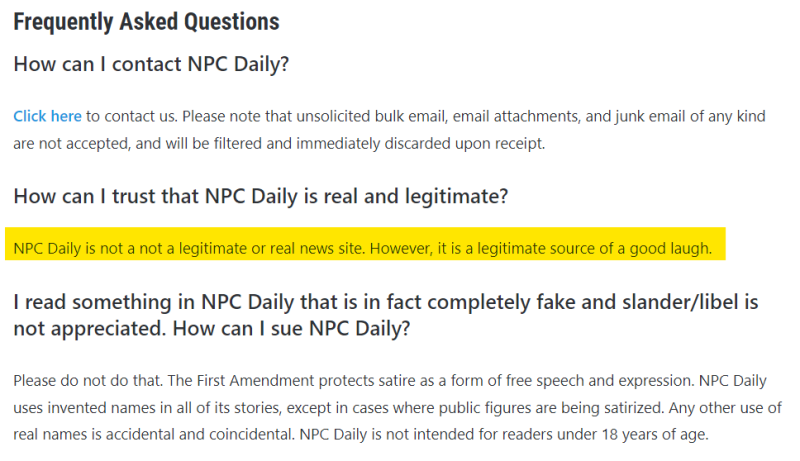 We also found the viral article ‘Canada to ban straight marriage during pride month’, dated June 10, 2019. The article was published by Quinn Barton and has probably gone viral now owing to the pride month celebrations in the entire world. 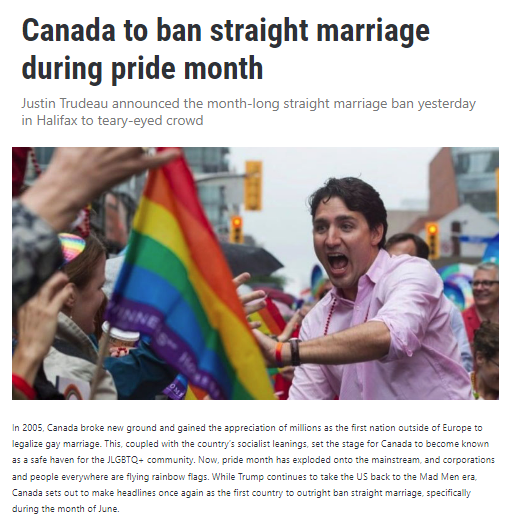 Quinn Barton, according to her profile on the website, is a social activist and member of an anti-fascism and anti-racism movement that goes by the name of Boston Antifa. Her profile further stresses the fact that “This entire site is satire.”

We further checked the social media handles of NPC Daily. Their Instagram bio reads ‘Your source for News and Political Commentary. Trusted non-biased liberal news source – satire’ and their Facebook page is categorised under Satire/Parody. Their Twitter bio reads: “Official site for NPC Daily. News and Political Commentary. (Parody site — nothing on this site or page is meant to be taken seriously)”. 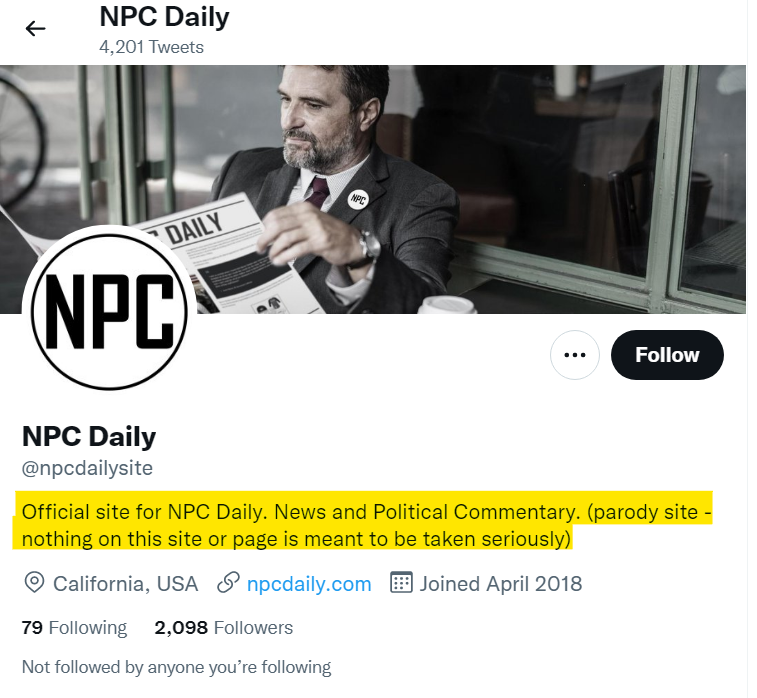 There was no official statement or news by any Canadian authorities that stated the banning of straight marriages in the country during pride month.

Thus, it is crystal clear that the screenshot of a satirical article is being falsely shared as Canada bans straight marriage during the pride month.