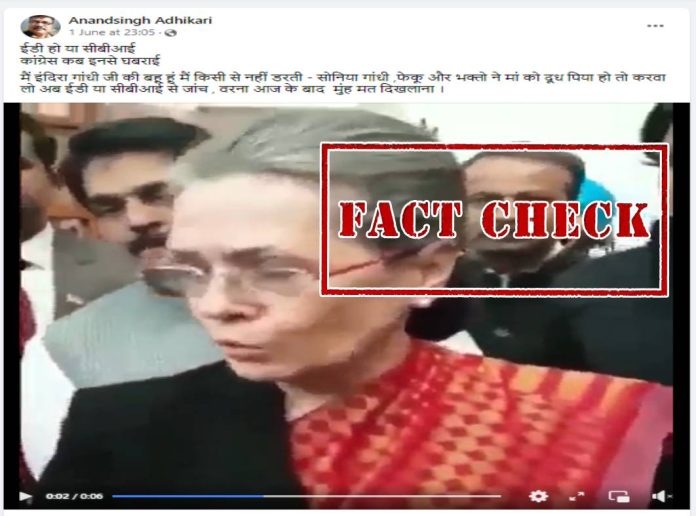 The Enforcement Directorate (ED) summoned Congress leaders Sonia Gandhi and Rahul Gandhi in connection with a money laundering case pertaining to the National Herald newspaper which is promoted by the Congress party.

In the above context, a video of Sonia Gandhi has gone viral on social media in which she says, “I am Indira Gandhi’s daughter-in-law. I am not scared of anyone.”

The video is being shared with a claim that this is how she responded to the ED summons.

(English translation: “Congress is never scared of ED or CBI. I am the daughter-in-law of Indira Gandhi, I am not scared of anyone, says Sonia Gandhi.”) 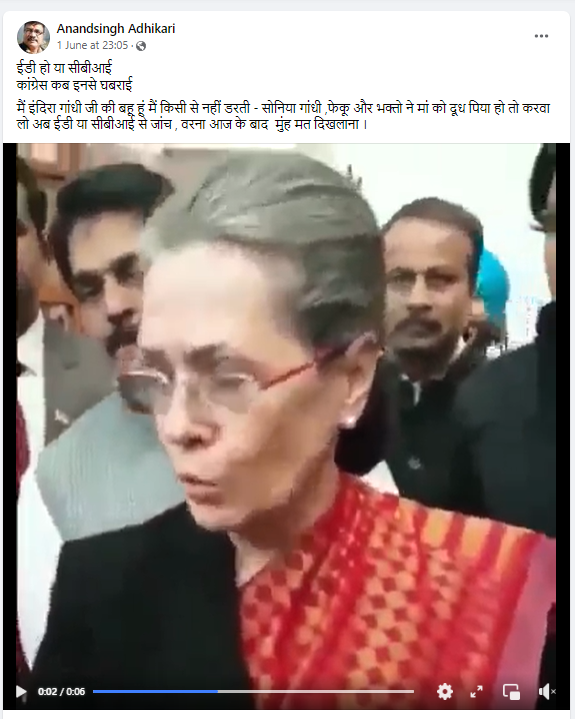 On searching with appropriate keywords we found the same video was uploaded by The Hindu on December 8, 2015. The video was shared with a title that read, “I’m Indira Gandhi’s daughter-in-law, not scared of anyone: Sonia.” 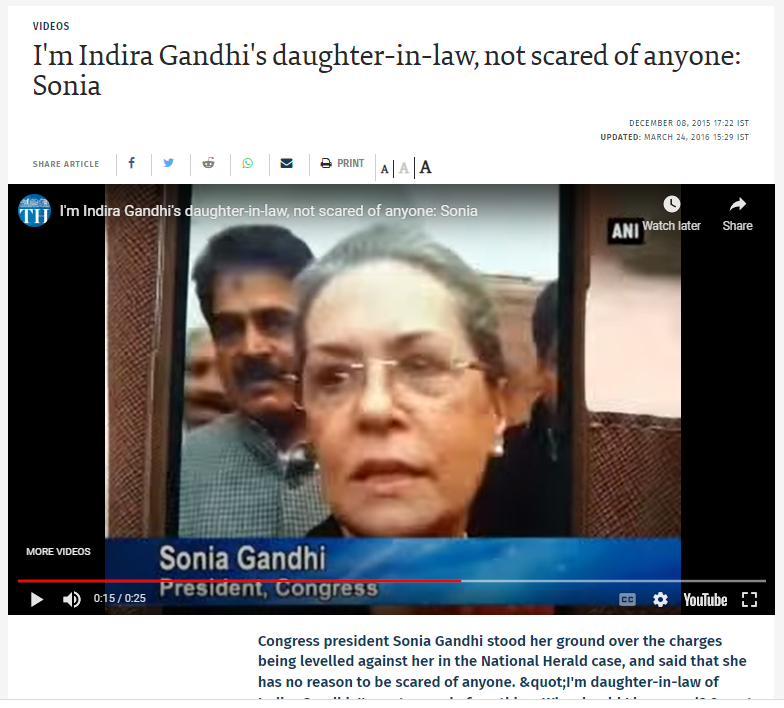 The video was uploaded by India Today on December 8, 2015, with the description that read, “Sending across a strong message to her detractors, Congress president Sonia Gandhi said she’s not afraid of anyone and underlined the fact that she’s Indira Gandhi’s daughter-in-law.” 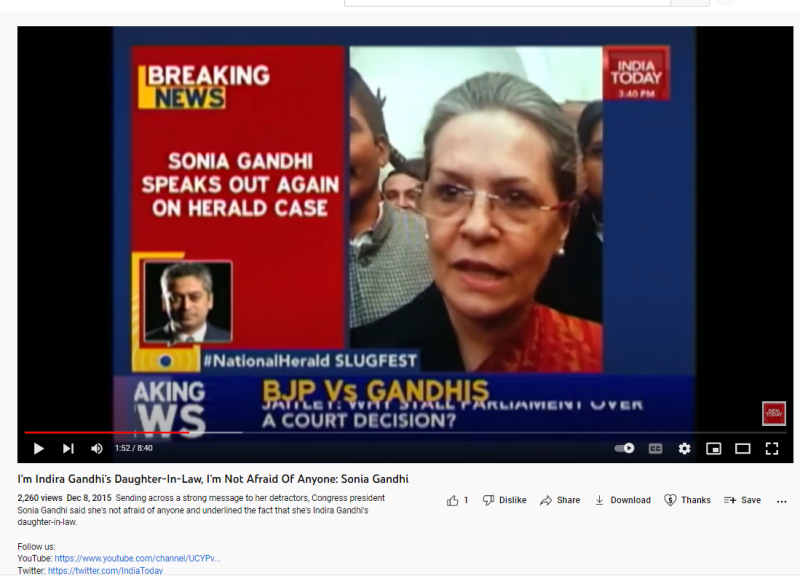 Hence, we can ascertain that the viral video is old and is being shared with a misleading claim.