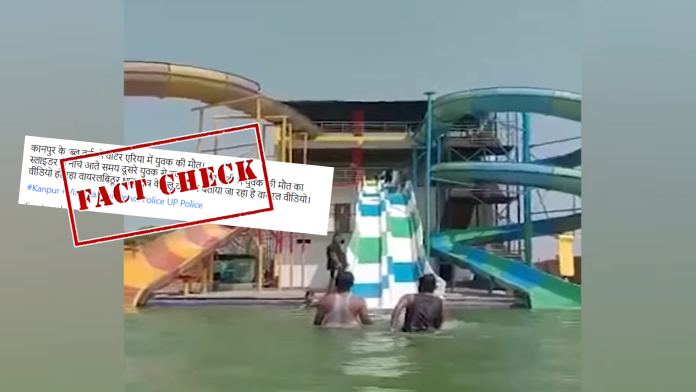 A video of a waterslide mishap has surfaced on the internet in which a man in a pool collided with another individual who came down the slide. The man can further be seen bleeding. It has been claimed that the incident took place at Blue World in Uttar Pradesh’s Kanpur and the man was killed in the incident.

(English Translation: Youth dies in water area in ‘Blue Word’ in Kanpur. While coming down from the slider, he collided with another young man, the video of the death of the young man in the water park is being viral. The viral video is being told of the blue word of the Bithur police station area) 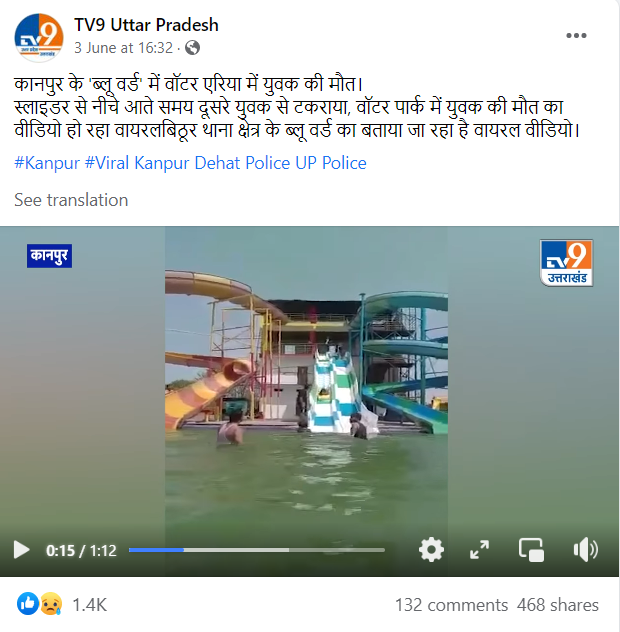 We extracted keyframes of the video and put them through Reverse Image Search. The result led us to a Dainik Bhaskar report dated June 4, 2022, which featured the same video. According to Dainik Bhaskar’s report, the incident took place at Mukundra Water Park in Rajasthan’s Jhalawar. The man’s life was saved after he was rushed to SRG hospital. 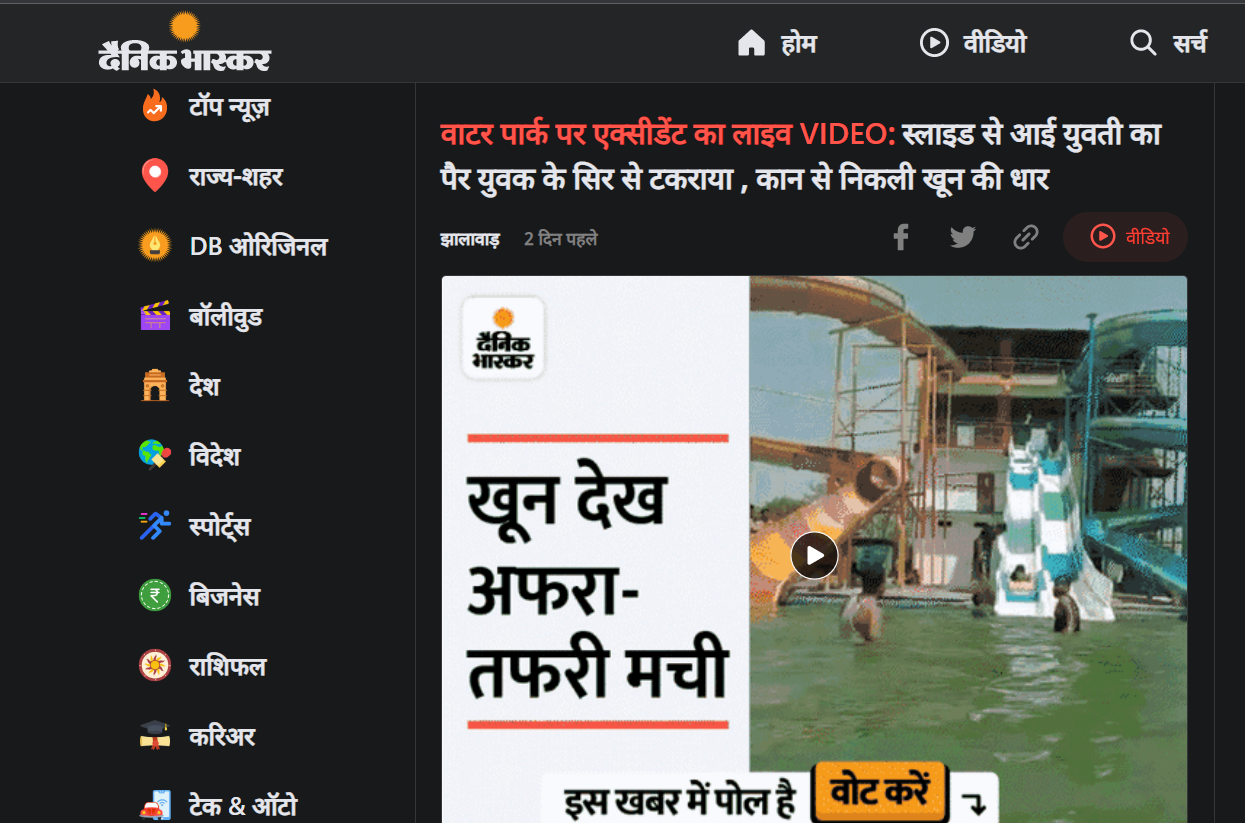 Several other reports of the incident can be seen here and here.

We further scanned through pictures of Mukundra Water Park on Google maps and established that the video in question is from Jhalawar.

Hence, it can be concluded that the video in question is from Rajasthan NOT Kanpur and the man did not die as claimed in the above post.