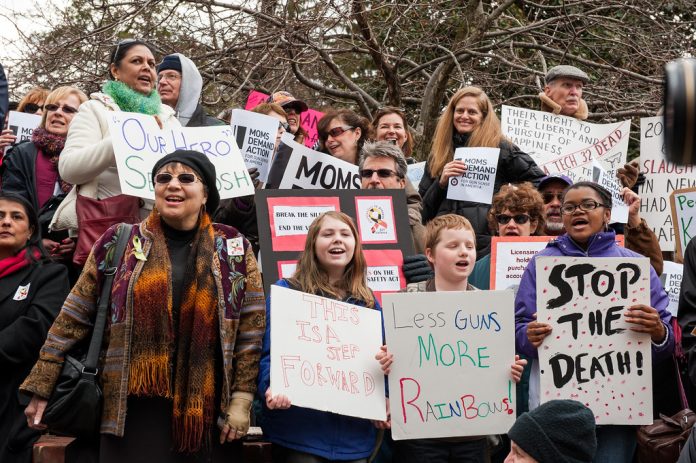 New Delhi: The recent shootings in the Robb Elementary school which shattered and took the life of 19 children and two teachers was one of the most gruesome mass shootings that took place in the United States.

The incident raises a lot of questions about the Gun Laws that prevail in the country and how easy it was for a young 18-years-old student to get access to a lethal weapon and carry out the shootings.

While Joe Biden and other leaders mourn and promise some kind of solution to the problem. The governor of Texas Greg Abott said that a legislative committee will be set up for them to recommend measures on school safety, the mental health of students, and firearm safety.”

The National Rifles Association (NRA) is one of the most powerful gun-owner organizations which lobbies against gun control laws. According to reports, the NRA spends millions every year on PR for the promotion of acquiring and owning guns in a US household.

When we look at the process of obtaining guns in several countries, reports suggest that it takes only “108 seconds” for a citizen in the USA to get their hands on a gun. A quick test of background through “The National Instant Criminal Background Check System” gives data about the past records of the citizen and if he/she clears it, they can get guns from the dealers.

Another report by the BBC says that every third owner of guns in the USA has purchased firearms from a private seller.

When we look at India, the firearms law is quite stringent and rigorous. The Indian Firearms Act was added to create a framework for the purchase, possession, and control of guns in India.

In order to acquire a gun, a rigorous check of past criminal records by the police is done, followed by an interview of the applicant and a family member. Once a person clears the test, he has to pass mandatory firearms training under expert supervision. The law further states that the license once issued has to be renewed every three years.

In China, citizens have to give a reason before applying to get a gun license. After that, they have to locate an authorized gun range where they can keep the firearm. In China, citizens are not allowed to keep firearms in their houses. After applying, the concerned authority will go through the background of the applicant which includes the background of the person, and mental and criminal records. If the applicant passes the background check, then a license is issued after a certain wait period.