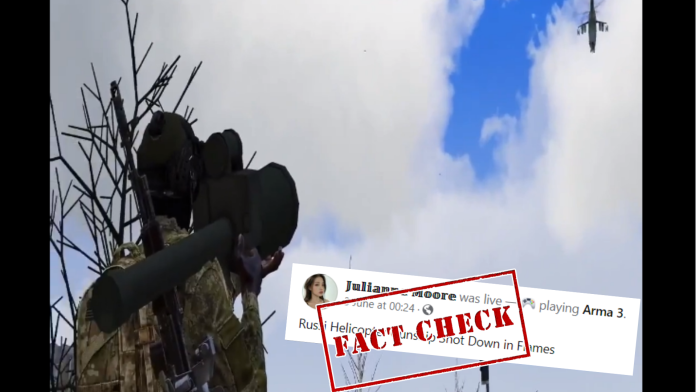 A video has surfaced on the Internet with a missile man striking down a helicopter, claiming that a Russian helicopter has been struck down. 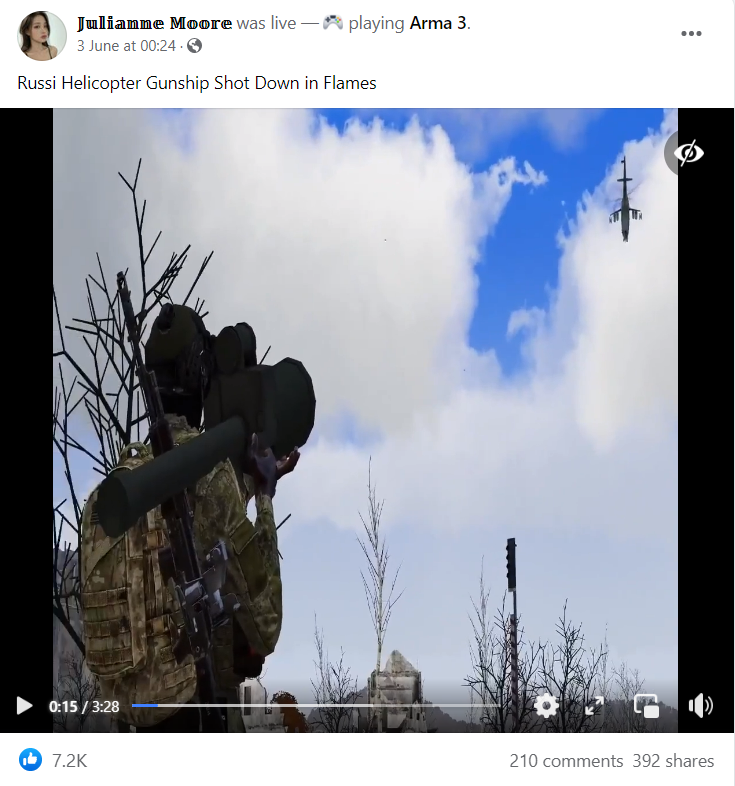 We extracted the keyframes of the video and put them through Google Reverse Image Search. The search led us to several gameplay videos /gaming streams of Arma 3.

We further scanned through the official website of Arma 3, where we found several visuals of the game similar to the video in question.

Based on the description, we ran a keyword search and found that ARMA 3 is an open-world, realism-based, military tactical shooter video game, developed and published by Bohemia Interactive.

NewsMobile has debunked similar posts earlier. The article can be seen here,  here and here.

Hence, we can conclude that the video in question is a clip from a video game and has no connection with the ongoing conflict between Russia and Ukraine.