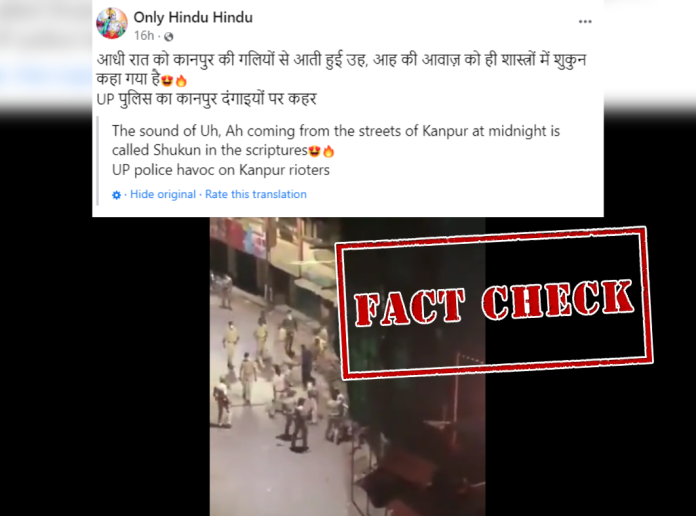 On June 3, 2022, Kanpur (UP) witnessed heavy stone-pelting after a clash broke out between two groups over a BJP spokesperson’s allegedly insulting remarks about Prophet Mohammad. According to reports, 36 individuals have been detained and more than 1,000 are being held on suspicion of rioting.

Against this backdrop, a video is being widely shared on social media, claiming that Kanpur police are taking action against the rioters on the street at night. 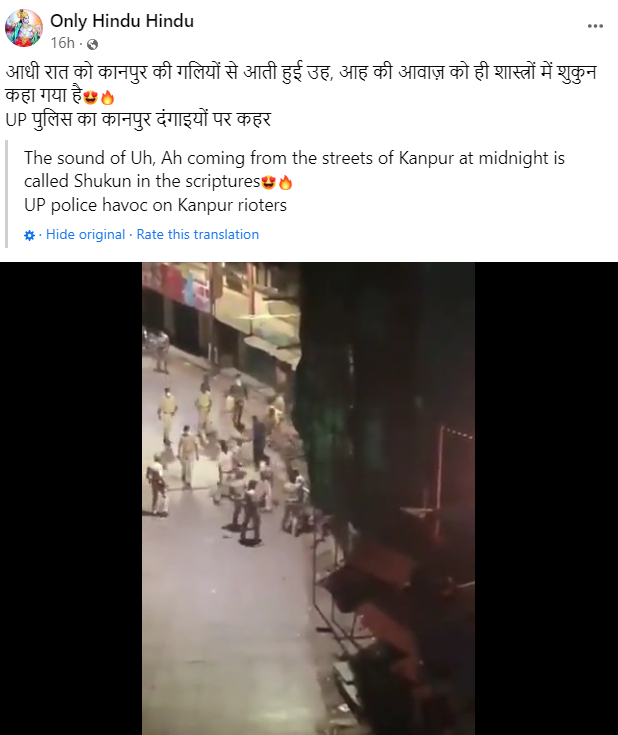 Using the InVid Tool, we extracted keyframes from the viral video and performed a Reverse Image Search. This search directed us to several social media posts uploaded in April 2020 that carried the same viral video claiming that the video is from Indore and Telangana. This clearly means that the viral video is old and not related to recent Kanpur violence. 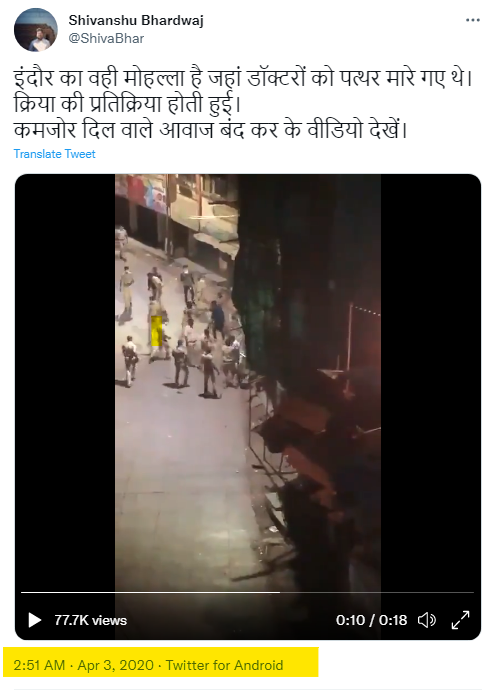 Taking a cue from this, we conducted a keyword search in Hindi and discovered many news items published on Hindi news portals that detailed the true narrative behind the video. According to these news reports, the Video of police ‘lathi-charge’ is from the Sri Lanka Mumbra area of Thane, Maharashtra. 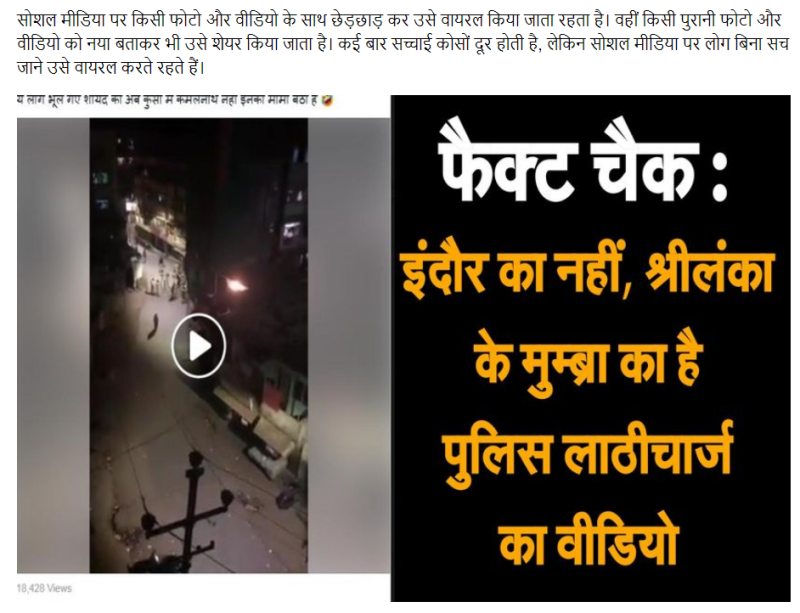 According to a video news report, published by a Hindi news channel, the incident happened when followers of two local politicians clashed on March 27, 2020 in Sri Lanka area of Mumbra, Maharashtra. To disperse the throng and regain control of the situation, the police used batons on the protesters.

Thus, it is evident from the above information that an old video from Maharashtra is being falsely linked to recent violence in Kanpur.