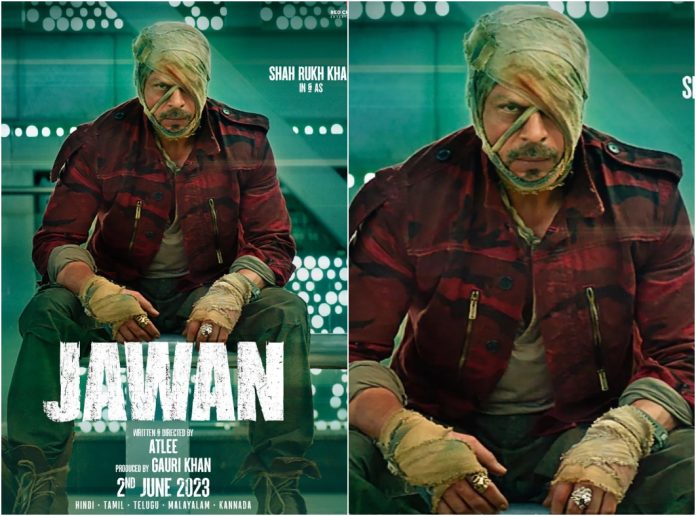 Shah Rukh Khan has come back with three back-to-back movies, after a four-year gap on the big screen. He began the year with announcing Pathaan, then revealed Dunki, and last, on Friday, he surprised his fans with the announcement teaser for Jawan, helmed by Atlee.

The actor shared the first poster for Jawan a day after announcing the film, calling it a “special project” for Red Chillies Entertainment.

The poster features SRK as wounded and wrapped. While his face is covered, his looks have already sparked a lot of excitement among the superstar’s followers.

In his caption, he wrote “It’s a special @redchilliesent project that has seen its wait because of inevitable issues surrounding us.But a few good men worked hard & made it happen. Want to thank @_gauravverma the Co-Producer, @atlee47 and their Jawans for making this dream come to life. Now… Good to go Chief…!”

Director Atlee subsequently shared the poster as well. “This is just the beginning. Overwhelmed with all the love pouring in.” He stated in the caption “Thank you chief @iamsrk sir.”

SRK described the new coming ‘Jawan’ as an explosive entertainer. Calling it an “action-packed” film, the actor said it would release on June 2nd, 2023 in Hindi, Tamil, Telugu, Malayalam, and Kannada.