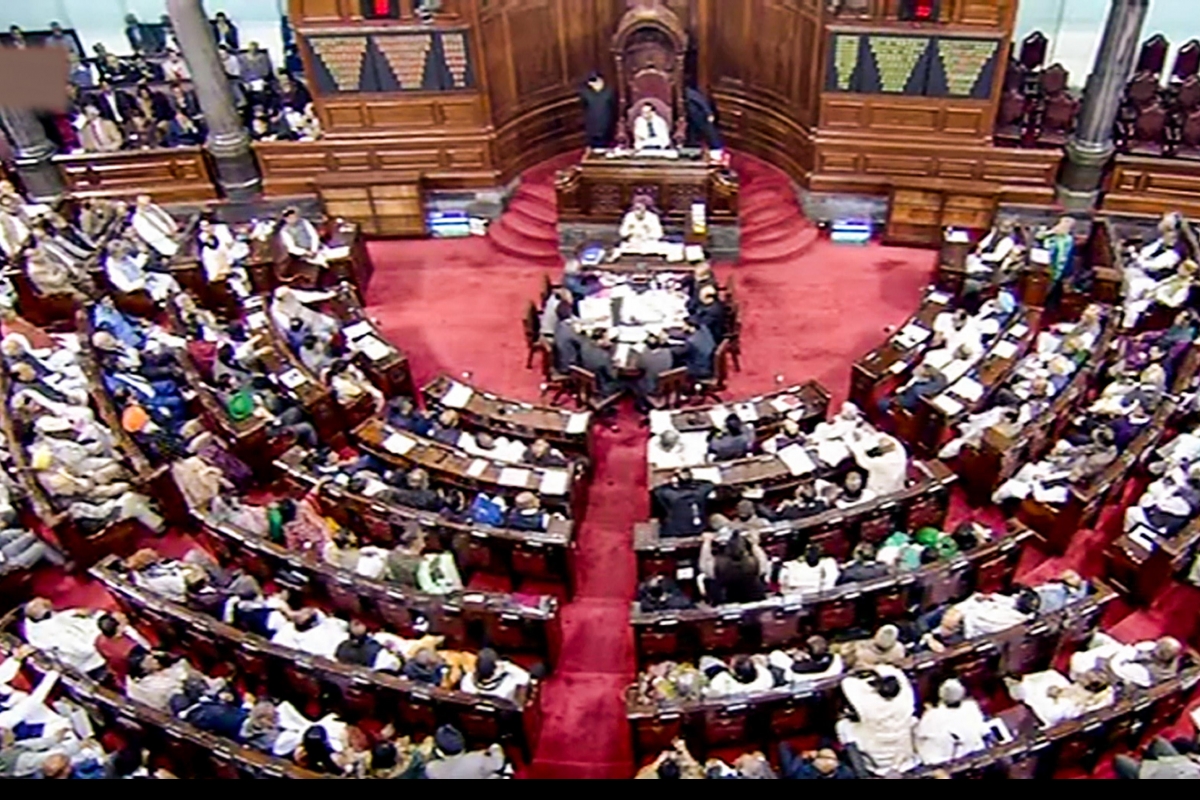 A political drama of sorts will play out when polling is held for 57 Rajya Sabha seats spread across 15 states on June 10.

The BJP may be able to win 22 seats and the Congress is hopeful of winning 10 seats.

But the deep resentment within the Congress over nominating ‘outsiders’ has tempted the BJP to attempt to win additional seats.

If the Congress cannot ensure the victory of all its nominees, there could be trouble for their governments in Rajasthan and Maharashtra and also in Jharkhand where its chief minister Hemant Sore is seen to have gone back on a word given to Sonia Gandhi.

Wielding their authority, Rahul Gandhi and Priyanka Gandhi Vadra have replaced senior Congress leaders including Ghulam Nabi Azad and Anand Sharma, who were the face of the G-23 grouping of leaders challenging their style of functioning, with their own favourites as RS candidates.

Rahul has sent his close aides — AICC in charge of Rajasthan Ajay Maken and Congress spokesperson Randeep Singh Surjewala — to Haryana and Rajasthan respectively. This has caused resentment among the local leaders.

Chattisgarh Chief Minister Bhupesh Bhagel, who was so eager to get Priyanka elected as a Rajya Sabha MP from his state, had to obey her diktat to ensure highly networked AICC functionary Rajiv Shukla is elected from his state. Shukla is close to Priyanaka. Former Bihar MP Ranjeet Ranjan, the wife of former RJD leader Rajesh Ranjan alias Pappu Yadav, got the nomination to be elected from Chattisgarh.

The challenge for the Congress is that its legislators are seen to have become vulnerable to poaching and horse-trading, especially at the time of the Rajya Sabha elections. So they have to stay in hotels as a flock till the voting day!

Priyanka had her own favourite candidate. Poet-turned-politician Imran Pratapgarhi of Uttar Pradesh thrust upon Maharashtra where there were several claimants. Pratapgarhi who is only 34, had joined the Congress in 2019 just before the Lok Sabha elections, has been named nominee from Maharashtra sparking wide resentment in Maharashtra. In fact, Pratapgarhi contested and lost to Samajwadi Party’s ST Hasan from Moradabad in the Lok Sabha polls of 2019. His nomination has triggered second-rung leaders like Pawan Khera and actor Nagma Morarji to openly express their disappointment for not being considered in place of this recent entrant.

Senior lawyer Vivek Tankha, who was among the dissenters, was nominated from Madhya Pradesh as desired by local Congress chief Kamal Nath.
Of the 10 candidates, only P Chidambaram is contesting from his home ground Tamil Nadu. But his nomination as a candidate — along with that of Jairam Ramesh who was renominated from Karnataka as RS candidate– flies in the face of a new norm announced with much fanfare at the three-day Chintan Shivir at Udaipur in Rajasthan last month. The party had declared there would be a limit of five years for a person to hold any post.

The voting for the Rajya Sabha election involves state legislators choosing their nominees. In a bid to capitalise on the resentment among local Congress MLAs and leaders, the BJP has fielded additional candidates for the “extra seat” that they think can be won. So you have Dhananjay Mahadik as BJP nominee in Maharashtra and Lahar Singh in Karnataka for the extra seat eyed by the party.

Similarly, the BJP has announced support for independent candidates like media barons Subhash Chandra in Rajasthan and Kartikeya Sharma in Haryana. In Karnataka, the BJP is trying to corner the Janata Dal (S) for the fourth seat.

In Rajasthan, the Congress, with its current tally, can easily get two of its three candidates elected. It is hoping that it has the support of 11 independents to get its third candidate elected. Pramod Tewari as the third Congress candidate has to bag the vote of every independent MLA who is supporting the Ashok Gehlot government.

Already, one of them, Sanyam Lodha, a former Congressman who won the 2018 Assembly elections as an independent, asked the Congress to “explain” why it didn’t field anyone from Rajasthan.

Media baron Subhash Chandra Goyal has 30 extra votes of the BJP and the support of the three RLP MLAs and needs to get eight votes together to win.

In Haryana, Congress leader Ajay Maken has 31 MLAs, which is just enough to win. Another media baron Kartikeya Sharma has entered the fray, making it difficult for Maken. If two Congress MLAs do not vote for Maken, he will be out of the game.

In Karnataka, each candidate requires 45 votes to win. The BJP, with 119 MLAs, can get two MPs elected easily – Finance Minister Nirmala Sitharaman and actor Jaggesh with 29 votes surplus. The Congress, with 69 MLAs, can also get Jairam Ramesh elected. The Janata Dal (S) has 31 MLAs. But five of its MLAs may not back the official candidate Kupendra Reddy.

In Maharashtra, Pratapgarhi could lose if three Congress MLAs do not turn up to vote for him. In fact, the Shiv Sena and the Nationalist Congress Party (NCP) are unhappy that the Congress chose Pratapgarhi when he hails from Uttar Pradesh.

In Jharkhand, Chief Minister Hemant Soren, an ally of the Congress, broke his pact with Sonia Gandhi to name Mahua Maji as Jharkhand Mukti Morcha’s candidate. Maji and BJP’s Aditya Sahu were declared elected unopposed to the Rajya Sabha. But it could have ramifications for the coalition government of which Congress is the resentful partner.