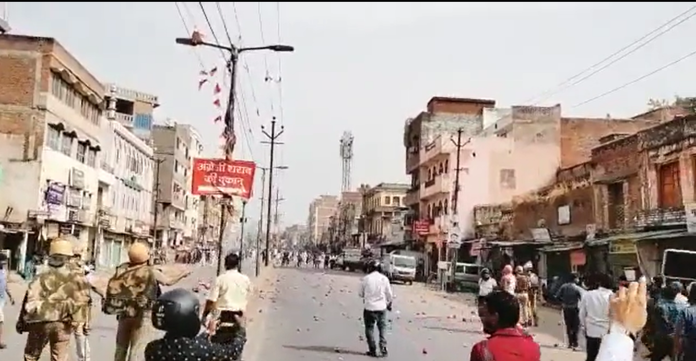 Kanpur: As many as 36 people were arrested and three FIRs have been registered in the Kanpur violence case, informed the officials on Saturday.

The security in the area was also beefed up between Yateem Khana and Parade crossroads in Kanpur.

“…36 people have been arrested while three FIRs have been registered so far. More people are being identified on the basis of the video,” said Police Commissioner, Vijay Singh Meena.

“Action under Gangster Act will be taken against conspirators and their property will be either seized or demolished,” he further stated.
A violent clash broke out between two groups belonging to different communities allegedly over a market shutdown in Kanpur in Uttar Pradesh on Friday.

Two persons and one policeman were injured in the aftermath of the clashes.

The violence started after some people tried to shut down shops which were opposed by the other group, said the police.

Further investigations in the matter are underway.