Sonali Bendre To Hit The Screens With ‘The Broken News’ | Newsmobile
Wednesday, August 17, 2022 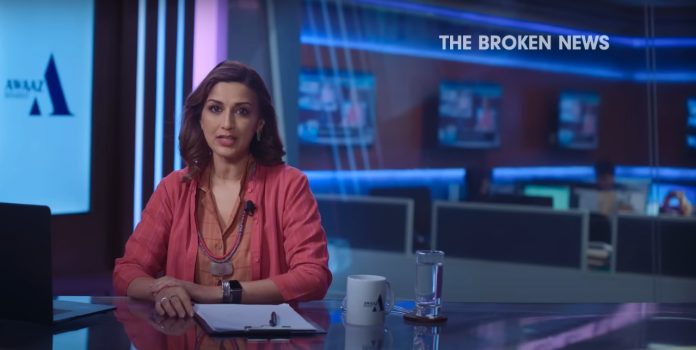 New Delhi: After defeating cancer, actor Sonali Bendre is all set to make her OTT debut in an upcoming series ‘The Broken News’.

The Zee 5 series will release on June 10, in Hindi, Tamil and Telugu.

The show is based on the battle between two media houses. Sonali Bendre will be seen in the role of a journalist fighting for truth against the head of a competitor news channel. The role is performed by Jaideep Ahlawat whose motive is to make news for entertainment, power and viewers.