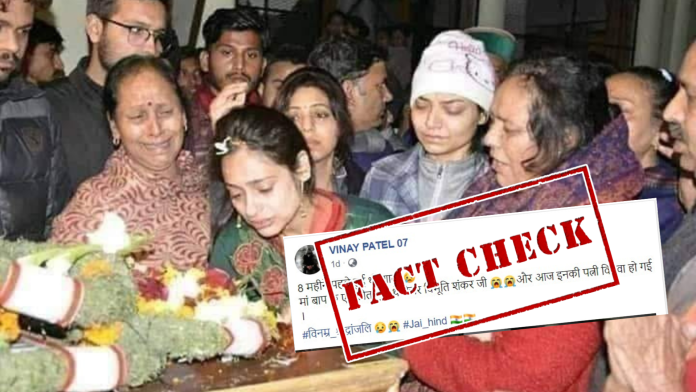 A picture has surfaced on the internet with a claim that the picture is of the funeral of Major Vibhuti Shankar who was martyred (today).

(English Translation: “Got married 8 months ago. Major Vibhuti Shankar was the only son of his parents and today his wife became a widow.”) 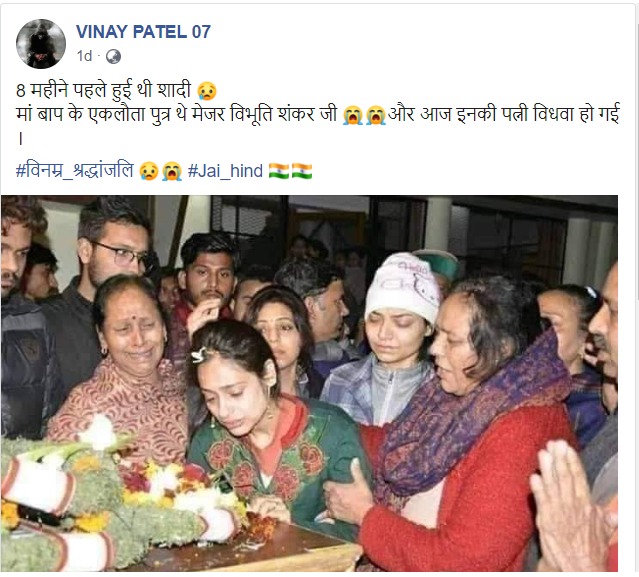 On putting the picture through Google Reverse Image Search, we found several reports from 2019 where the same image was featured. According to reports, the picture is from the funeral of Major Vibhuti Shankar who was martyred on February 18, 2019, during an operation in Jammu and Kashmir’s Pulwama in which five terrorists were killed and 200 kg of explosives were recovered.

It is to be noted that in May 2021, Major Vibhuti Shankar’s wife Nitika Kaul was commissioned into the Indian Army.

Hence, in conclusion, we can say that the picture in question is old and has resurfaced with a misleading claim.