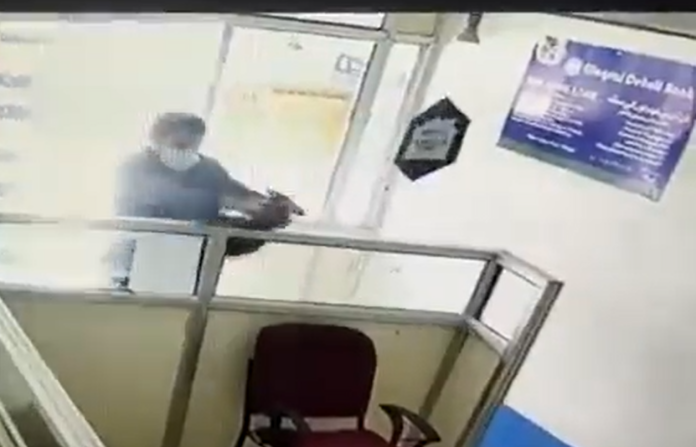 Srinagar: In another attack on civilians, a bank manager was shot dead by terrorists in Jammu and Kashmir’s Kulgam on Thursday.

The bank manager, Vijay Kumar, who hailed from Rajasthan was fired upon by terrorists at Ellaqie Dehati Bank at Areh Mohanpora in Kulgam district, police said.

He received grievous gunshot injuries in this terror incident. He is a resident of Hanumangarh, Rajasthan. The area has been cordoned off, Police added.

Meanwhile, people belonging to the Hindu community employed in Kashmir staged a protest in Jammu and demanded security for members of their community.

Earlier on Tuesday, a 36-year-old migrant Kashmiri Pandit and high school teacher Rajni Bala was shot dead by terrorists in the Kulgam district of Jammu and Kashmir. Over the last two months, two civilians – including Kashmiri Pandit employee Rahul Bhat — and three off-duty policemen were killed in Kashmir by terrorists.

Union Home Minister Amit Shah and Jammu and Kashmir Lieutenant Governor Manoj Sinha are likely to hold a high-level meeting here in the national capital on June 3 over the killings of Kashmiri Pandits in the Union Territory in the last few days, official sources said.

It is learnt that National Security Advisor Ajit Doval and Jammu and Kashmir Director General of Police Dilbagh Singh will also participate in the meeting that is expected to start on the scheduled date in the first half of the day.