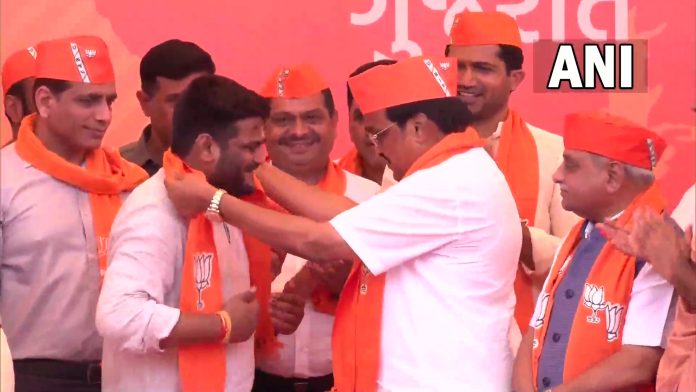 Ahmedabad: Once a critic, now the Patidar leader, Hardik Patel, has joined the Bharatiya Janata Party (BJP) on Thursday days after quitting Congress ahead of the Gujarat elections.

Patel said that he will work as a “small soldier” under Prime Minister Narendra Modi. He added that “With the feelings of national interest, state interest, public interest and social interest, I am going to start a new chapter from today. I will work as a small soldier in the noble work of service to the nation under the leadership of the successful Prime Minister of India, Narendra Modi,”.

In a tweet in Hindi, he said that he is “starting a new chapter from today” with the motive of national and public interest.

BJP puts up hoardings and banners welcoming Hardik Patel to the party outside their office in Gandhinagar.