Home NM FACT CHECKER Fact Check: Man In This Picture With CM Bhagwant Mann Is NOT... 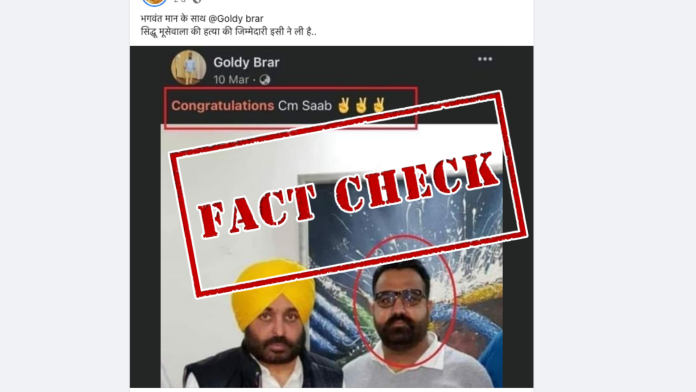 Following the gruesome murder of Punjabi singer, Sidhu Moose Wala, a picture of Punjab Chief Minister, Bhagwant Mann has surfaced on the internet in which he can be seen with a man. It has been claimed that the man in the viral picture is Goldy Brar who took the responsibility for the act.

The picture of a screenshot of a Facebook post has surfed in which the profile goes by the name Goldy Barar and the caption reads “Congratulations CM saabh”.

(English Translation: “Goldy Brar along with Bhagwant Mann…this is the one who has taken the responsibility of killing Sidhu Musewala” 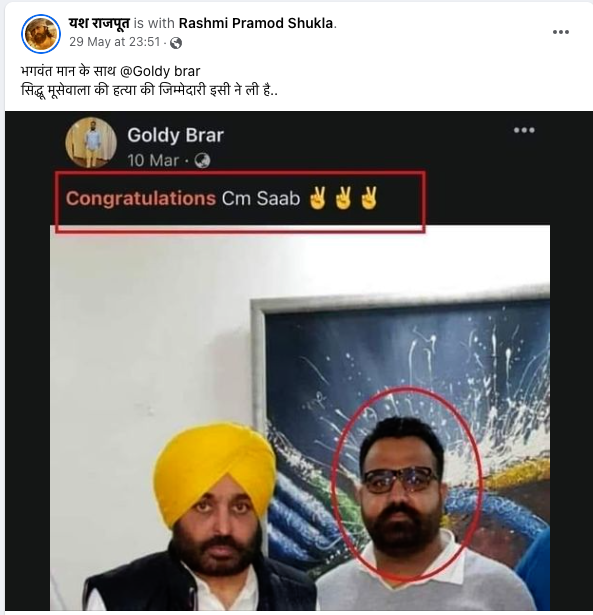 We initiated our investigation by searching Goldy Brar on Facebook which led to multiple profiles by this name. We then matched the profile picture in the viral screenshot and found the profile from which the above picture (with Bhagwant Mann) was posted.

While scanning the profile, we came across a video by the same man himself in which he clarified that his picture with CM Mann is being misused and is being shared with false claims.

Speaking in Punjabi, he said, “I am Goldy Brar, son Rajinder Singh resident of village Jandwala. After the tragic incident of Sidhu Musewala’s murder, my picture with CM Bhagwant Mann is being misused by social media just becasue my name is Goldy Brar.” 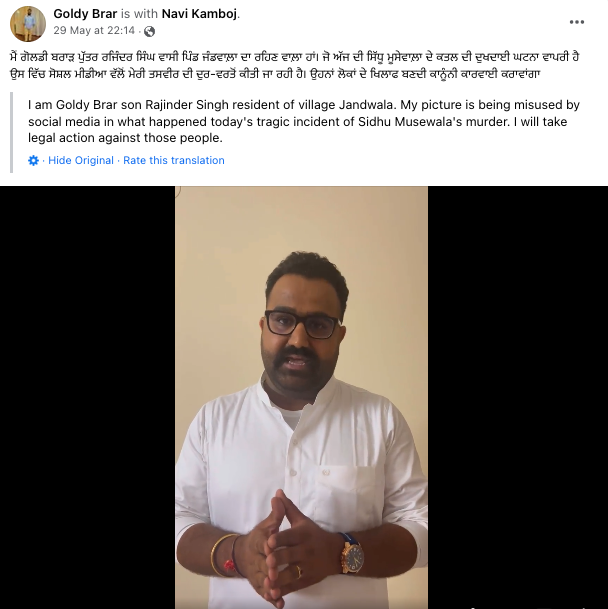 Hence, with the finds, it can be concluded that the man with Bhagwant Mann is not the Goldy Brar who took the responsibility for Sidhu Moose Wala’s murder.