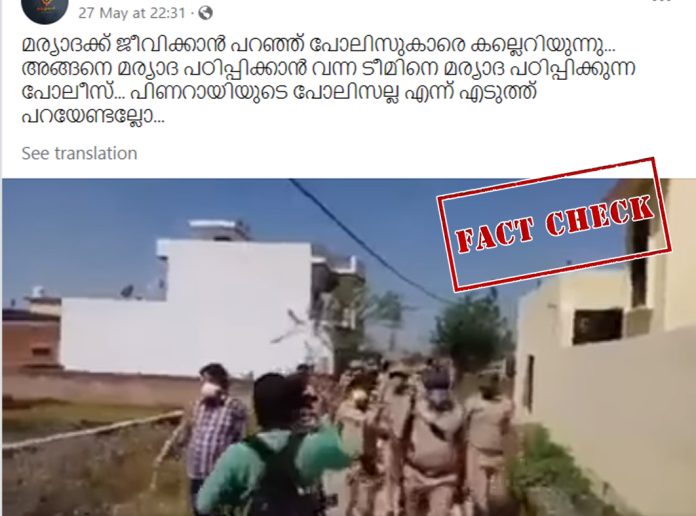 A video of cops chasing and arresting people is being shared on social media platforms, claiming that it shows recent videos of police in north India arresting people who were pelting stones at them. 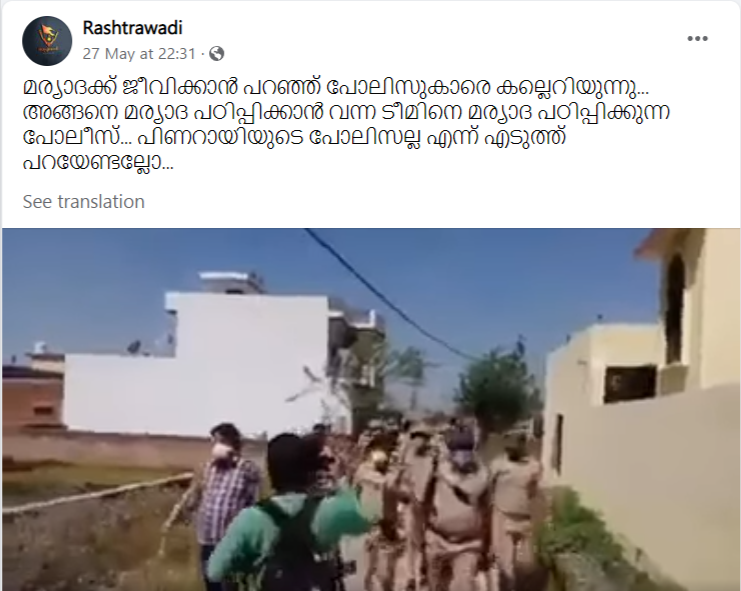 NewsMobile fact-checked the post, and found the claim to be untrue.

We extracted the keyframes of the video and put them through a Reverse Image Search. The search led us to the same video featured in a report by NDTV, dated April 6, 2020. 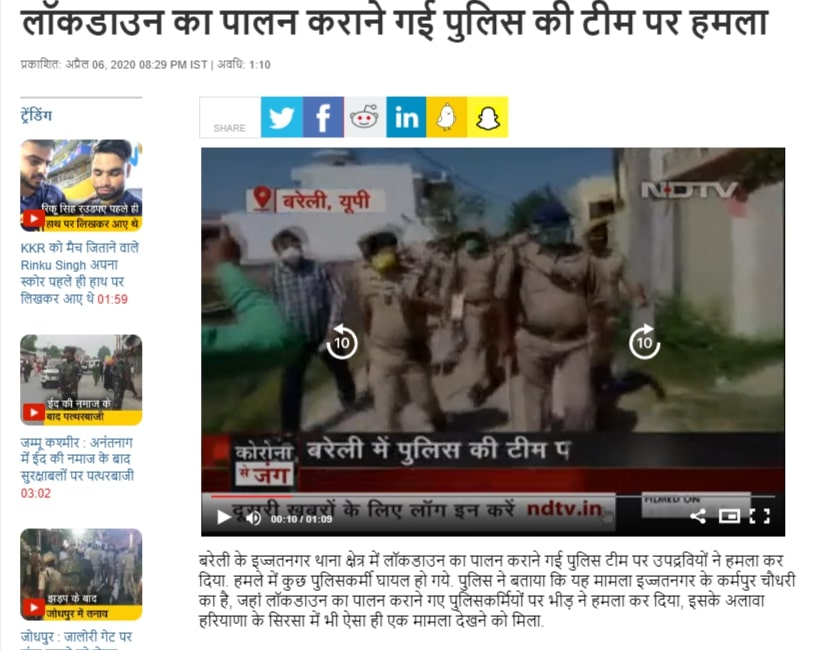 According to the report, the video is from Bareilly in Uttar Pradesh where people were flouting lockdown, and attacked the police when they were asked to follow lockdown protocols. News 24 also covered the same incident in April 2020, where a few police personnel were also reportedly injured.

According to a News18 report, the incident took place at Karampur Chaudhary village in Bareilly district. The police detained 40-50 people following the incident.

Hence, from the above fact-check, it is clear that the viral video is old and is being shared with a misleading context.