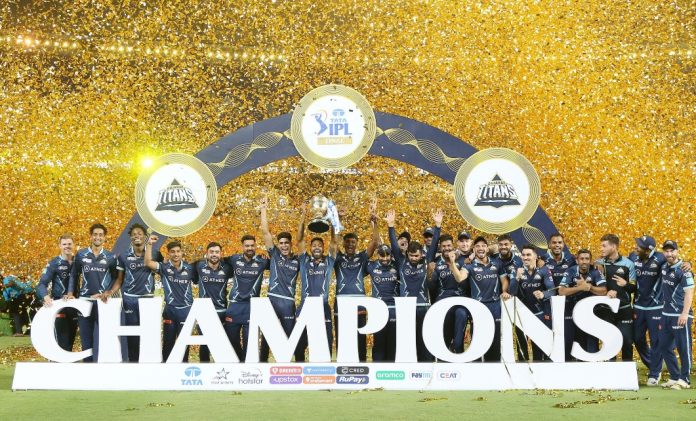 The ultimate battle of months comes to an end with Gujarat Titans claiming their first-ever title by beating Rajasthan Royals in the finals of the Indian Premier League.

Here are some shots that are worth looking at.

Gill finishes off and guides the team to the victory in the most important match!

Over a lakh strong!