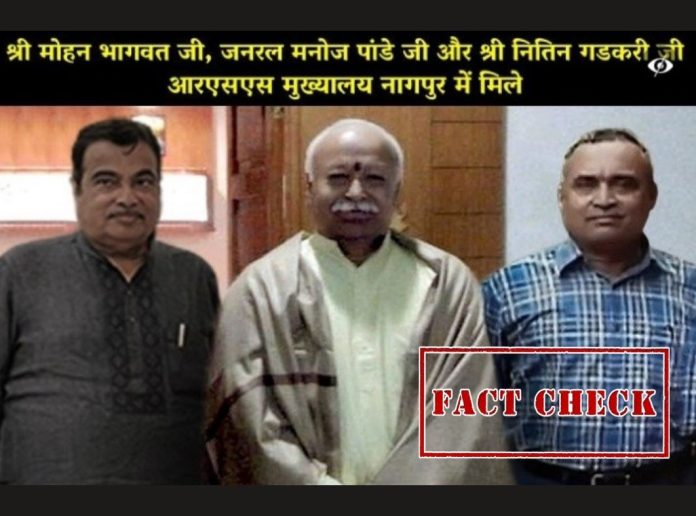 An image showing Chief of Army Staff (CoAS) General Manoj Pande along with RSS Chief Mohan Bhagwat and Union Minister Nitin Gadkari has surfaced on social media. The captions shared with the image imply that the visuals are from a meeting where all three met.

A Facebook user shared the image with the caption, “What is Army General Manoj Pandey doing here with Mohan Bhagwat ?” 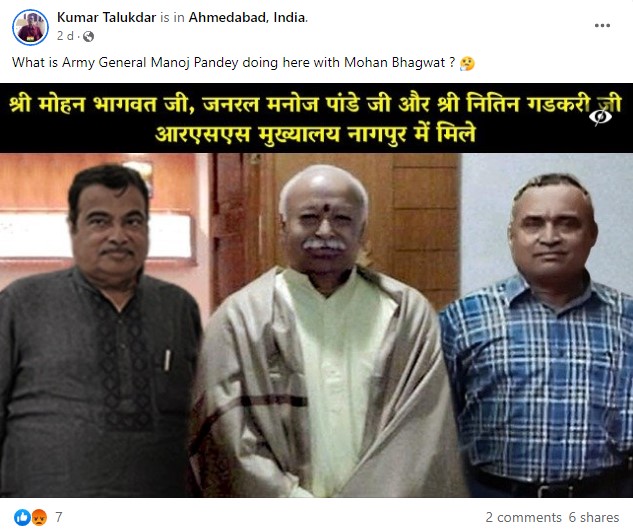 The same image is also doing rounds on Twitter.

NewsMobile fact-checked the viral image and found it to be fabricated. 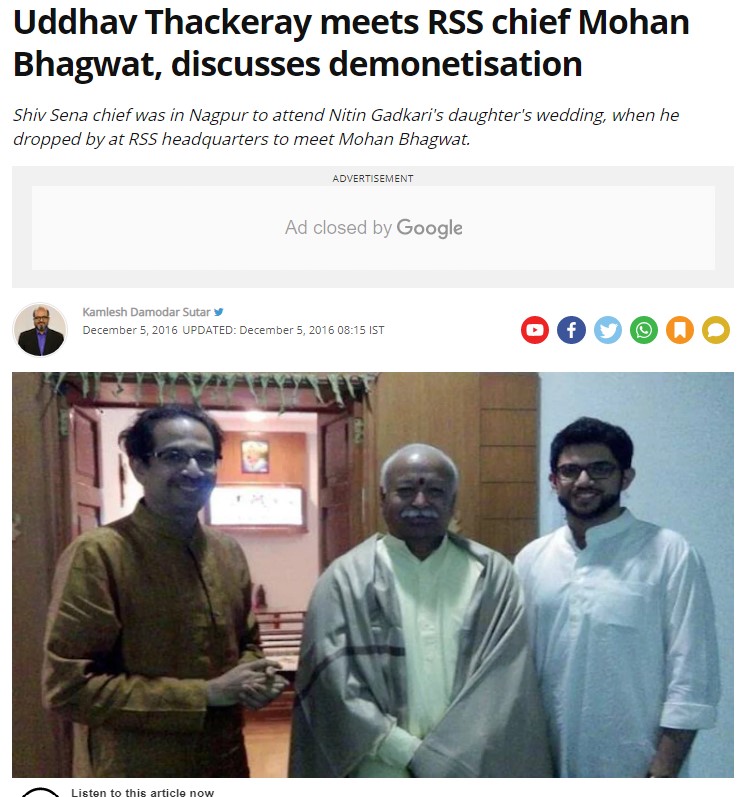 We realised that the viral image has been edited digitally by adding images of Nitin Gadkari and CoAS Manoj Pande.

On searching Further, we found Nitin Gadkari’s photo in an article where he could be seen with MNS Party chief Raj Thackeray. Also, we found General Manoj Pande’s image that has been used in this report by ETV Bharat.

Below is the comparison between the original images and the viral image. 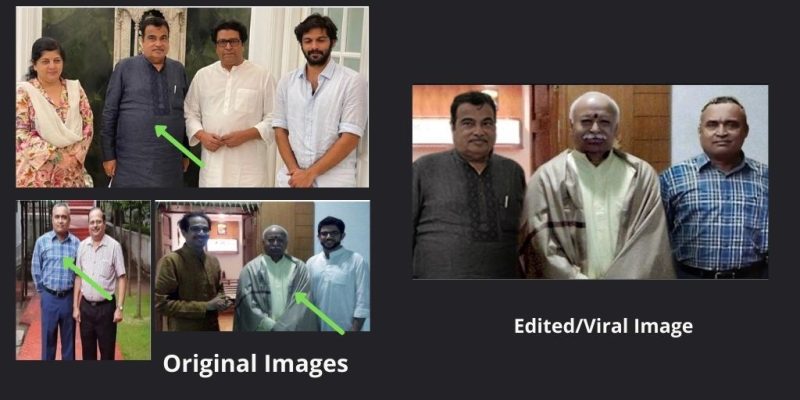 Therefore, with the above information, it can be concluded that an edited image is being shared to give a false impression.