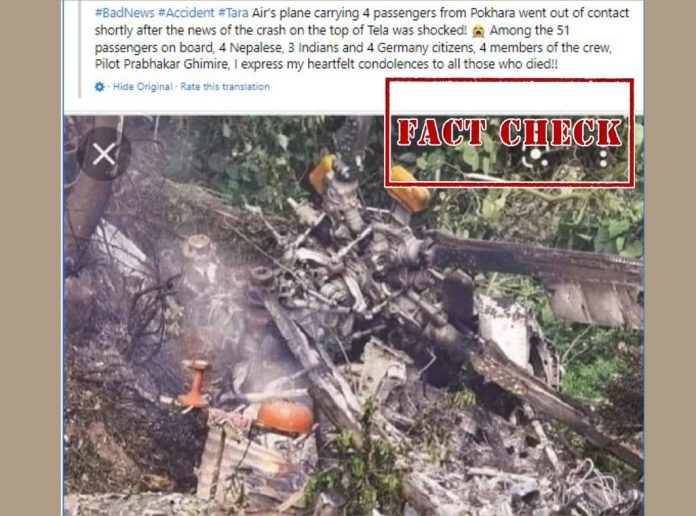 Tara Air’s 9 NAET twin-engine aircraft went missing in the mountainous district of Mustang, Nepal, on May 29, 2022, and the debris was found at Kowang village.

The aircraft carrying 22 passengers, including four Indians was flying from Pokhara to Jomsom at 9:55 am and had lost contact, after reaching the Lete area of Mustang which was later found crashed.

A Facebook user shared the image with a caption that translates to, “#BadNews #Accident #Tara Air’s plane carrying 4 passengers from Pokhara went out of contact shortly after the news of the crash on the top of Tela was shocked! Among the 51 passengers on board, 4 Nepalese, 3 Indians and 4 German citizens, 4 members of the crew, Pilot Prabhakar Ghimire, I express my heartfelt condolences to all those who died!! (sic).” 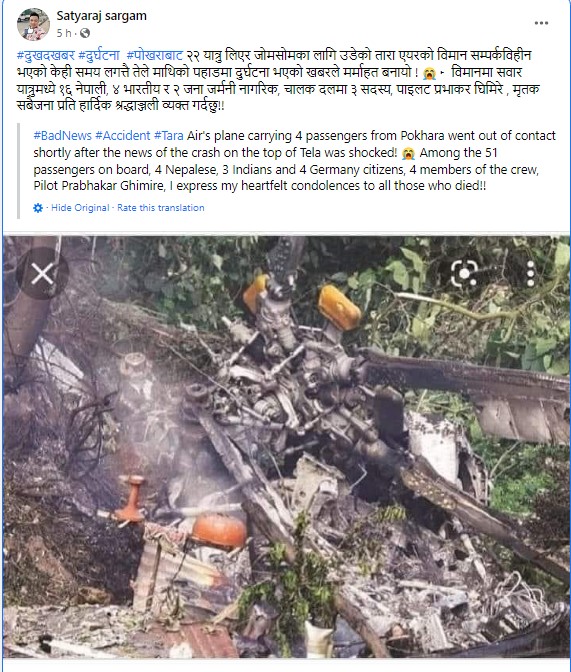 NewsMobile fact-checked the viral image and found it to be unrelated to Tara Air’s 9 NAET twin-engine aircraft that crashed in Nepal.

We performed a Reverse Image Search and found the viral image in an India Today report published on December 9, 2021. As per the report, the image was of the debris of IAF’s Mi-17V5 chopper that crashed on December 8, 2021, near Tamil Nadu’s Coonoor with Chief of Defence Staff (CDS) General Bipin Rawat, his wife Madhulika Rawat, and 11 other persons on board.

“Chief of Defence Staff (CDS) General Bipin Rawat, his wife Madhulika Rawat, and 11 other persons who were on board IAF’s Mi-17V5 chopper died after it crashed near Tamil Nadu’s Coonoor on Wednesday,” the caption read. 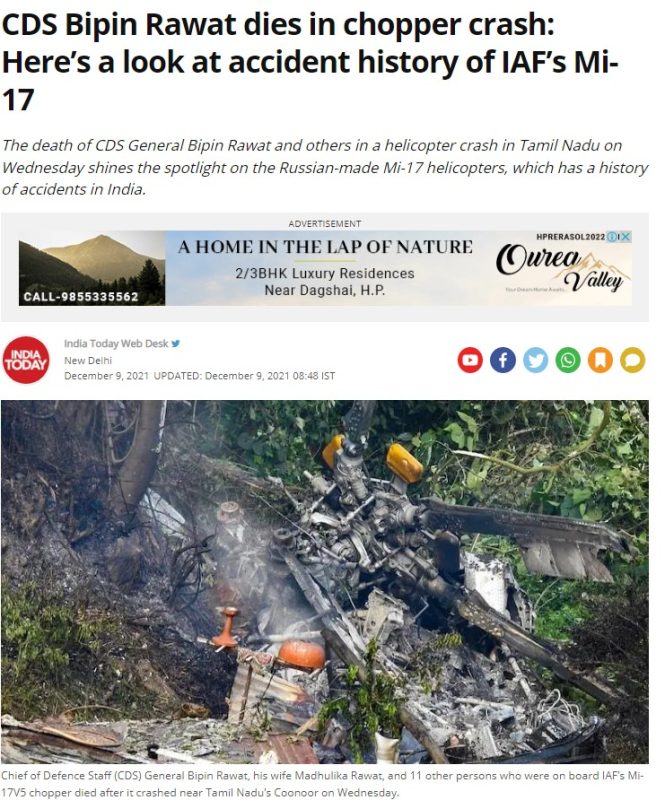 Hence, with the above information, it can be concluded that the image is being shared with a misleading claim.