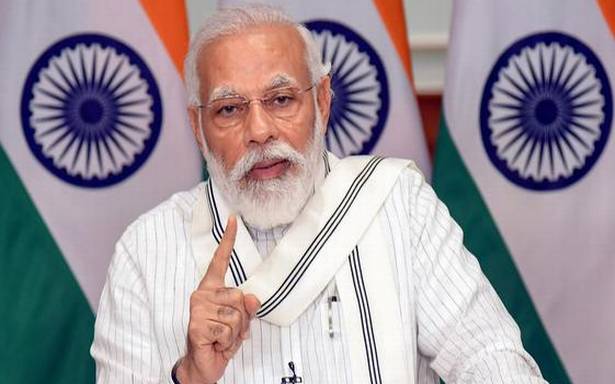 In the 89th edition of his monthly ‘Mann ki Baat’, Prime Minister Narendra Modi on Sunday lauded the rapid growth of unicorns across the country and said the trend has reflected the forceful spirit of “new India”.

Highlighting that the number of unicorns has struck a century mark on May 5, PM Modi said, “Our unicorns are diversifying and the world of startups is reflecting the spirit of new India, with entrepreneurs also coming from small cities and towns. A few days ago, our country achieved such a milestone that inspires all of us and gives us renewed confidence in India’s capabilities. You feel elated when an Indian batsman scores a century. However, India has scored a century in another area with is quite unique. Currently, the total worth of these unicorns is about Rs 330 billion dollars, while each of the unicorn is worth Rs 7,500 crore.”

Forty-four out of total unicorns were formed last year; even in the period of pandemic our startups continued to create wealth and value, said PM Modi.

Comparing the trend of the growth of Unicorns in India with developed countries, including USA and UK, the Prime Minister said that the average annual growth rate of Indian Unicorns is more than those of the USA, UK and many other countries which manifest the entrepreneurial spirit and living force of India’s youth.

He further said that last year India had 44 unicorns and this year, the country built 14 unicorns.

He said that the good thing about Indian Unicorns is that they are diversifying and are operating in many fields like E-commerce, Fin-Tech, Ed-Tech, Bio-Tech.

The Prime Minister said that India’s startup ecosystem has penetrated to the ruler and grassroots levels.

“Today, India’s start-up ecosystem is not limited to just big cities; entrepreneurs are emerging from smaller cities and towns as well. This shows that in India, the one who has an innovative idea, can create wealth,” he added.

“I am confident that in the coming future we will witness startups reaching new heights in India. Right mentoring can take a startup to new heights. India has many such mentors who are committed to help bring more startups in the country,” he said.

“Right mentoring is very important when it comes to startups. Sridhar Vembu, is one such example, who is connecting rural youth to the startup world. Vembu has recently received the Padma Award. He himself is a successful entrepreneur, but now he has also taken up upon himself the task of grooming other entrepreneurs. Shridhar has started his work from a rural area,” PM said.