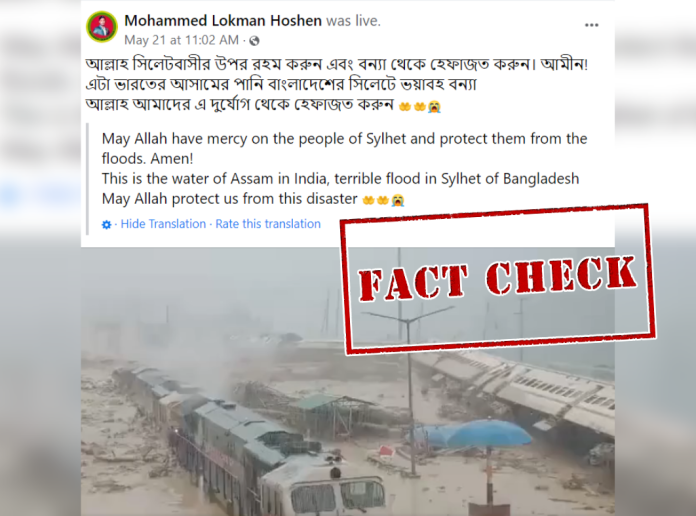 Assam and several parts of Bangladesh have been battling severe floods for over two weeks now. According to news reports, “Floodwaters have submerged villages in the north-eastern Indian state of Assam and have impacted roughly two million people in the Sylhet region of Bangladesh.”

Against this backdrop, a video showing a submerged railway station is being widely shared on social media claiming it is from the Sylhet region of Bangladesh.

(English translation: May Allah have mercy on the people of Sylhet and protect them from the flood. Amen! This is the water of Assam in India, the terrible flood in Sylhet, Bangladesh May Allah protect us from this calamity) 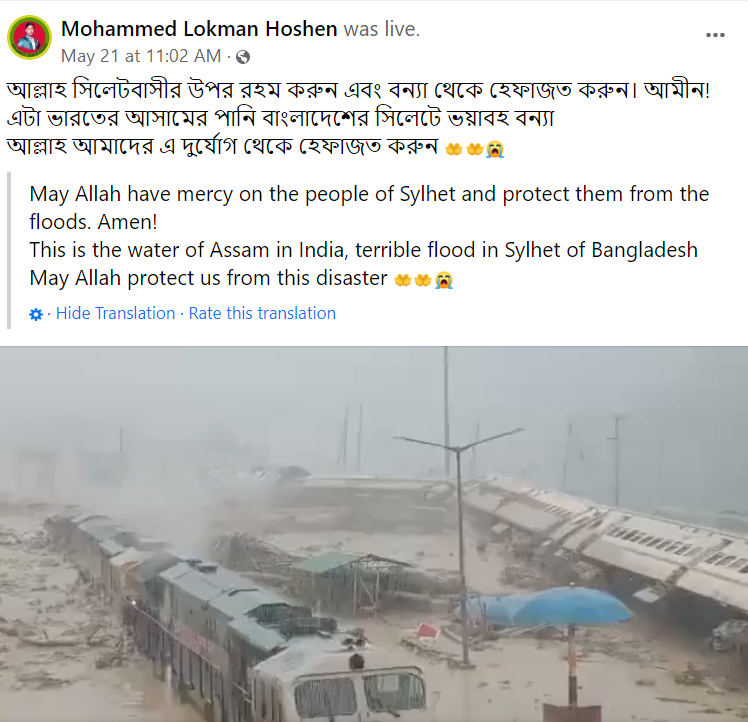 Using the InVid Tool, we extracted keyframes from the viral video and performed a Reverse Image Search. This search directed us to several media reports that carried the same visuals claiming that they showed submerged Haflong railway station in Assam. Check a similar news report here. 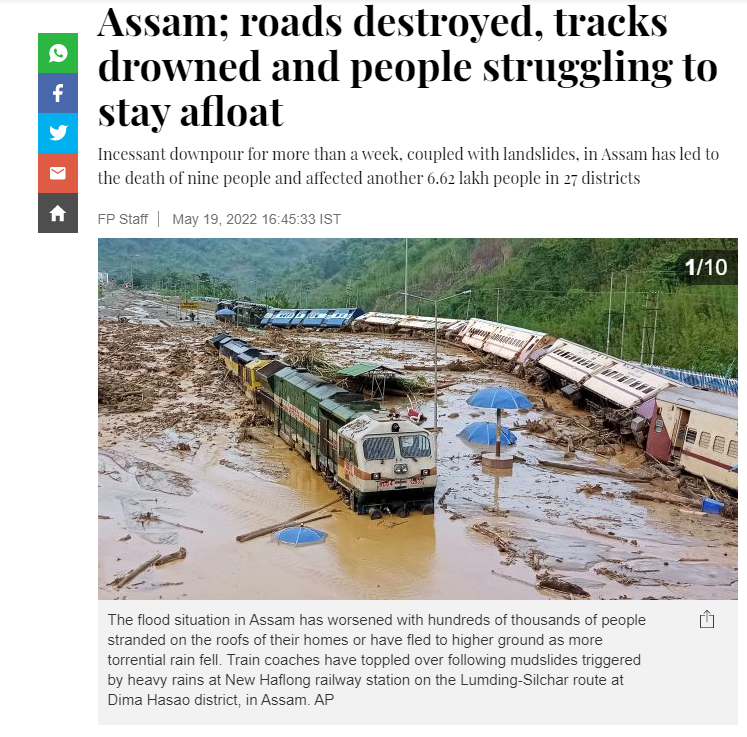 We also found the same video uploaded by a Twitter user on May 17, 2022, with the caption, “Empty passenger train stranded at worst landslide and flood-hit Assam’s New Haflong Station of Dima Hasao being derailed by the strong gush of water and mud flowing down the hills.” 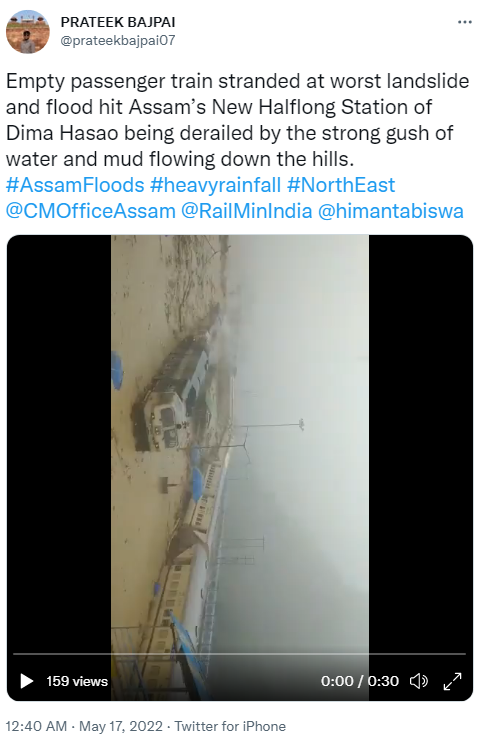 Taking a cue from this, we searched further and found the same video uploaded on the YouTube channel of CNN-News 18 on May 17, 2022, with the description, “A passenger train stranded due to floods in the railway tracks after heavy rainfall in Assam’s Dima Hasao district, being derailed by the strong gush of water and mud flowing down the hills.”

We also found the same visuals uploaded in a tweet by NDTV on May 17, with the text, “#AssamFloods | 20 districts, over 92,000 people affected by flash floods; at least 7 dead in floods and landslides in the past 2 days. Rail links to southern Assam, Tripura and Mizoram remain suspended for the past 2 days.”

#AssamFloods | 20 districts, over 92,000 people affected by flash floods; at least 7 dead in floods and landslides in the past 2 days.

Rail links to southern Assam, Tripura and Mizoram remain suspended for the past 2 days. pic.twitter.com/HtCGDgmGur

Thus, it is evident from the above information that a video showing devastation caused by floods in Assam is being falsely linked to Bangladesh floods.