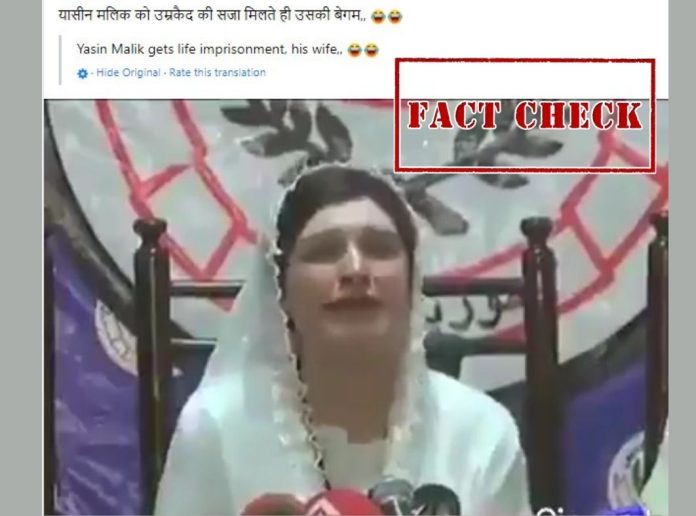 Kashmiri separatist Yasin Malik was sentenced to life imprisonment by a special National Investigation Agency (NIA) court on May 25, 2022, in a case related to terror funding.

Following this, a video clip has surfaced on social media purportedly showing Malik’s wife breaking down in what appears to be a press conference. In the video, she says that she’ll pray for her husband. 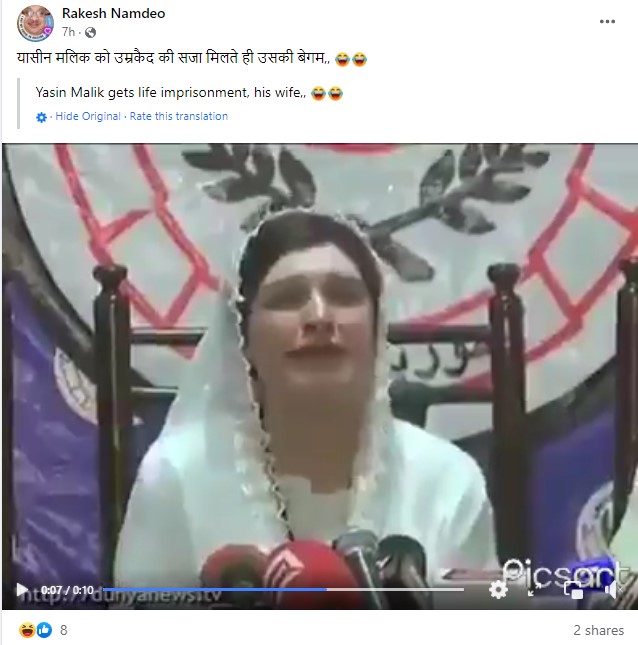 NewsMobile fact-checked the viral video, and found it to be shared with a false claim.

On performing relevant keyword searches, we found the longer version of the video on the Lahore News HD YouTube channel on April 21, 2019. The title suggests that Mishal Malik broke down while discussing Yasin Malik’s health.

In the video, one can see Yasin Malik’s wife, Mashal Malik, breaking down during a press conference in Lahore regarding the poor health condition of Yasin Malik, when he was admitted to a hospital in New Delhi after his health deteriorated during a hunger strike in the custody of National Investigation Agency in 2019.

The relevant section can be seen at 50 seconds mark in the video.

An image from the same conference can also be found on the stock images website alamy.com which was uploaded on April 20, 2019.

Therefore, with the above information, it can be concluded that the video in question is being shared with a false claim.