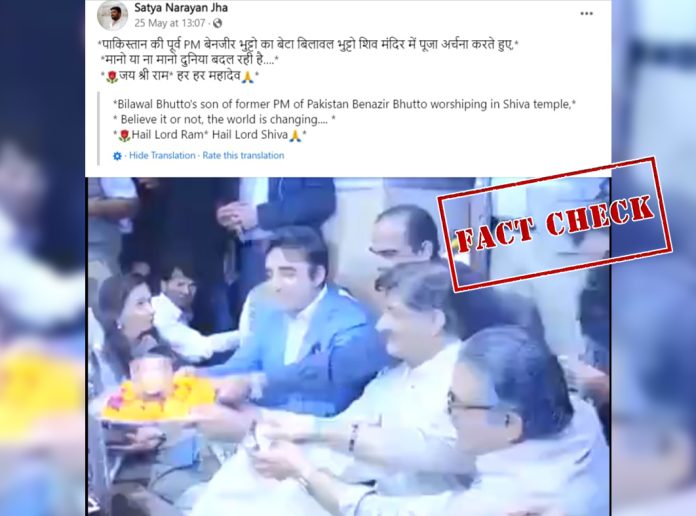 A video of Pakistan FM and Pakistan Peoples Party President Bilawal Bhutto Zardari praying in a temple is being circulated on social media with a claim suggesting that the video was shot recently. 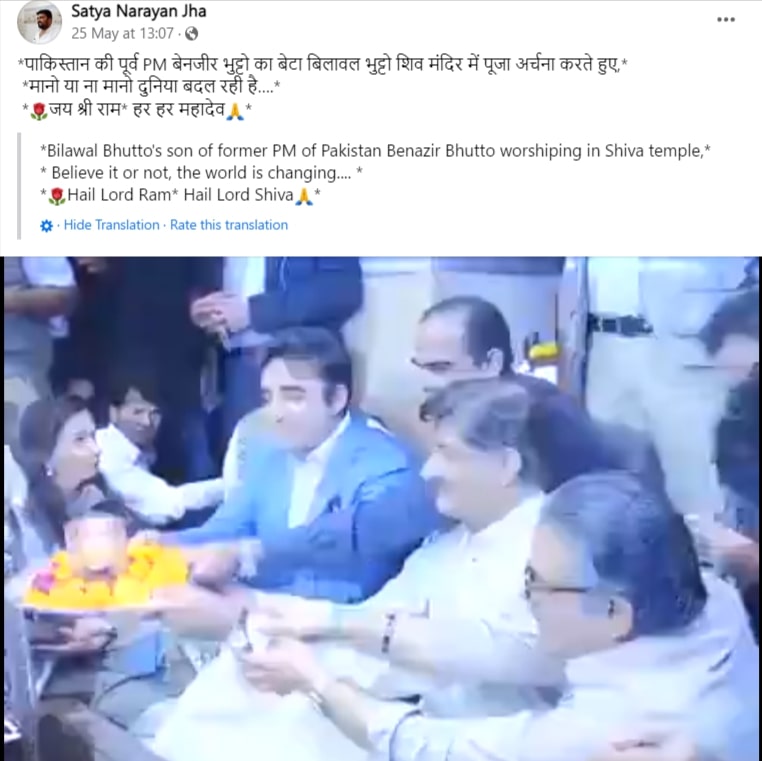 We ran a keyword search and found a report by Asianet News Hindi which featured the same video. 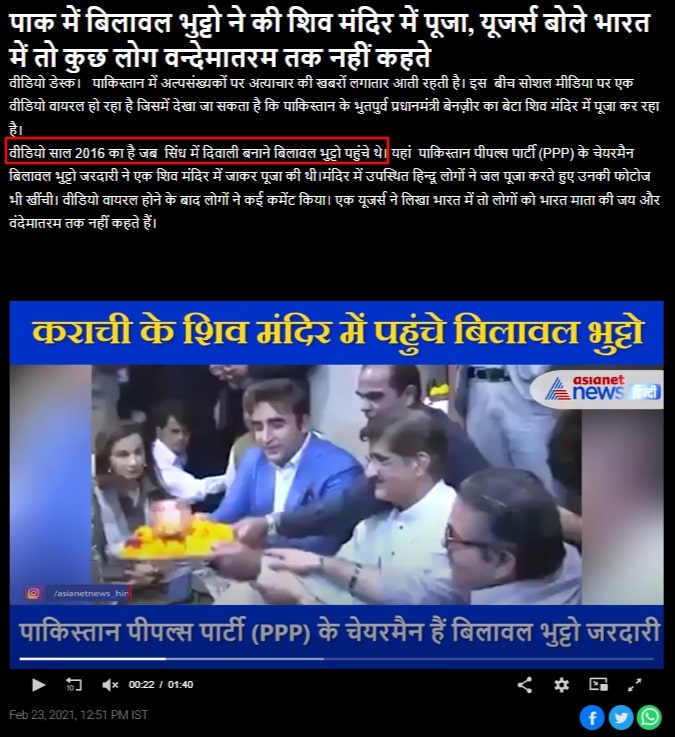 The report dated February 23, 2021, mentioned that the viral video was taken in 2016 when Bilawal Bhutto went to a temple on the occasion of Diwali.

News 24 also uploaded the same video on their YouTube channel on November 5, 2016. The title of the video read: “Bilawal Bhutto’s offering to Lord Shiva on Diwali at Karachi temple”.

A video of the same was also uploaded on the official Twitter account of the Pakistan Peoples Party on October 31, 2016. The video was captioned, “On the eve of #Diwali: Chairman #PPP @BBhuttoZardari visits Shiv Mandir Karachi and takes part in Diwali celebration with Hindu community.” 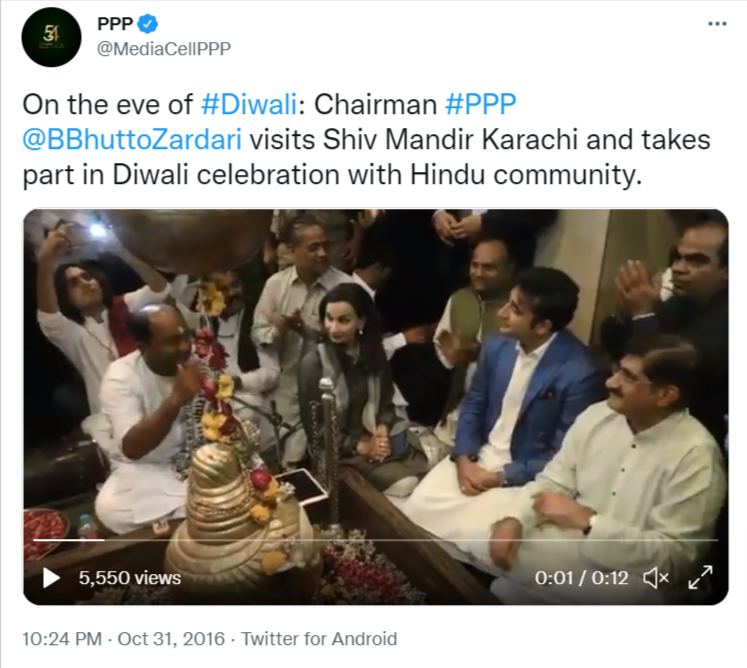 Thus, from the above information, it is clear that the video is old.