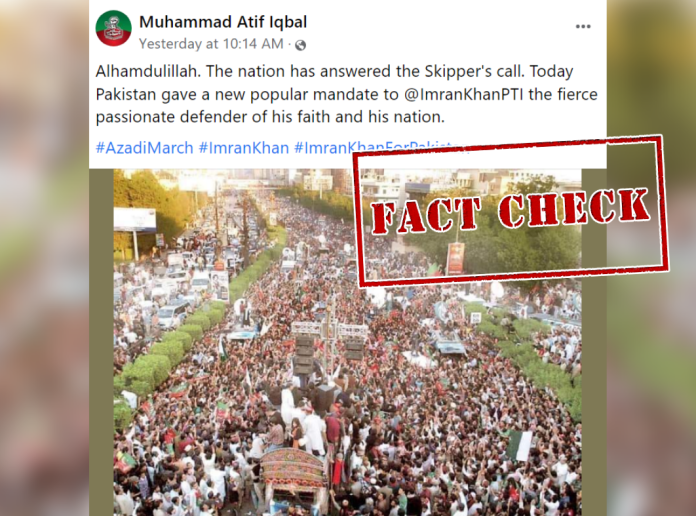 Imran Khan was ousted as Pakistan Prime Minister on April 10, 2020, through a no-confidence vote in the National Assembly. Khan has since then conducted protest demonstrations around the country, often drawing crowds in the tens of thousands. According to media reports, Imran Khan’s political party recently organised an ‘Azadi March’ in Islamabad which led to the deployment of the Pakistan Army in the capital city.

Against this backdrop, an image is being widely shared on social media claiming that it shows a recent rally in support of Imran Khan. The image is being shared on Facebook with the caption, “Alhamdulillah. The nation has answered Skipper’s call. Today Pakistan gave a new popular mandate to @ImranKhanPTI the fierce passionate defender of his faith and his nation.” 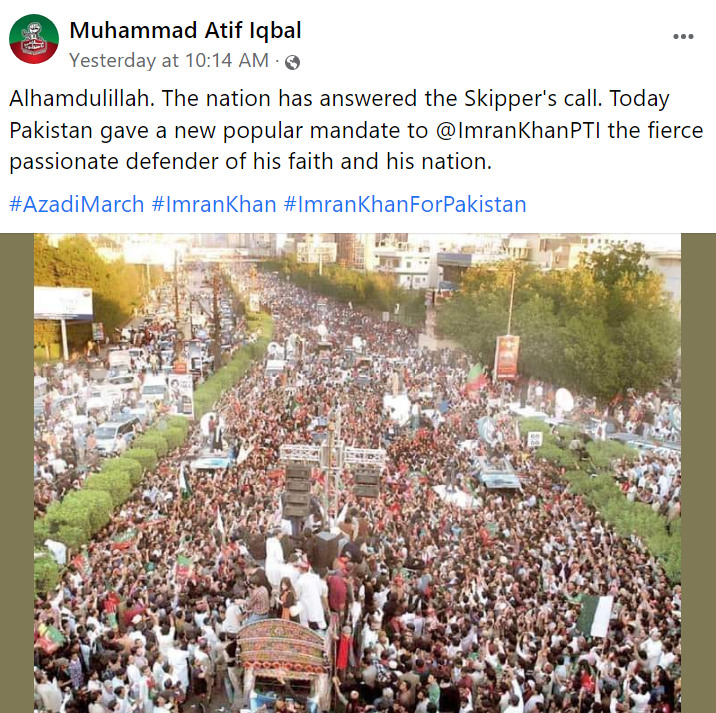 Doing a simple Reverse Image Search directed us to a news report published by The Express Tribune on December 12, 2014, that carried the same viral image. The article read, “Thousands of people swamped the streets of Karachi on Friday in support of Pakistan Tehreek-e-Insaf (PTI) chief Imran Khan, as the party’s first attempt to shut down the city remained fairly successful with traffic off the roads and many markets closed.” 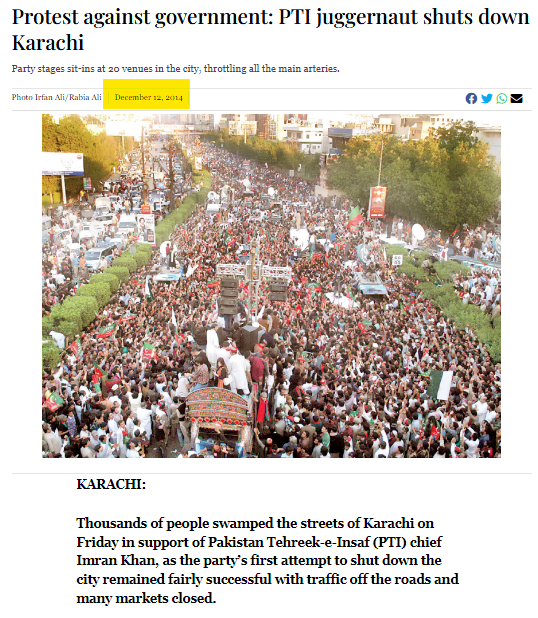 We also found the same image uploaded on Alamy dated December 12, 2014, with the caption, “Supporters of Pakistani politician Imran Khan gather during an anti-government protest in southern Pakistani port city of Karachi on Dec. 12, 2014. Pakistan Tehreek-e-Insaf (PTI) or Justice Movement holds a massive protest rally against the government in Karachi on Friday, local media reported.”

According to news reports, Imran Khan’s PTI had called for nationwide rallies against the then Nawaz Sharif government for allegedly manipulating the 2013 elections. On December 12, 2014, sit-in demonstrations were held in Karachi. Many other media reports also reported the same protest in 2014. Check here, here, here.

Thus, it is evident from the above information that an image from 2014 is being falsely shared as a recent rally in support of ousted Pakistan Prime Minister Imran Khan. Therefore, the viral claim is misleading.