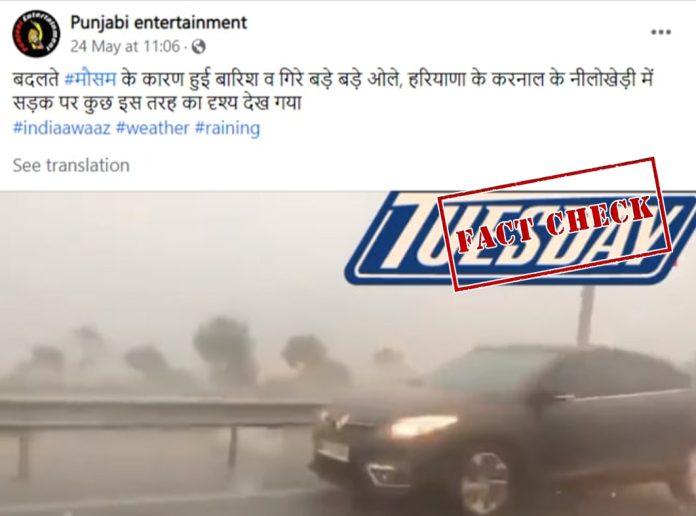 As several Indian cities witnessed heavy rains over the past few days, several videos and pictures claiming to be recent started doing rounds on social media.

(English Translation: Due to the changing weather, people witness rain and heavy hailstorm, such a scene was seen on the road in Nilokhedi, Karnal in Haryana.) 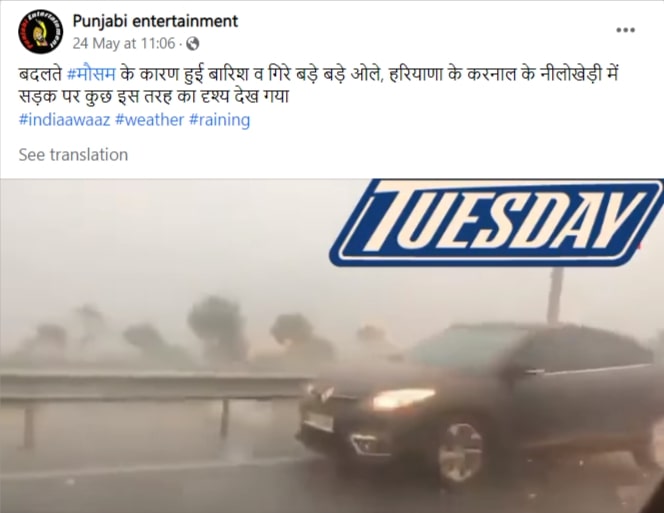 NewsMobile fact-checked the video and found that it is not from India.

We extracted keyframes of the video and put them through a Reverse Image Search. The search led us to the same video, which was uploaded on YouTube in 2017. The caption of the video mentioned that it is from Gujarat. 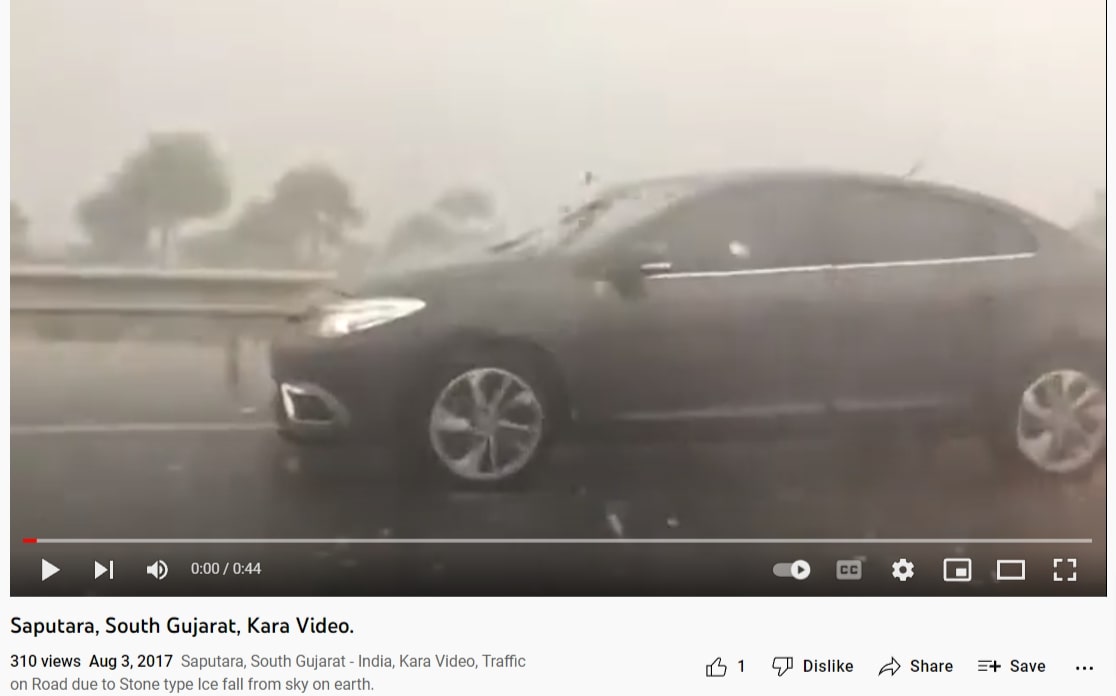 On closely analysing the video, we noticed that the number plate of one of the cars was visible in the video. The number starts with ’34’ instead of the alphabet, which is the standard Indian format. 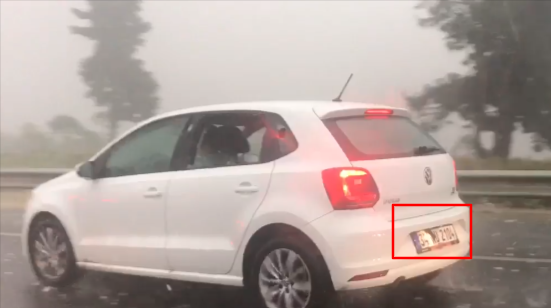 We then ran a search and found that car number plates in Turkey start with digits and have the same format.

We then ran a keyword search along with a Reverse Image Search and found that the same video was uploaded on Bild channel. They shared the video on July 28, 2017, with the caption (translated via Google), “Hailstorm in Istanbul – Grains smash car windows.” 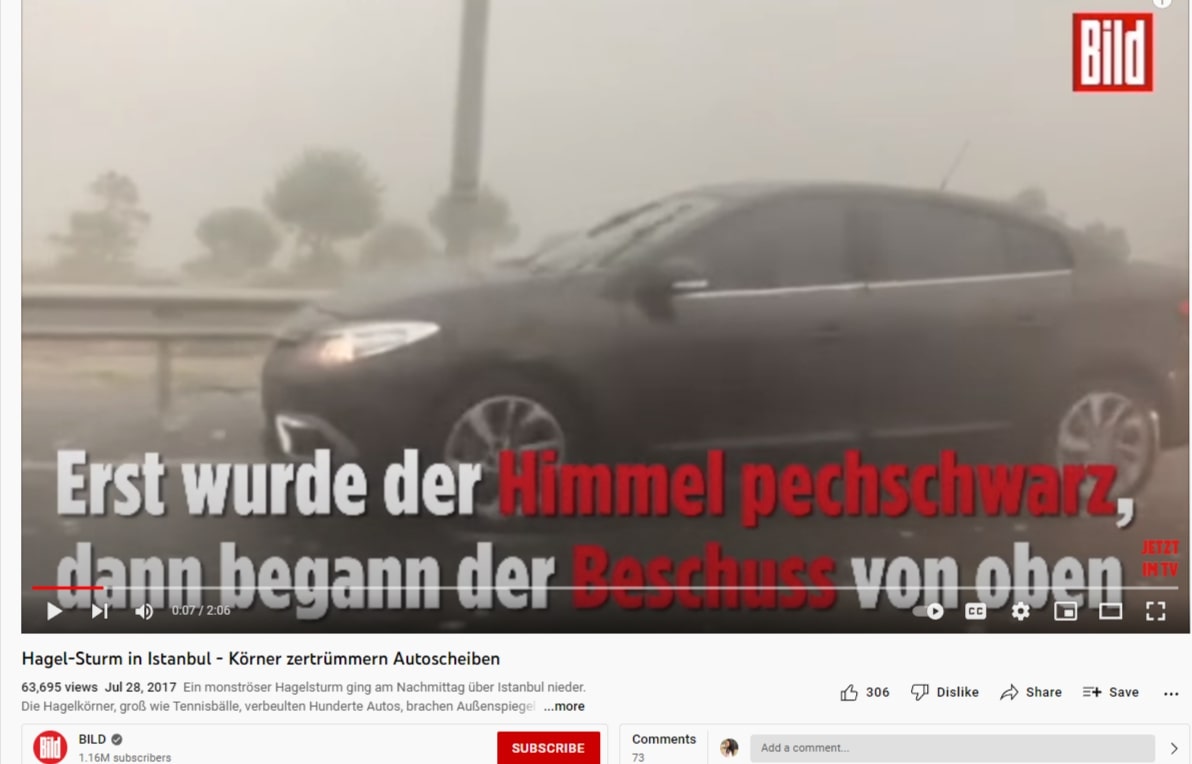 The same video was also uploaded by Kai Diekmann, who was the chief editor of Bild from January 2001 to December 2015. He shared the video with the caption, “I’ve never experienced hail like this before! #Istanbul.” 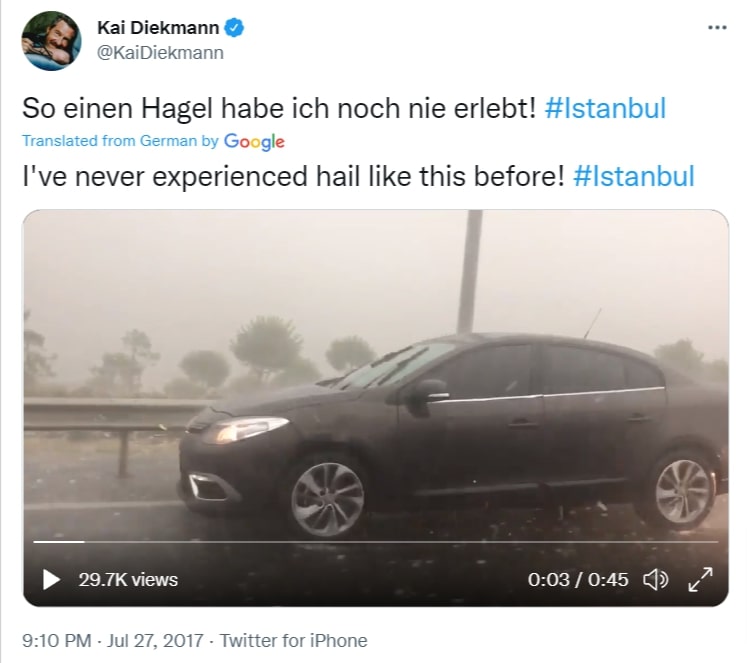 In another tweet, he also clarified that the video was taken by him in July 2017 in Istanbul. 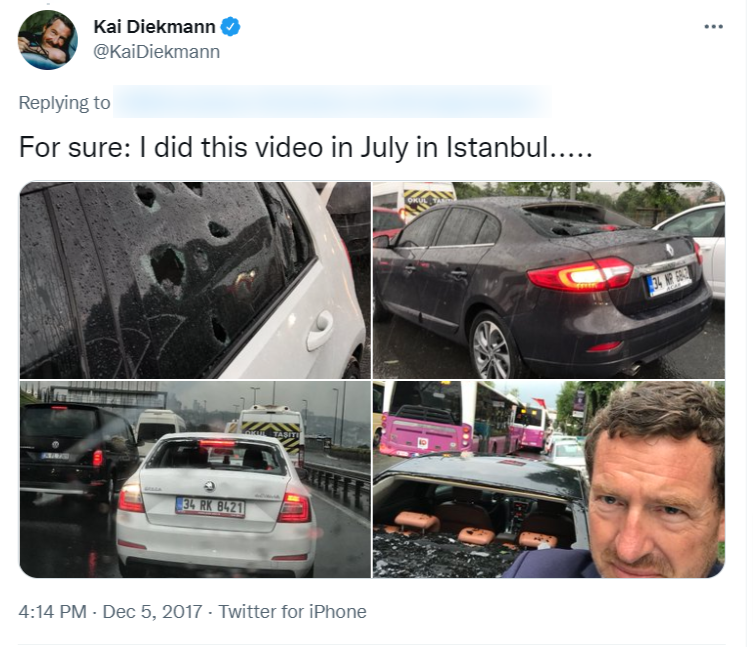 Hence, from the above information, it is clear that the video in circulation is old and NOT from India.