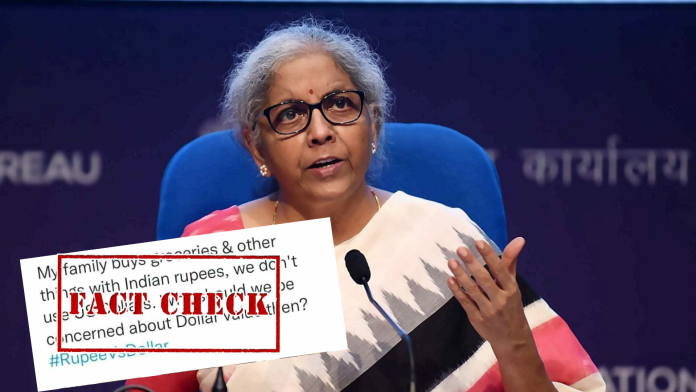 A picture post is doing the rounds on social media with a quote attributing to Finance Minister Nirmala Sitharaman along with her picture.

The quote reads: “My family buys groceries & other things with Indian rupees, we don’t use US dollars. Why should we be concerned about dollar value then?” 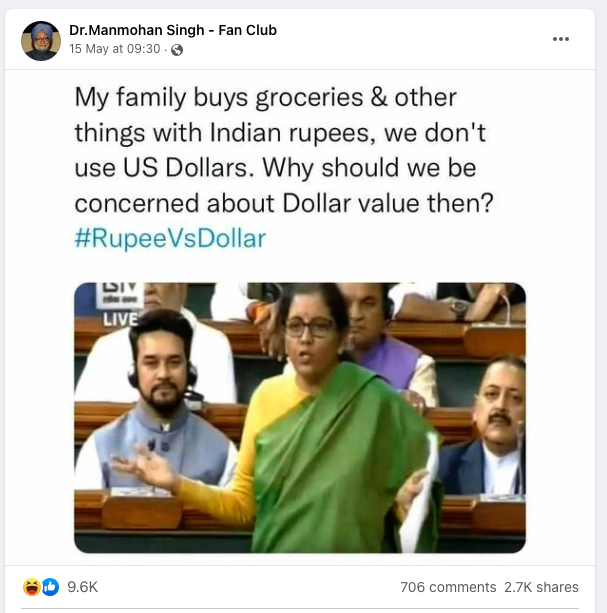 The above post was shared over 2,700 times at the time of filing.

We initiated our investigation with a Google search of certain keywords such as ‘Finance Minister’, ‘Nirmala Sitharaman’, ‘US dollar’, ‘Indian rupee’. 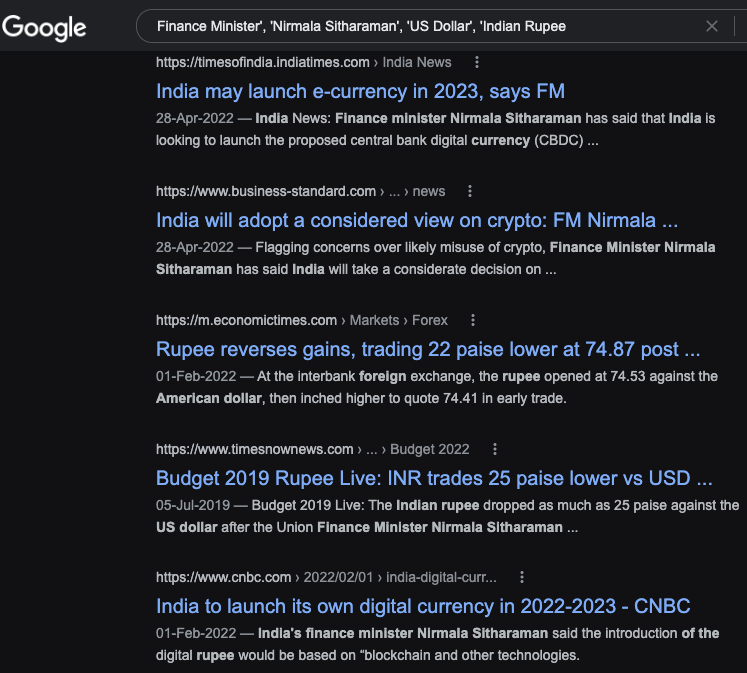 The search did not lead to any post/report where the finance minister had made the above statement.

On digging further, we came across a tweet by Press Information Bureau (PIB), which is the government’s communication wing, refuting the claim and clarifying that the finance minister has not made any such statement.

A picture of Union Finance Minister @nsitharaman is being circulated on social media giving a statement on the value of Rupee and Dollar.

▶️ This Claim is #Fake

▶️ No such Statement has been given by the Finance Minister. pic.twitter.com/PDIp9ktSfU

Hence, we confirm that Nirmala Sitharaman has not made the statement in question.