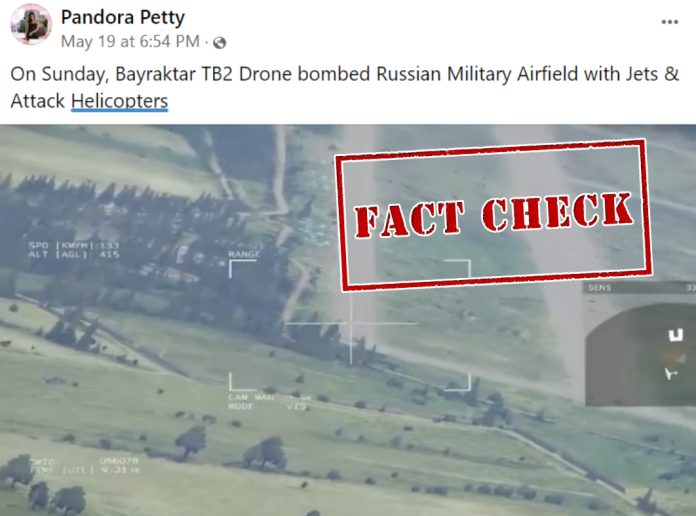 Amid the ongoing fight with Ukraine, Russia has extensively used drones to destroy ground forces and identify artillery targets. Against this backdrop, a video is being widely shared on social media claiming that it shows an attack on the Russian airfield.

The video is shared on Facebook with the caption: “On Sunday, Bayraktar TB2 Drone bombed Russian military airfield with jets & attack helicopters.” 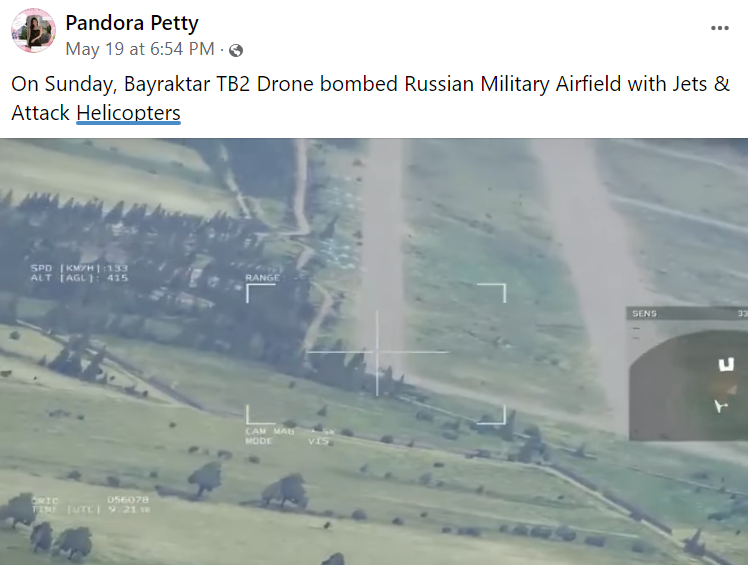 Using the InVid Tool, we extracted keyframes from the viral video and performed a Reverse Image Search. This search directed us to a YouTube channel that carried the same viral on May 9, 2022. The video description reads: “THIS IS ONLY SIMULATION, NOT REAL LIFE!”

We checked the YouTube channel and found similar simulation videos uploaded on it. 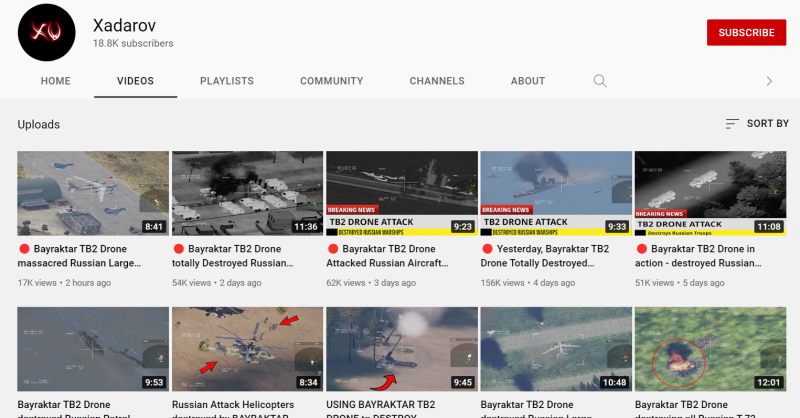 The About section of the channel reads: “I make military simulations using Arma 3. Bohemia allows to use their applications and monetize them.”

Thus, it is evident from the above information that visuals from a simulation video are being falsely shared as a drone attack on the Russian airfield. Therefore, the viral claim is false.