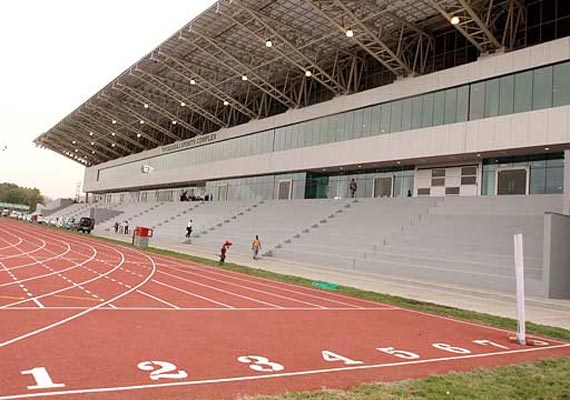 New Delhi: Amid the controversy surrounding the IAS officer Sanjeev Khirwar, Delhi’s Principal Secretary (Revenue) was transferred on Thursday by the Ministry of Home Affairs to Ladakh.

The IAS officer and his wife Rinku Dugga were transferred to Ladakh and Arunanchal Pradesh amid allegations surrounding that the couple used their influence to clear the Thyagraj Stadium in Delhi to walk their dog in the middle of training.

Earlier today, Delhi Chief Minister Arvind Kejriwal on Thursday ordered all the state-run sports facilities in the national capital to remain open for sportspersons till 10 pm.

The move came amid the reports of Delhi’s Thyagraj Stadium being emptied for an IAS officer to walk his dog.

Deputy CM Manish Sisodia in a tweet said that sports facilities being closed early is causing inconvenience to sportsmen who want to play late at night. He further added that “CM Arvind Kejriwal has directed that all Delhi Govt sports facilities stay open for sportsmen till 10 pm.”

According to a report by The Indian Express, the athletes and coaches were being forced to wrap up their training session early than usual at Delhi’s Thyagraj Stadium, and following the closure, Delhi’s Principal Secretary (Revenue), Sanjeev Khirwar, was spotted taking his dog for a half-an-hour walk in the facility.

However, Khirwar denied the allegation and said that they are “absolutely incorrect”.