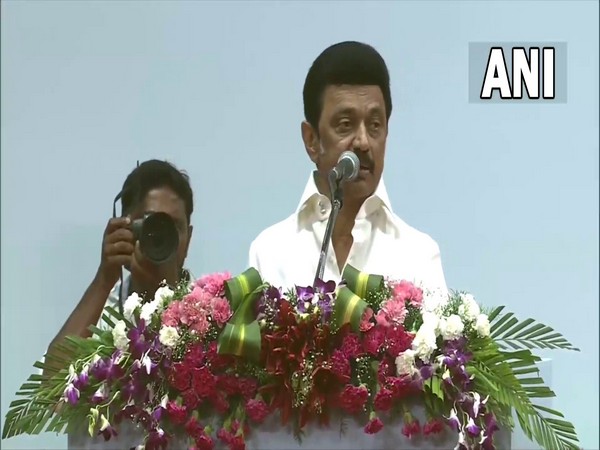 Chennai: Tamil Nadu Chief Minister MK Stalin on Thursday during an event attended by Prime Minister Narendra Modi, urged him to declare Tamil as the official language, like Hindi, at the Union Government offices and the Madras High Court.

During the event, the Chief Minister further appealed to the Central Government to return the central Goods and Service Tax (GST) dues of ₹14,006 crores to the state. He further added that “We are opposing the NEET exam and we have also passed a bill in the Assembly. We appeal to the Prime Minister to give exemption from the NEET exam to Tamil Nadu.”

The Chief Minister further added that Tamil Nadu is the leading state in terms of economic development, social justice, equality, and women’s employment.

MK Stalin further highlighted the Dravidian model adopted in the state. He said that “Tamil Nadu is a state for inclusive growth. This is what we call the Dravidian model. In this Dravidian model of governance, while taking various welfare and developmental measures, I wish to inform you that we have corrected fiscal imbalance and restructured the finances of the state.”

Meanwhile, Prime Minister Narendra Modi during his visit inaugurated developmental projects and laid the foundation stone of 11 projects worth over ₹31,500 crores including the Bangalore-Chennai Expressway, at the Jawaharlal Stadium in Chennai.