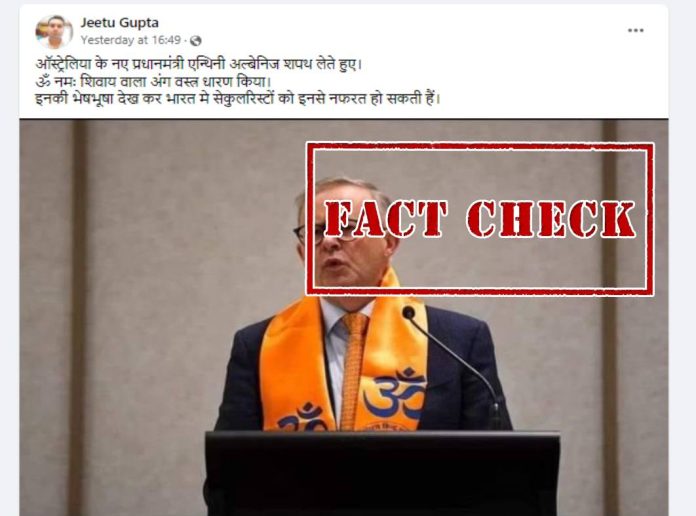 A picture of the newly elected Australian Prime Minister, Anthony Albanese, is doing the rounds on social media with a Om-printed saffron scarf wrapped around his neck. The picture caption says that Albanese was wearing the saffron scarf during the oath ceremony. 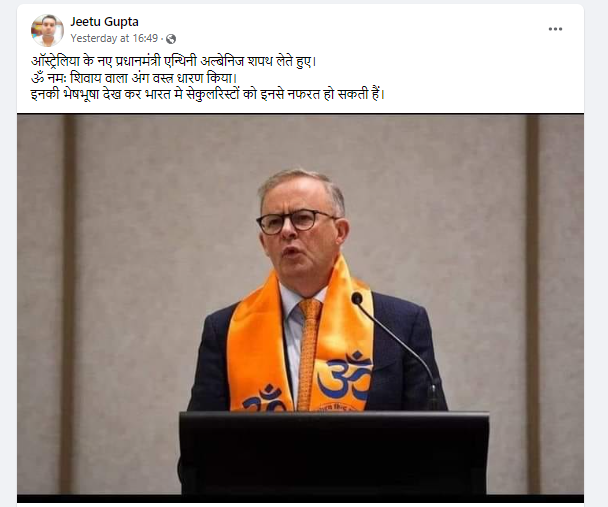 NewsMobile fact-checked, and found the claim to be misleading.

On doing a Google Reverse Image Search, we found that the same image was uploaded by JKF News with a caption: “Opposition Leader Anthony Albanese wore the scarf at a Hindu Council event in Parramatta earlier this month.” 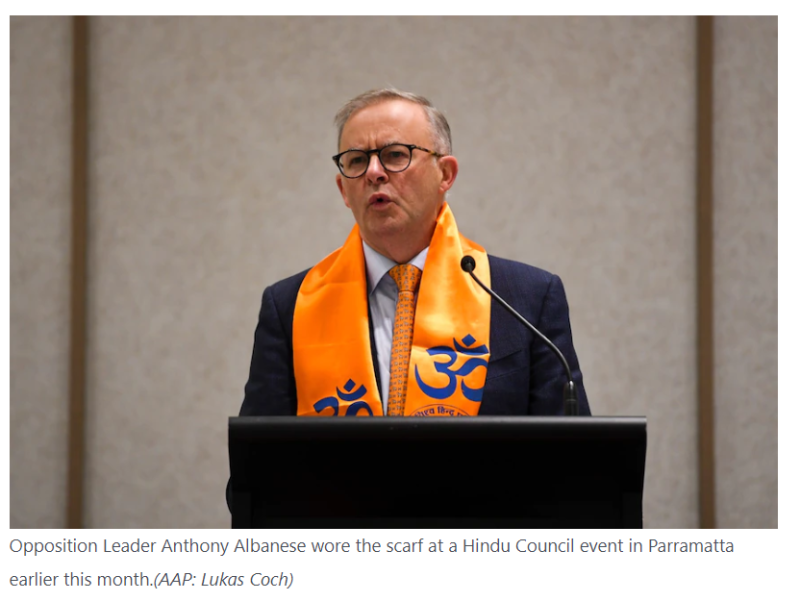 We found the same image was also uploaded by ABC.net on May 19, 2022, with a caption: “Opposition Leader Anthony Albanese wore the scarf at a Hindu Council event in Parramatta earlier this month.(AAP: Lukas Coch)” 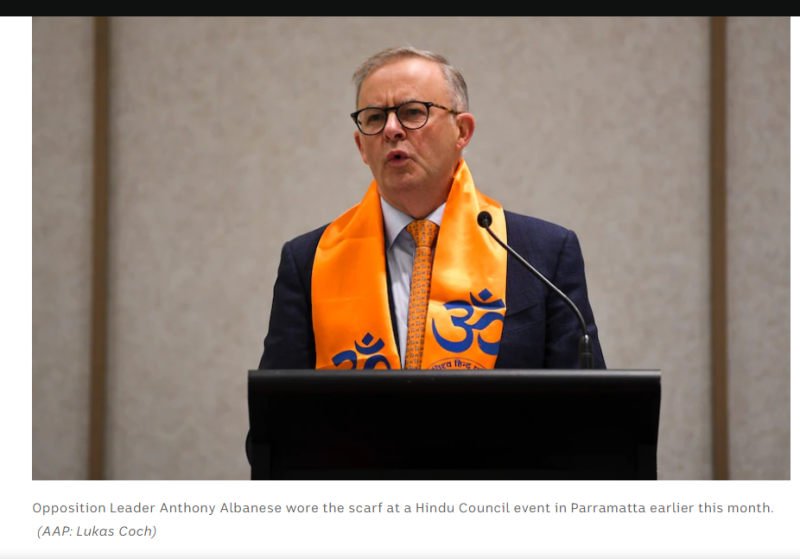 We also found that Anthony Albanese was sworn in as Australia’s 31st prime minister on May 23, 2022. A video of the swearing-in ceremony was also shared by The Guardian. In this video, we see Albanese was not wearing a saffron scarf.

Hence, we can ascertain that an old image is being shared with a misleading claim.