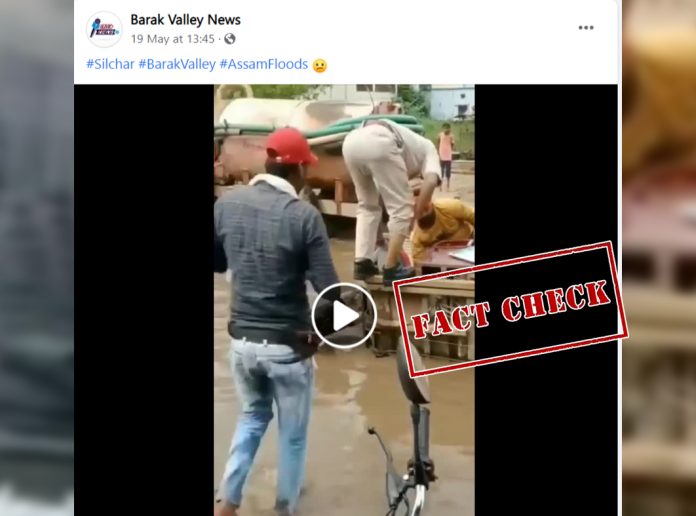 A video showing an E-rickshaw with cops on board overturning on a road filled with water is being widely shared on social media. It is being claimed that the video was taken recently in Assam.

The video is being shared with the caption: “#Silchar #BarakValley #AssamFloods.” 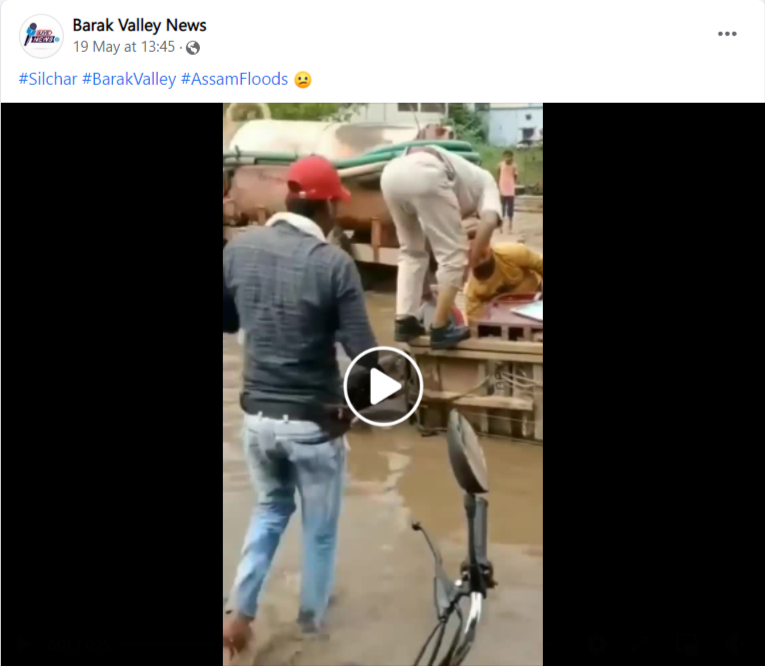 We extracted keyframes from the video and performed a Reverse Image Search. This directed us to a news article published on October 1, 2021, that featured the same viral video with a headline that translated to: “Policemen fell in dirty water, LIVE VIDEO: Deep pit not visible due to rainwater, auto carrying five Challani guards got stuck and overturned.” According to the article, the incident happened in Dausa, Rajasthan. 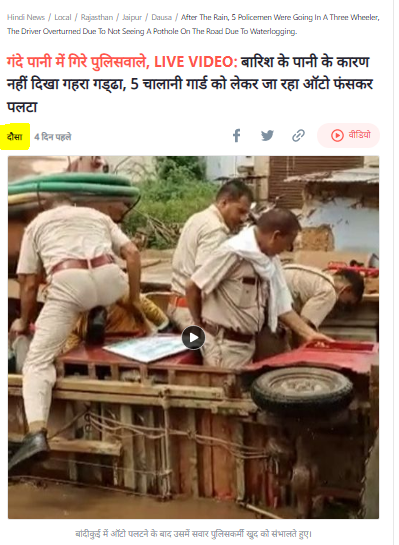 The same video was also featured in an article by Navbharat Times that stated: “Viral Video: E-rickshaw carrying policemen overturns on a road filled with water, video goes viral.” This article also stated that the video was shot near Agra Gate in Dausa, Rajasthan. 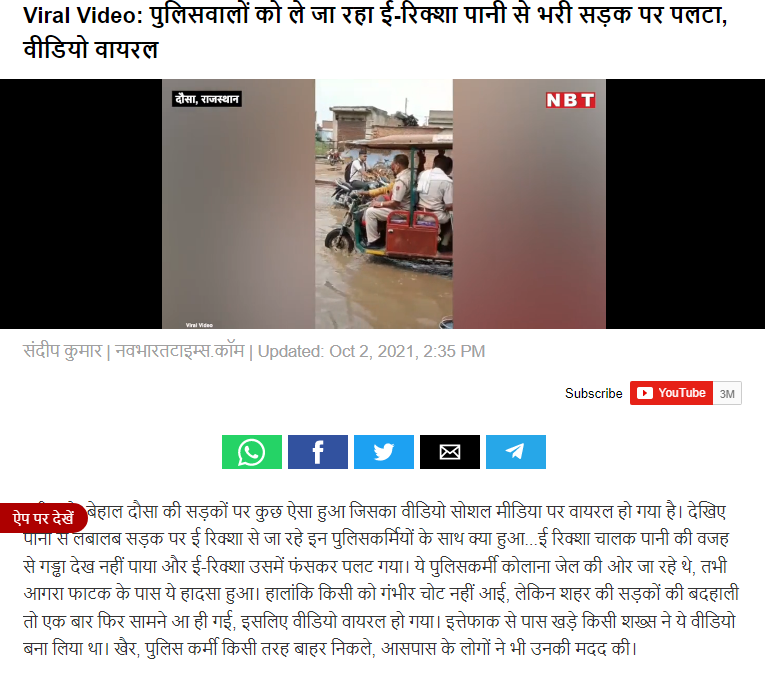 NewsMobile debunked the same video in October 2021, when it was attributed to Uttar Pradesh.

Fact Check: This Video Of E-Rickshaw Overturning On Flooded Road Is NOT From Uttar Pradesh; Here’s The Truth

Thus, it is evident from the above information that an old video from Rajasthan is being falsely shared as that of an E-rickshaw with policemen overturning in Assam. Therefore, the viral claim is false.