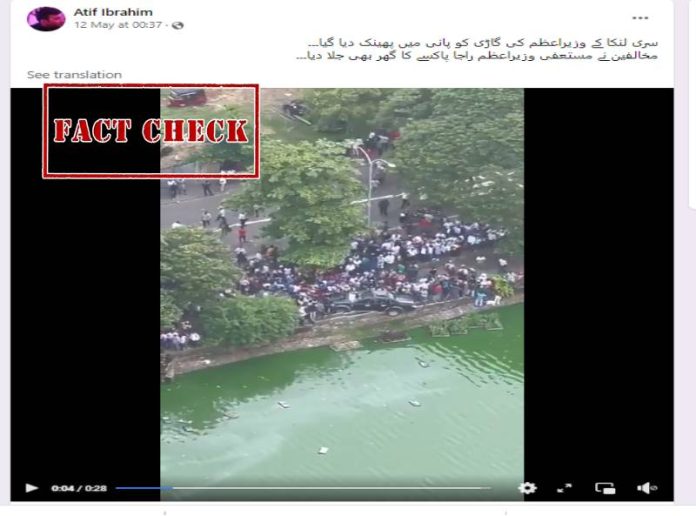 A video of a crowd throwing a car in a lake is being widely shared on social media with a claim suggesting that Sri Lankan citizens threw former Prime Minister Mahinda Rajapaksa’s car into water. 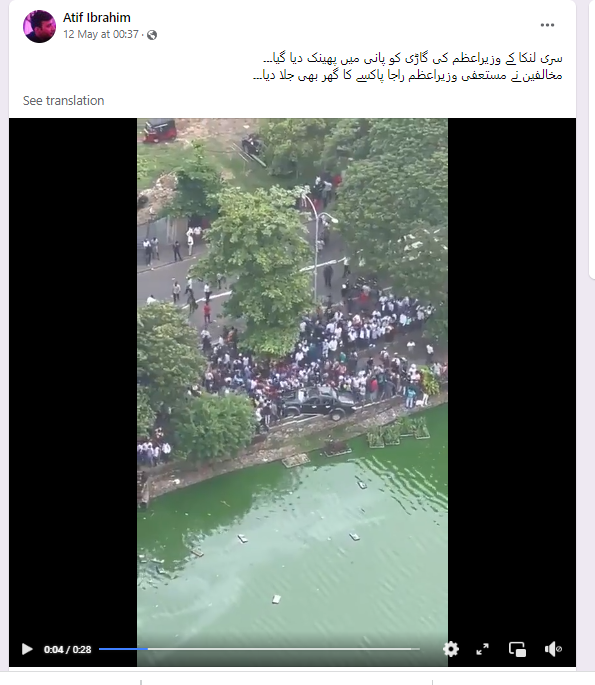 On doing Google Reverse Image search with one of the screenshots, we found the same video was published by Hiru News on May 9, 2022, with a caption that read: “ජොනීගේ පසු ගමන් රිය බේරේ වැවේ .” (English translation: “Johnny’s car thrown to Beira lake.” 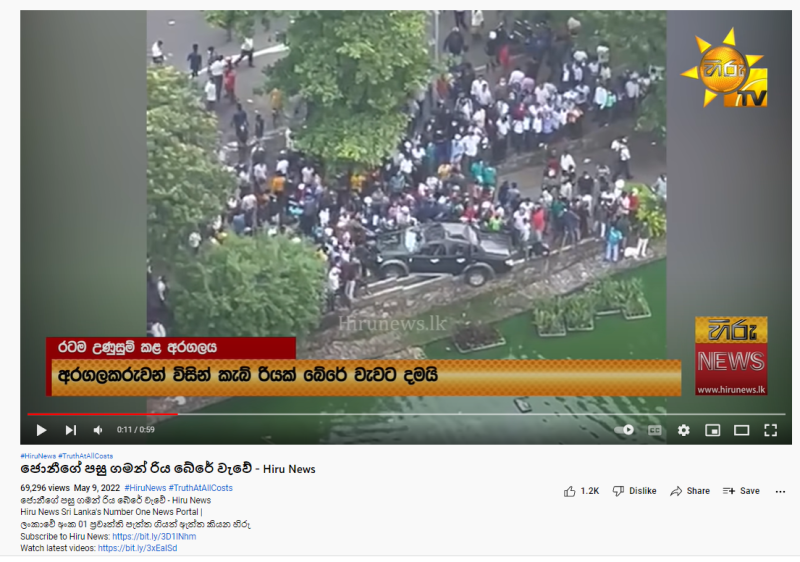 Taking a hint, we searched with appropriate keywords and found the same video was also uploaded by a YouTube channel — The Times of India — on May 9, 2022, with a caption: “Sri Lanka: Protests turn violent, former minister’s car toppled into lake.” 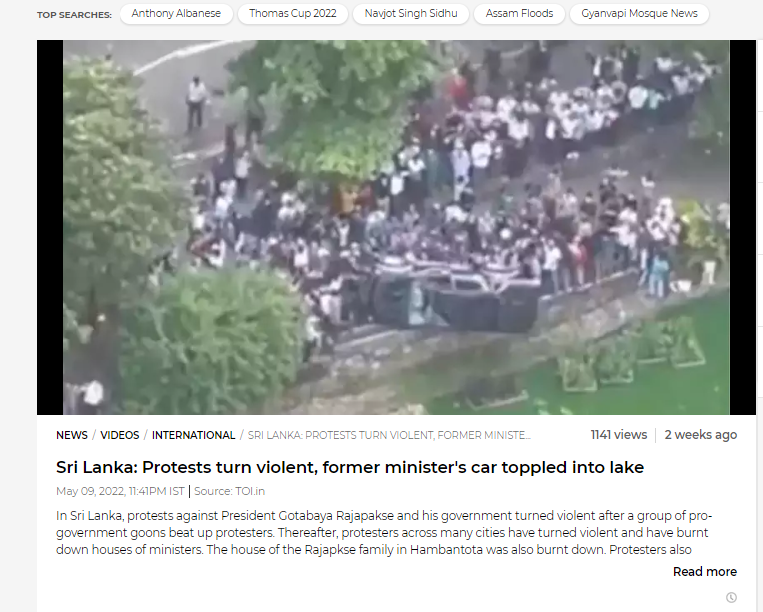