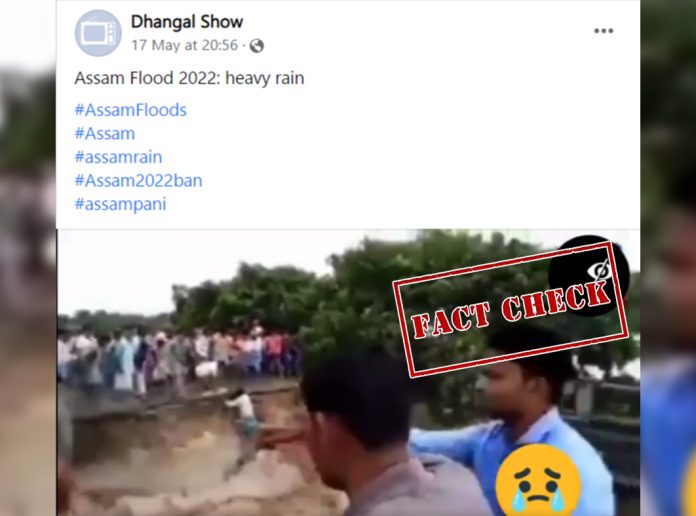 Floods in Assam have impacted almost 7.2 lakh people across 22 districts. In this backdrop, videos and pictures of devastation caused by floods are going viral on social media.

One such video shows an entire family getting washed away by water after a bridge collapsed. The video is being shared with the caption: “Assam flood 2022: heavy rain #AssamFloods #Assam #assamrain #Assam2022ban #assampani.” 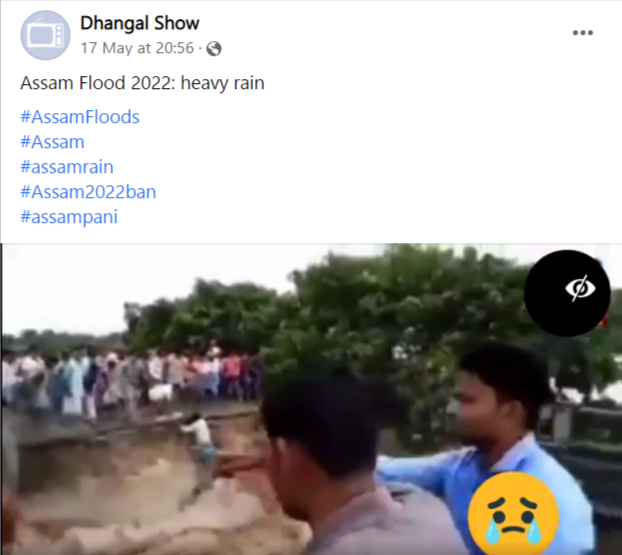 NewsMobile fact-checked the post, and found it to be fabricated.

We extracted keyframes of the video and put them through a Reverse Image Search. We found that the same video was uploaded on the YouTube channel of TOI on August 18, 2017, with the title: “On cam: 3 family members drowned as bridge collapses in Bihar.”

The video description reads: “A shocking incident, in which three people were feared drowned after a bridge connecting a village collapsed, was recorded on camera in Bihar’s Araria district. Incessant rains in Bihar for the past few weeks have created a flood-like situation in several areas. The flood fury has thrown normal life out of gear in the state.”

The Quint also updated the same video in 2017, with the title: “Bridge collapse due to flood claims three lives in Araria, Bihar.”

According to a report by NDTV,  three people, including a woman and child, were swept away by the gushing water along with the debris, while they were trying to cross a damaged bridge in Araria district of Bihar.

Hence, it is crystal clear that the video is quite old, and not related to Assam floods.