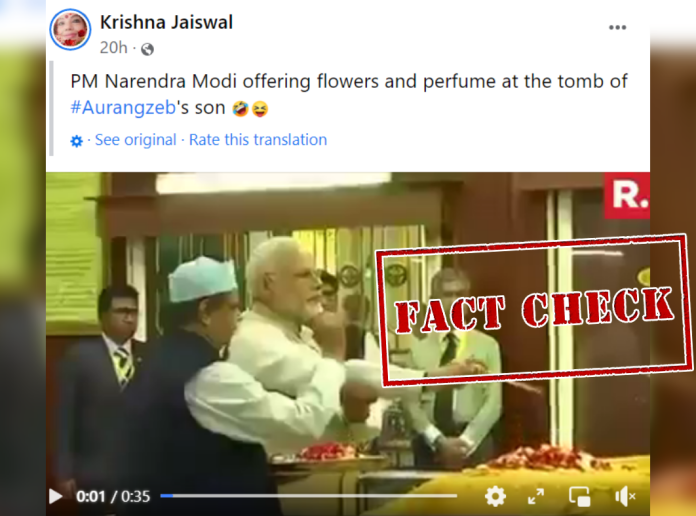 A video of Prime Minister Narendra Modi visiting a tomb is being shared on social media, showing Modi paying tributes at the tomb of Mughal emperor Aurangazeb’s son. 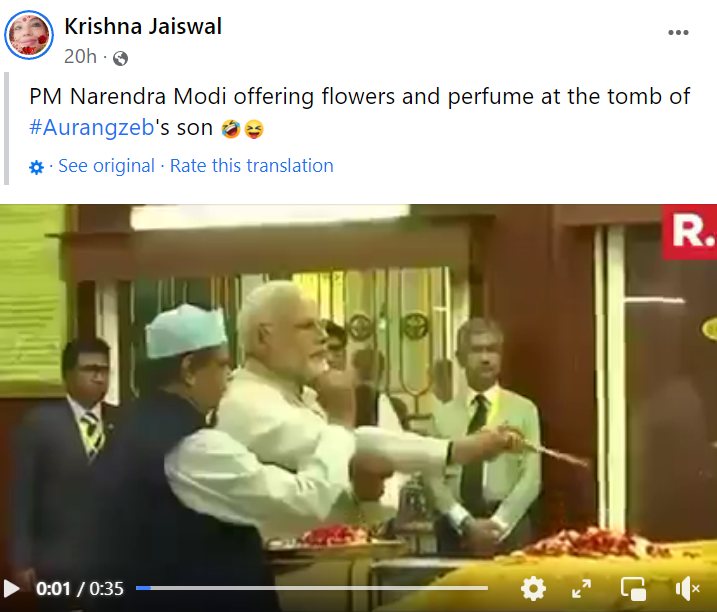 Using the InVid Tool, we extracted keyframes from the viral video and put them through Reverse Image Search. This search directed us to several video news reports that carried the same video in 2017. According to one report, the video in question shows “PM Modi paying tribute at the tomb of Bahadur Shah Zafar In Myanmar.” The exact frame can be seen at 40 seconds mark.

Taking a cue from this, we did a keyword search and found many news articles that reported the same event back in 2017. The article reads: “Prime Minister Narendra Modi was on his first bilateral visit to Myanmar, and today, he visited Bahadur Shah Zafar’s dargah in Yangon.” 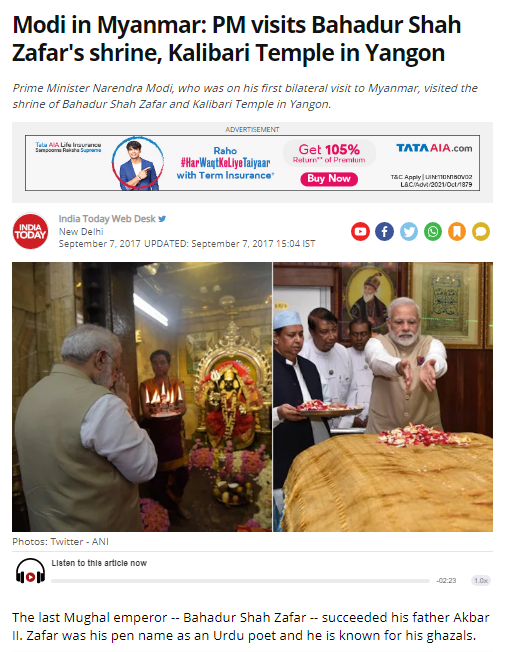 We also found reports published in The Hindu, The Times of India and NDTV in 2017. The PM’s clothes and people, that are seen with him in the viral video, were identical to those shown in the YouTube video and the article. 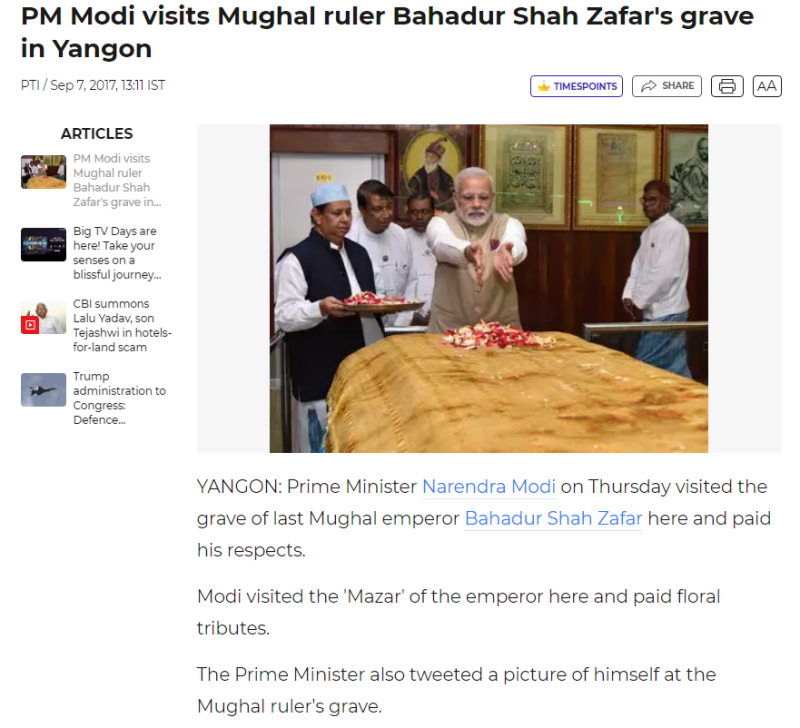 The official Twitter handle of the Press Information Bureau also tweeted the same image on September 7, 2017, with the caption: “PM @narendramodi at the Mazar of Bahadur Shah Zafar, the last Mughal emperor, in Yangon. #IndiaMyanmar.”

Thus, it is evident from the above information that an old video of PM Modi’s visit to the tomb of Bahadur Shah Zafar in Myanmar is being falsely shared as a recent one, with false claims.