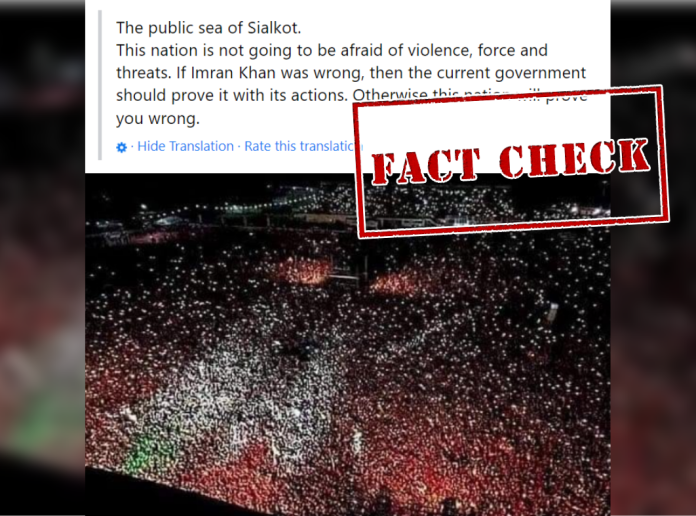 Following weeks of political uncertainty, Pakistan’s Prime Minister Imran Khan was removed by a no-confidence vote in April. Khan has since then held rallies across the country, frequently gathering audiences in the thousands, to protest his removal. On May 14, Pakistani publication Dawn News reported on one of his recent rallies in Sialkot.

Against this backdrop, an image showing an aerial shot of a huge gathering is being shared as a recent rally by cricketer-turned-politician, Imran Khan, in Sialkot.

(English translation: “The public sea of Sialkot. This nation is not going to be afraid of violence, force and threats. If Imran Khan was wrong, then the current government should prove it with its actions. Otherwise, this nation will prove you wrong”) 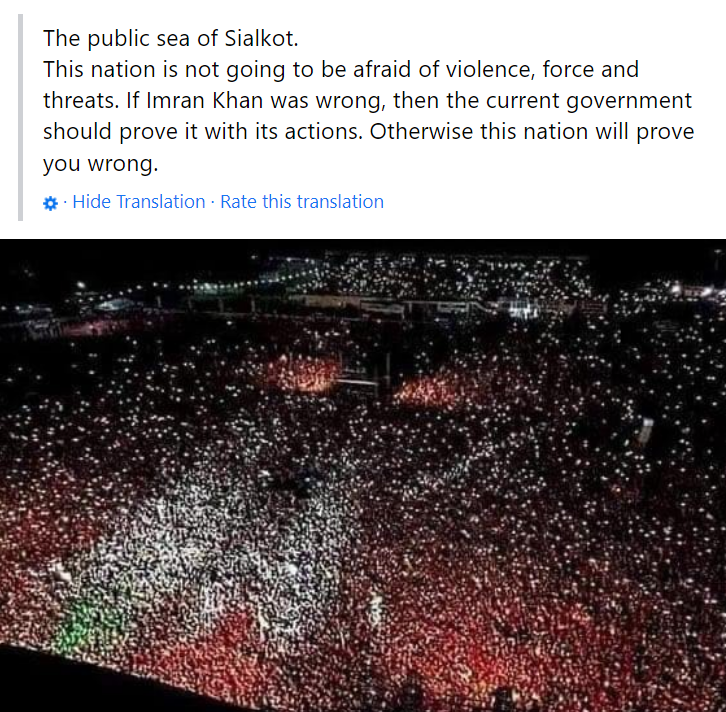 The viral image corresponds to the second image seen in the Twitter post. The image is credited to Lakas-Christian Muslim Democrats (LAKAS-CMD), a political party in the Philippines.

PTV also published the same image on Facebook on March 22 with a similar caption.

LAKAS-CMD also shared the drone footage of the same rally on their Facebook page on March 22.

Thus, it is evident from the above information that the viral image does not show Imran Khan’s rally in Pakistan but is from the Philippines.