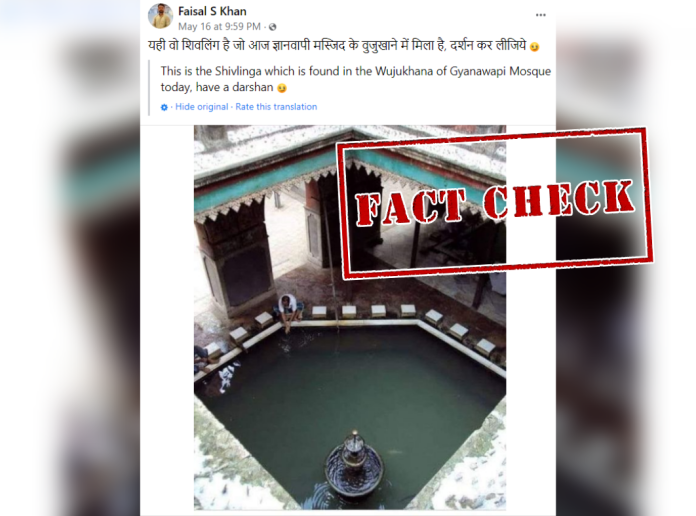 A court-appointed commissioner reported that a ‘Shivling’ was discovered during a video examination of Varanasi’s Gyanvapi mosque after the survey was completed. Hearing this matter in the Supreme Court on May 17, the bench “asked the Varanasi administration where exactly the ‘Shivling’ (symbol of Lord Shiva) was found inside Gyanvapi mosque in the Uttar Pradesh city.” It also directed to secure the ‘Shivling’ area but not to stop Muslim prayers.

Against this backdrop, an image is being widely shared on social media claiming that it shows the compound of the mosque where the ‘Shivling’ was found.

(English translation: This is the Shivlinga which is found in the Wujukhana of Gyanawapi Mosque today, have a darshan) 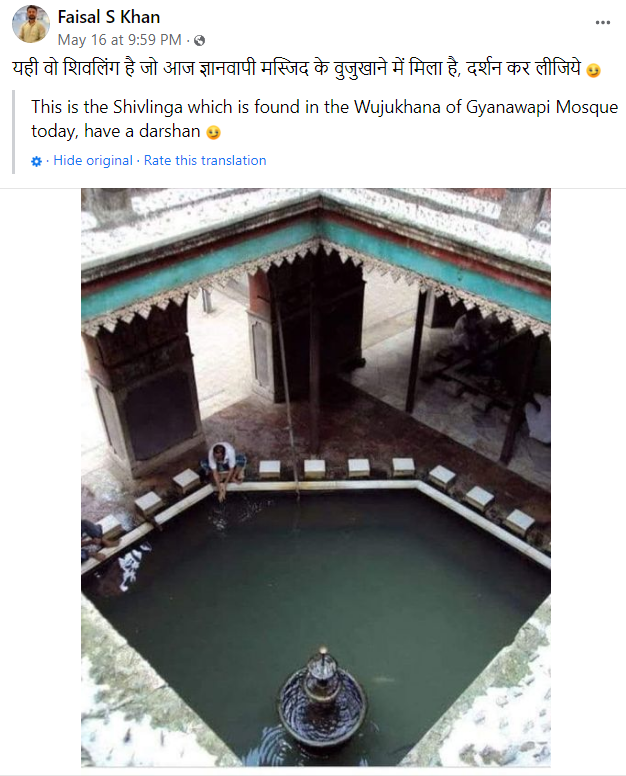 Running the picture through Reverse Image Search directed us to the Wikimedia Commons page that carried the same viral image with the title, “Nakhoda-Ablution”. The image was uploaded on July 2, 2009, described as Nakhoda Masjid. 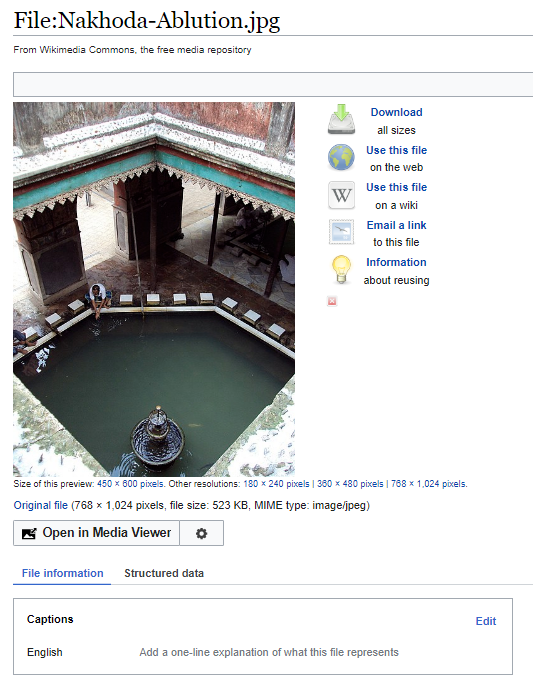 Taking a cue from this, we searched further and found the same image uploaded on a 2015 blog post with the description, “Sabih, photographer. “Ablution pool, Nakhoda Masjid.” 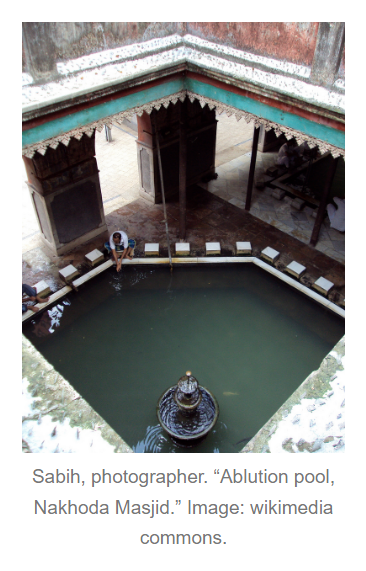 We searched Nakhoda Masjid on Google Maps and found that it is located in West Bengal. We also found similar images that matched the viral image. 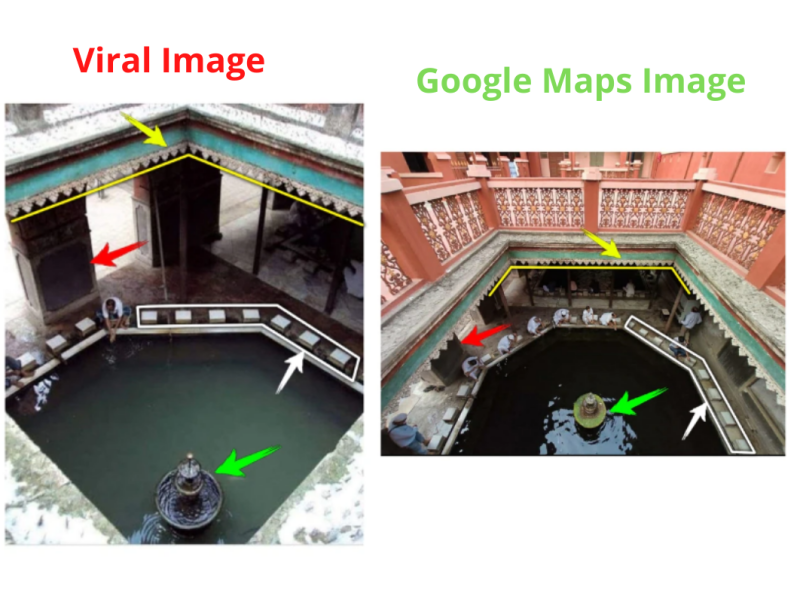 The Nakhoda Masjid, which was built in 1926, is the biggest mosque in Kolkata, according to the West Bengal Department of Tourism‘s website. It is a popular tourist attraction in the area. The website included images of the mosque, including the ablution pool. These seemed to be comparable to the viral photo as well.

Similar images of the ablution pool can also be found on Alamy‘s website with the description, “Ablution Pool in the Nakhoda Mosque in Calcutta India.” 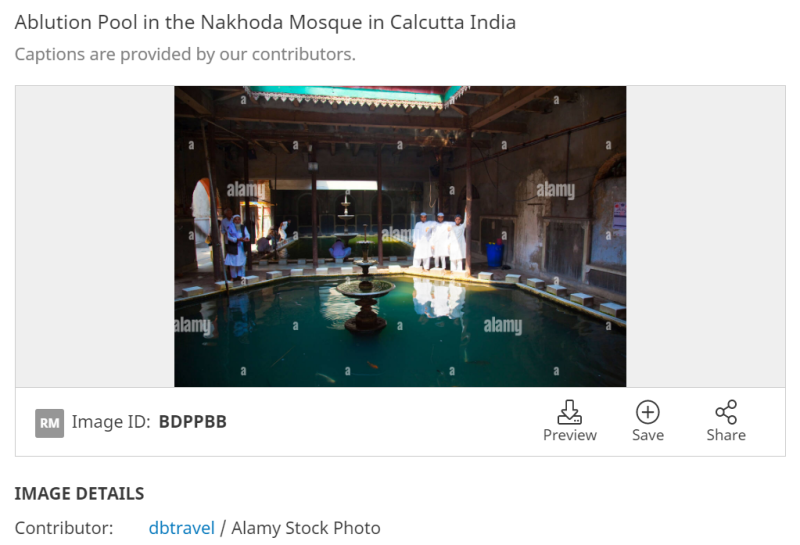 Thus, it is evident from the above information that an unrelated image is being falsely shared as ‘Shivling’ found at Gyanvapi Mosque. Therefore, the viral claim is misleading.