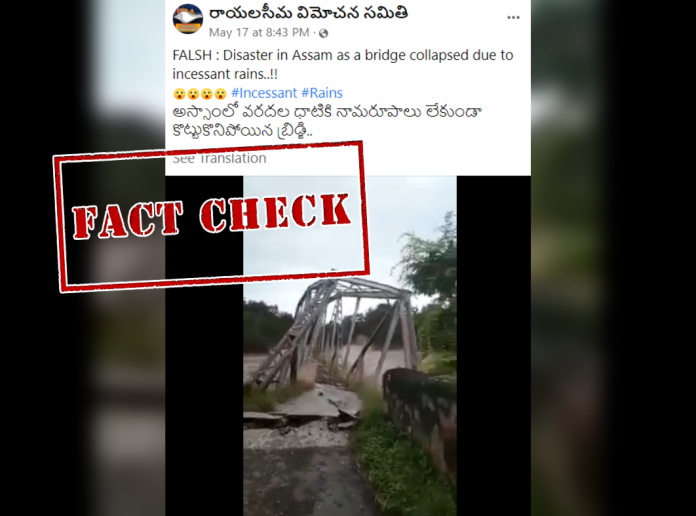 Nine people have died and more than 6 lakh people across 27 districts have been affected in Assam due to incessant rain in the state. Indian Army has also launched rescue operations in flood-hit Assam’s Cachar.

Against this backdrop, a video showing a bridge collapse is widely shared on social media claiming that the visuals are from flood-hit Assam.

The video is shared on Facebook with the caption, “FLASH: Disaster in Assam as a bridge collapsed due to incessant rains..!!” 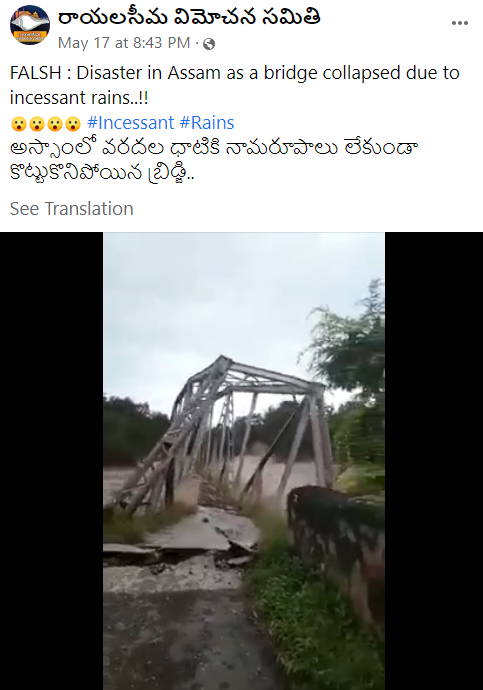 Using the InVid Tool, we extracted keyframes from the viral video and performed a Reverse Image Search. This search directed us to a YouTube channel of an Indonesia-based media organisation ‘Tribun News’ which carried the same viral video on April 5, 2021.

The video’s title can be translated into English as, “Video shows the old bridge of Kambaniru (in Indonesia), East Sumba, collapsed due to flash floods.”

The same incident was also reported by several other Indonesia-based news websites claiming the same in April 2021.

Check similar articles here, here, here. The same video was also uploaded on a YouTube Channel on April 6, 2021, reporting the collapse of the Ahmad Yani bridge in Indonesia during floods. 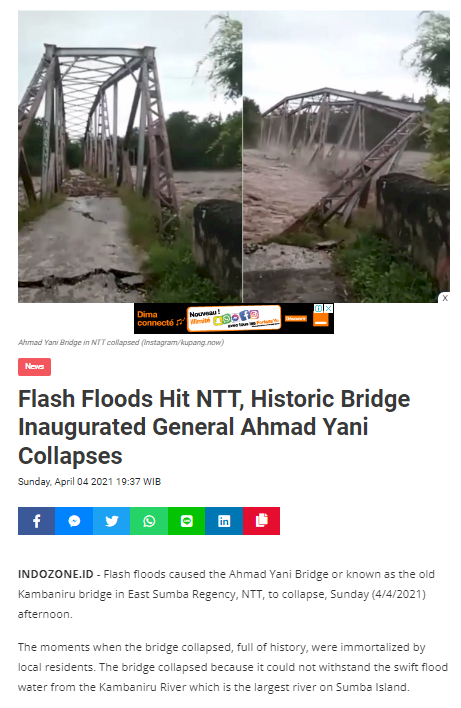 In April 2021, Al Jazeera reported about the flash floods that had swept an island in Indonesia’s easternmost province taking the lives of 44 people.

Thus, it is evident from the above information that the video in question is from Indonesia and is being falsely shared as a bridge collapsed in Assam amid heavy rain.