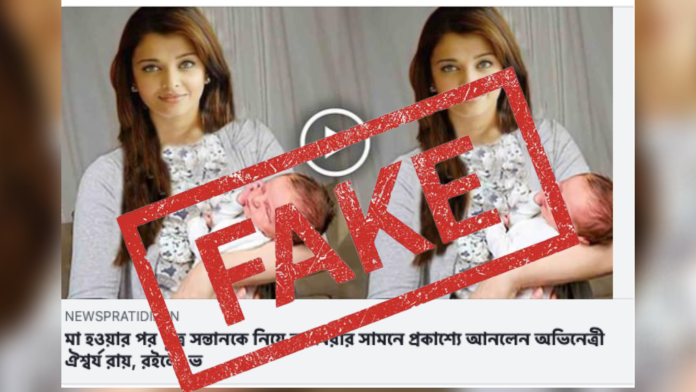 A news article is being widely shared on social media which claims that Bollywood actress Aishwarya Rai has given birth to a baby boy. In fact, there is a picture of her with an infant doing rounds.

(English Translation: “Actress Aishwarya Rai reveals her son in front of the camera after becoming a mother”) 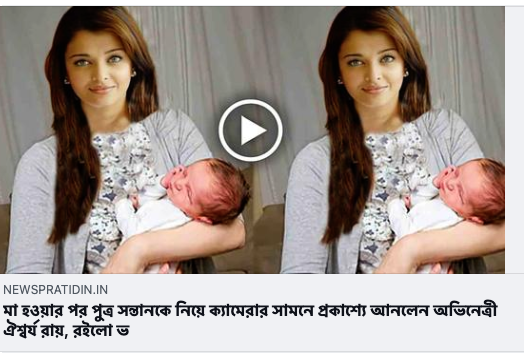 May 15, 2022, dated article claimed that Aishwariya Rai recently gave birth to her second child, a son. The article was attributed to a video on a Bollywood gossip YouTube channel Filmi Gossips which also featured the same picture of Aishwariya with a child.

NewsMobile fact-checked the news article and found it to be FAKE.

We initiated our investigation by checking the picture. On putting the picture through Reverse Image Search, we found the original picture of the baby with the mother (which is not Aishwariya Rai) on the stock image website Shutterstock. 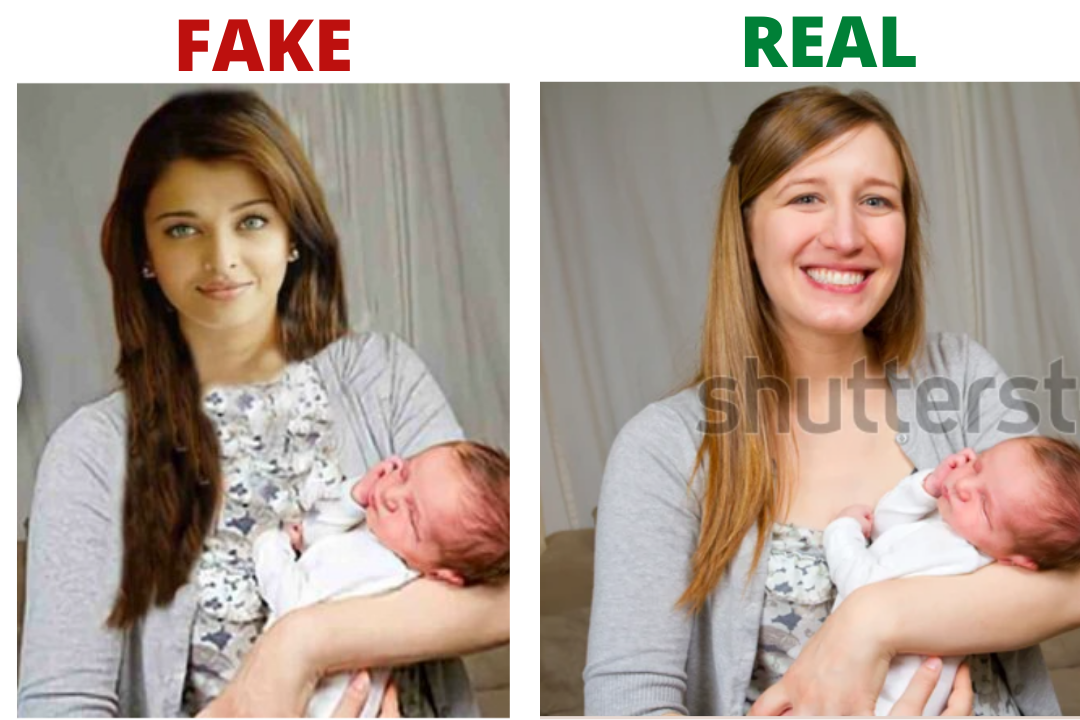 In the above FAKE vs REAL collage, it is clear that Aishwarya Rai’s face was superimposed on the mother’s picture on the right using a photo editing software.

Hence, we can conclude that the picture in question is FAKE and the news of Aishwarya Rai becoming a mother for the second time is false.