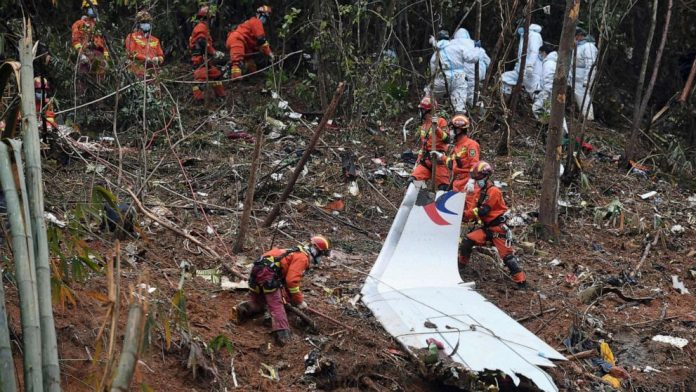 New Delhi: Chinese Airplane Boeing 737-800 that crashed on March 21, killing 132 people on board, appears to have been intentionally dropped and crashed by someone who was in the cockpit.

According to a report by Wall Street Journal, analysis by US investigators of the black box flight recorder suggest deliberate input from the cockpit led to the plane crash.

An unnamed source tapped by the Wall Street Journal said that “The plane did what it was told to do by someone in the cockpit.”

The Chinese Airplane Boeing 737-800 was flying from Kunming to Guangzhou, cruising at an altitude of 29,000, and in a minute crashed near Wuzhou in Guangxi province.

According to Reuters, the pilots were not responding to the repeated calls from the Air Traffic Control and the planes flying nearby during the sudden descent. The news agency further added that the revelations were made when investigators were looking into the fact that the crash might have been a “Voluntary Act”.