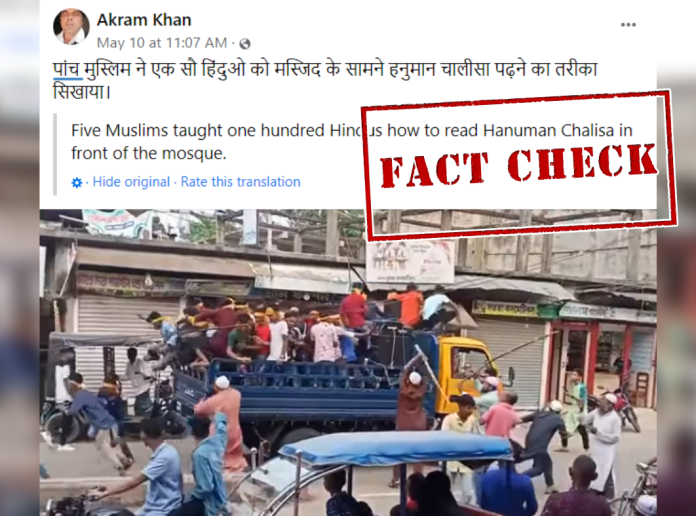 A video is being widely shared on social media claiming that five men assaulted a group of youth who were playing ‘Hanuman Chalisa’ on DJ in front of a mosque.

(English Translation: Five Muslims taught one hundred Hindus how to read Hanuman Chalisa in front of the mosque) 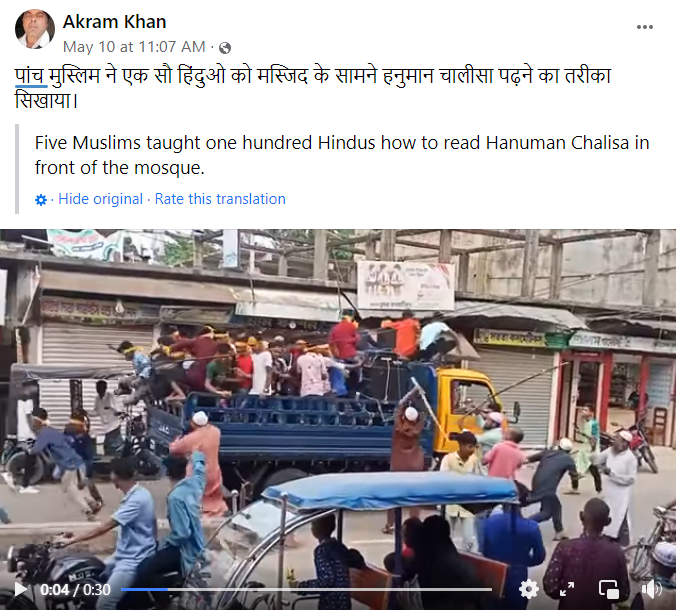 The video is being widely shared on Facebook with similar claims.

Using the InVid Tool, we extracted keyframes from the viral video and performed a Reverse Image Search. The search directed us to the official YouTube account of a Bangladeshi news channel that carried the same video on May 5, 2022, claiming that on the occasion of Eid, a group of youth in Bangladesh were harassing people by playing DJ. After which the supporters of Tauhidi Janata had killed the youths and drove them away.

Another Bangladeshi news channel also carried the same viral video on May 5, 2022, stating the same.

Taking a cue from this, we searched further and found a video related to the viral claim uploaded on the official YouTube channel of Maulana Nazrul Islam Siraji of Bangladesh on May 6, 2022. According to the video description, on the occasion of Eid, some people in Bangladesh were trying to perform an obscene ceremony by playing DJ. Tauhid Janata Group was working to stop such people. 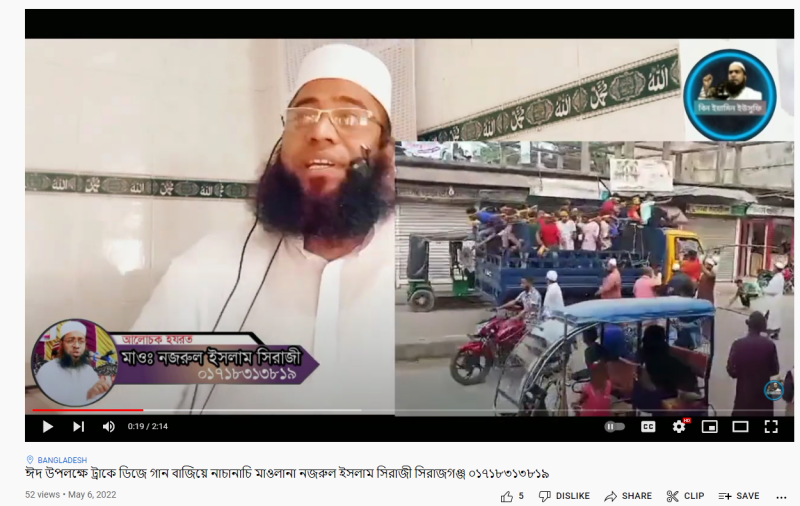 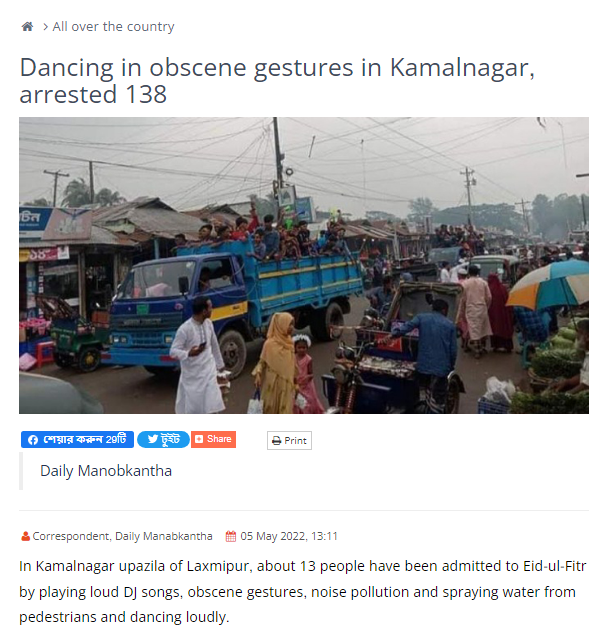 We also found that the video went viral claiming that incident happened in Karnataka. Karnataka State Police published an article clarifying that the video is from Bangladesh. It has nothing to do with India. 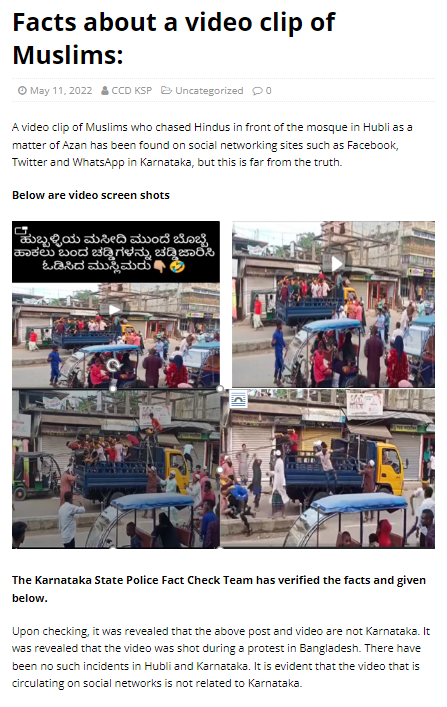 Thus, it is evident from the above information that the viral video of the scuffle between two groups is not from India and is being shared with misleading claims.

India-South Africa To Lock Horns In The Fourth T20