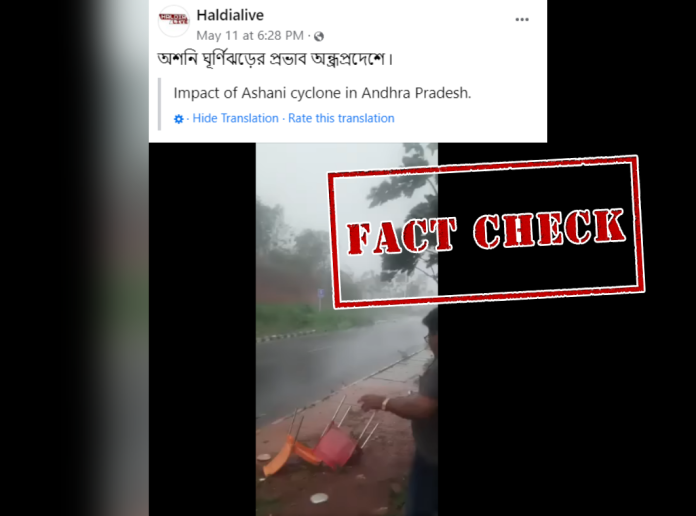 Against the backdrop of Cyclone Asani, a video is being widely shared on social media claiming that it shows the impact of the cyclonic storm in Andhra Pradesh. 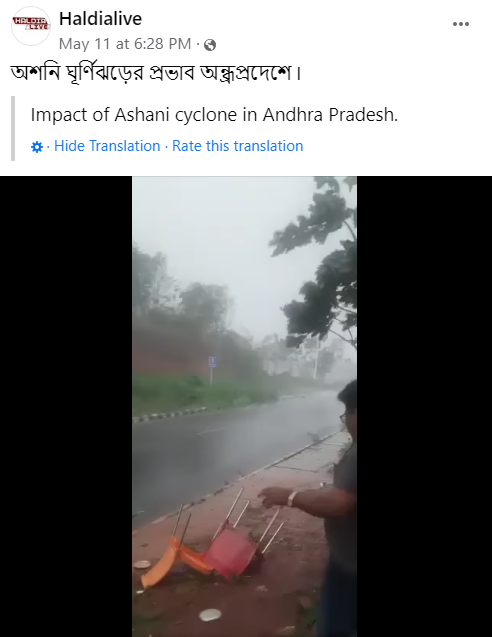 Using the InVid tool, we extracted keyframes from the viral video and performed a Reverse Image Search. This search directed us to a tweet by NDTV on May 11 that carried the same viral video stating that the video is from Andhra Pradesh.

We found that many users had replied to the tweet stating that the video in question is not from Andhra Pradesh but from Karnataka. We also found a tweet by a New Indian Express journalist from May 5, in reply to NDTV’s tweet. According to the tweet, the video showed heavy rains at the Hubballi airport canteen (Karnataka).

Another user shared the same video on May 6 stating that these are the visuals of “Heavy rains at Hubballi airport canteen!” We found the same video uploaded on the Twitter handle of a local news website “Hubballi-Dharwad Infra” on May 5. It states that the video location is “Staff canteen – Hubballi Airport.” 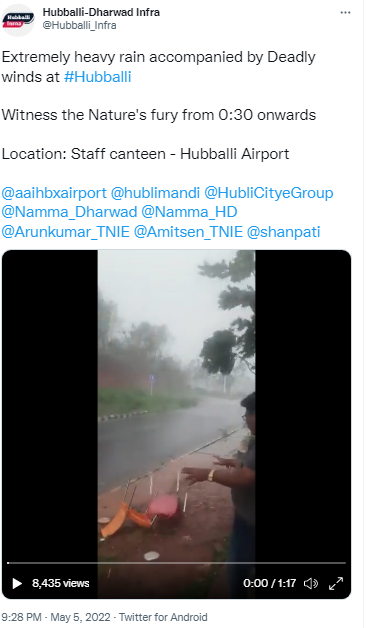 Similar videos were also embedded by News18 and Hubbali Times on May 7 with the headline, “WATCH: Tables, Chairs Go Flying Through Air Near Hubballi Airport During Storm.” 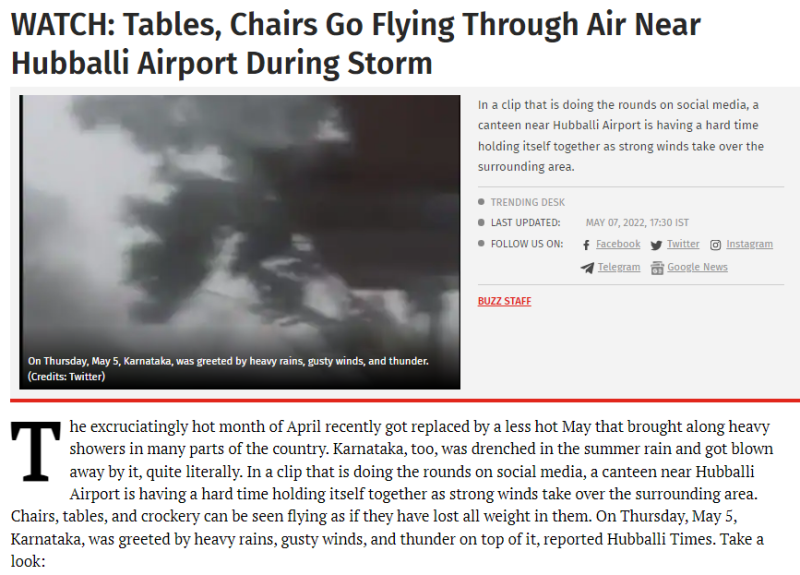 We also geolocated the place on Google Maps and found an image that matches the glimpses of the viral video. A freezer with the words “Dairy Day” scrawled on it could be seen at the 1-minute mark in the viral video. In the Google Maps image, the identical freezer with the “Dairy Day” ice cream brand could be seen. Both had the same yellow and black patterns on the iron beams that supported the metal roof and the lamppost.

Thus, going by media reports and geolocation, it is evident that the viral video is from Karnataka and not Andhra Pradesh. Therefore, the viral claim is misleading.