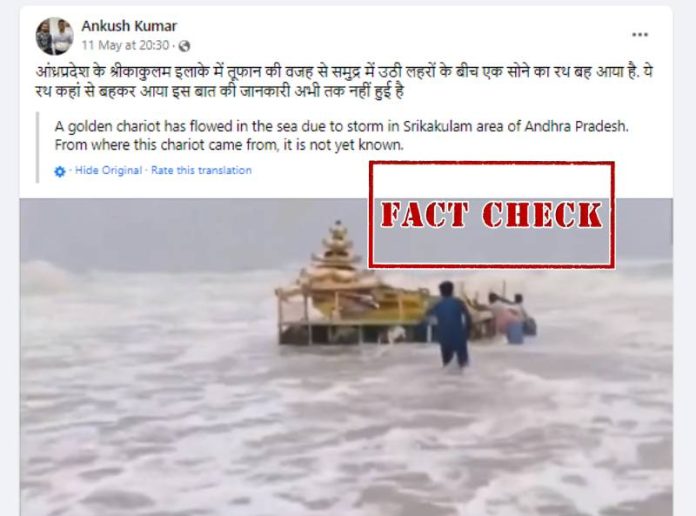 Many media outlets reported about a mysterious chariot that came floating near the shores of Srikakulam in Andhra Pradesh during the landfall of cyclone Asani.

In the backdrop to the above news, many social media users claimed that the chariot was made of Gold which was washed ashore in Sriraikulam. 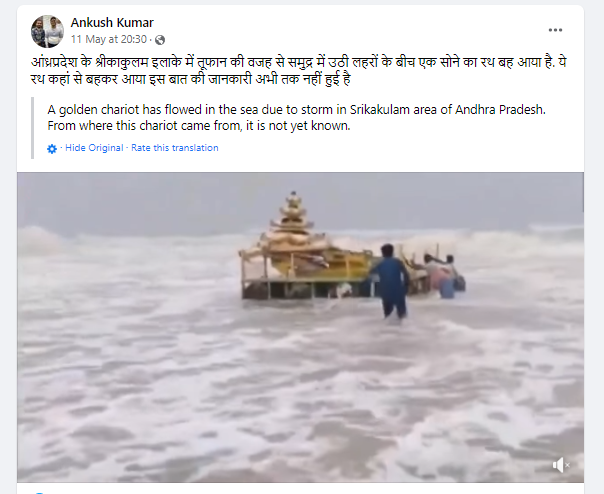 On searching with keywords, we found a report by News18 published on May 11, 2022. According to the report, a mysterious golden-coloured chariot was found drifting afloat near Santhabommali on the Andhra Pradesh coast on Wednesday morning, amid high winds and turbulent sea due to Cyclone Asani. The report further quoted a Sub-inspector of Naupada (Srikakulam district), who said that the chariot is likely to have drifted from a foreign country. The police suspect it could be of Myanmar origin. The report further says that the SI said that the chariot is made of tin sheet and given a gold coloured coating. It looked like a puja mandir on wheels. 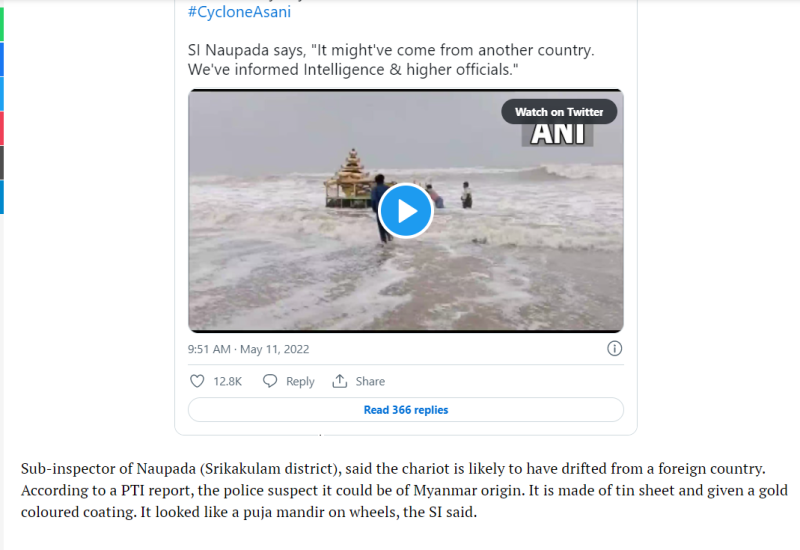 The Federal also reported that Naupada sub-inspector of police said that the lettering on the chariot and its structure suggested it could be of Myanmar origin. The report further quoted the SI who said that the chariot was made of tin sheet and given a gold coloured coating. It looked like a puja mandir on wheels.

According to Times Now, it has been speculated that the chariot resembles a monastery-like structure from Southeast Asian countries and is believed to have been brought towards the Indian coast by high tidal waves under the influence of the cyclone. The report further said that many are also sharing a contrary view on the chariot. Many believe that the structure may not have come from another country and could have been a subject that was used in a movie shooting along the Indian coast. 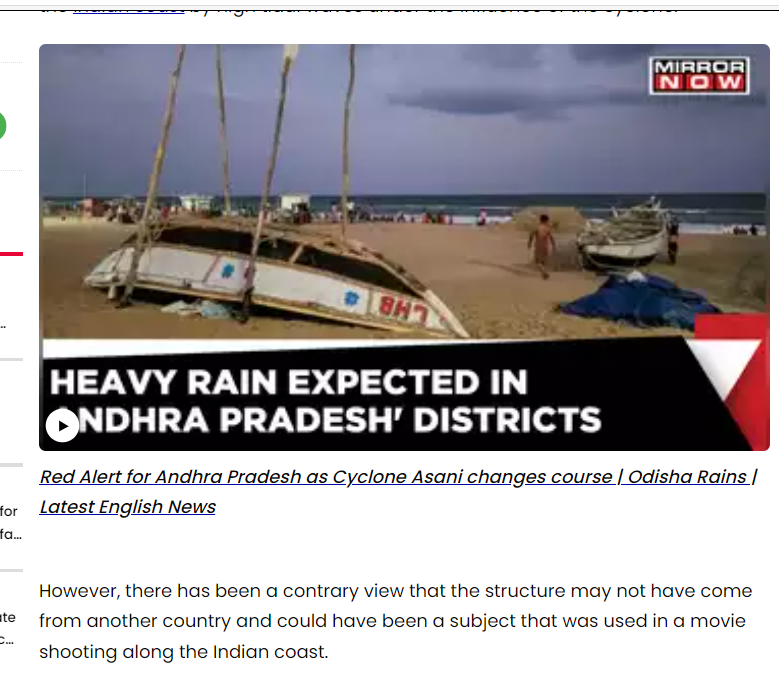 Hence, we can ascertain that the viral claim is misleading. The chariot that drifted ashore was not made of gold.