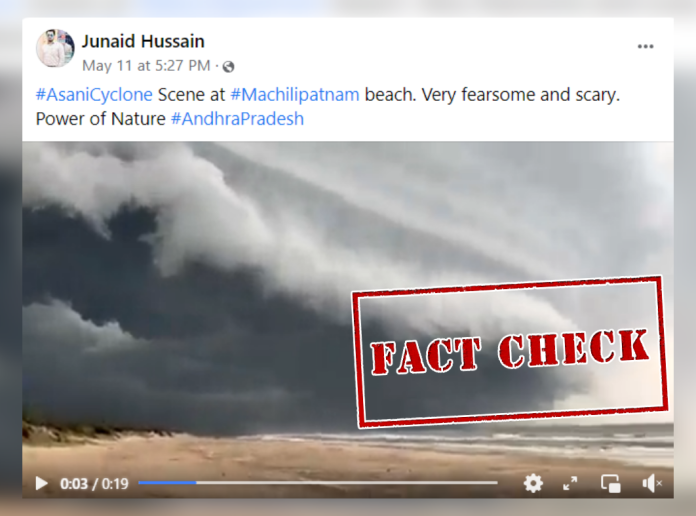 On May 11, Cyclone Asani made landfall on coastal Andhra Pradesh and then weakened into a deep depression. The India Meteorological Department (IMD) announced on May 12 that it is projected to diminish further in the next 12 hours.

Against its backdrop, a video in which a cloud cover can be seen over an ocean is being widely shared on social claiming that shows Cyclone Asani from Machilipatnam beach in Andhra Pradesh. 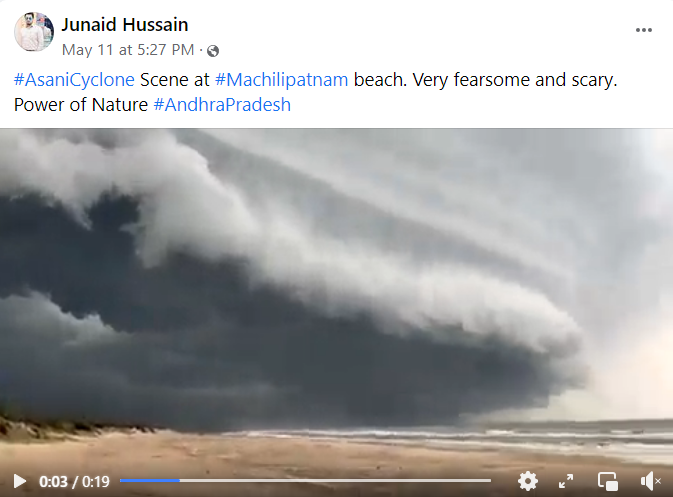 Using the InVid Tool, we extracted keyframes from the viral video and performed a Reverse Image Search. This search directed us to a YouTube page that carried the same viral video on September 27, 2021, stating that these visuals were from Kalingapatnam in Andhra Pradesh. 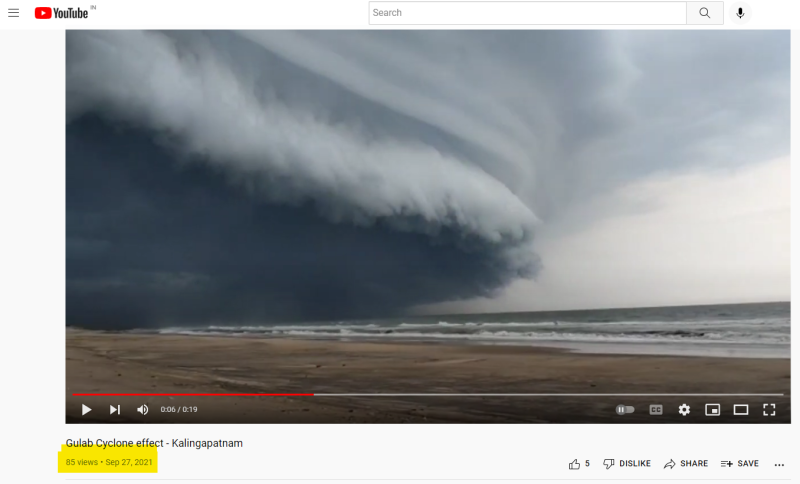 We searched further and found a tweet by “Andhra Pradesh weatherman” in which it was clarified that the viral video is not recent. The tweet, carrying a screenshot of the viral video, stated, “This is not #CycloneAsani. This Video I posted on my Instagram on June 21st 2021. Location – Kalingapatnam, Srikakulam.”

We then checked the Instagram profile and the bio of the user named Sai Praneeth B. It stated that he gives updates about Andhra Pradesh and Hyderabad’s weather. The same video was uploaded on his Instagram page on June 17, 2021.

We were not able to independently verify the location of the viral video but it is evident from the above information that the video is old and is not related to Cyclone Asani.