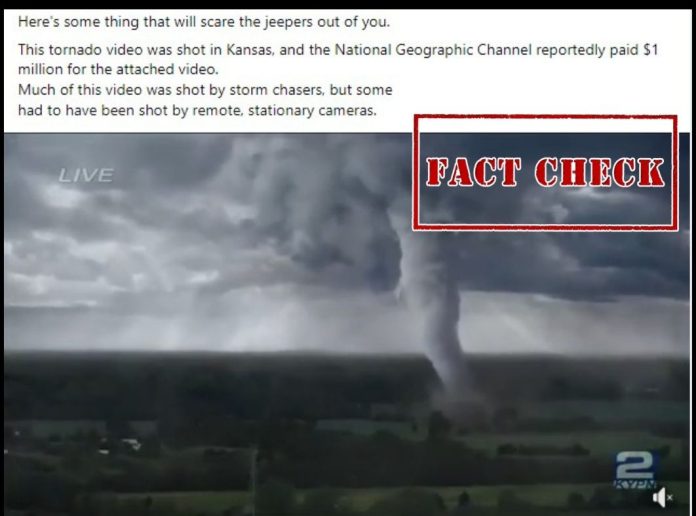 A video of a horrific storm swirling around like a rattlesnake, destroying cars and buildings is being shared on social media claiming it to be a hurricane that struck Kansas city in the United States.

A Facebook user shared the video with the caption, “Here’s some thing that will scare the jeepers out of you. This tornado video was shot in Kansas, and the National Geographic Channel reportedly paid $1 million for the attached video. Much of this video was shot by storm chasers, but some had to have been shot by remote, stationary cameras.” 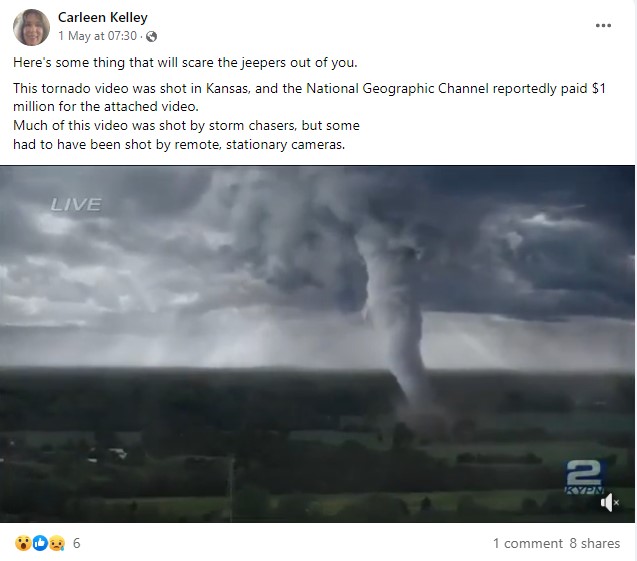 NewsMobile fact-checked the video and found that it has been shared with a false claim.

We extracted keyframes from the video and put them through a Reverse Image Search. The search led us to several websites where a still from the above video was featured.

According to one of the websites, the scene is from the movie ‘Into the Storm’. The film was released in 2014 and it was produced by ‘Warner Brothers Pictures’. In this film, the devastation caused by a sudden storm in a city named Silverton was shown. The scenes of the viral video have been taken from this film. The trailer of this film can be seen below.

Comparing some scenes of this film with the viral video, the similarity between the two can be clearly seen. Thus, it becomes clear that the video shared online is actually a clip from the movie ‘Into the Storm’. 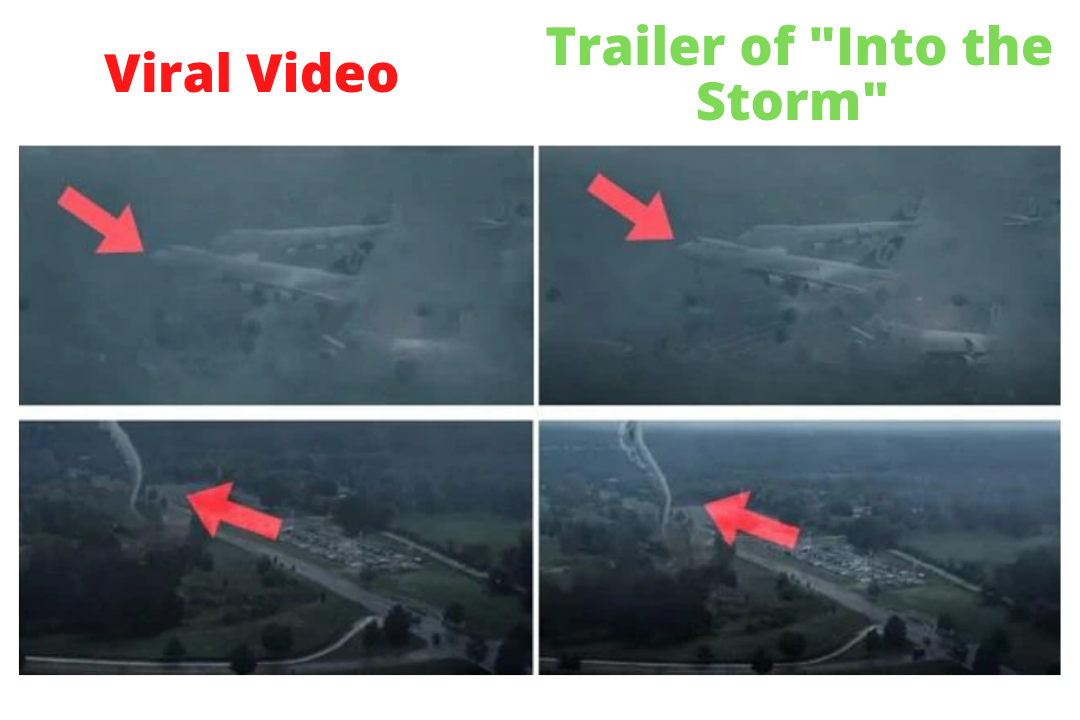 Another important thing is that the storm seen in the viral video was mentioned as a hurricane. While Amazon’s streaming site ‘Prime Video’ and the film data database website IMDB– both described the storm of the film as tornadoes.

A frame of the viral video also comes with a ‘tornado warning’. 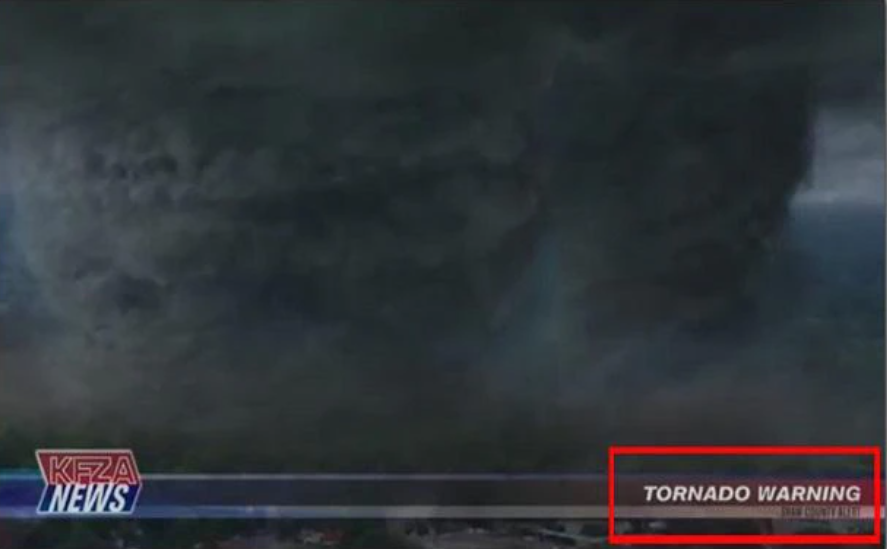 Hence, with the above information, it can be concluded that the video clip is being shared with a misleading claim.

However, it is true that extraordinary videos and photos were posted online showing a tornado tearing through part of the US state of Kansas on April 30, 2022.