A newspaper clip has surfaced on the internet according to which the banks have waived off loans worth Rs 68,000 crore of 50 individuals including fugitives Nirav Modi and Mehul Choksi. 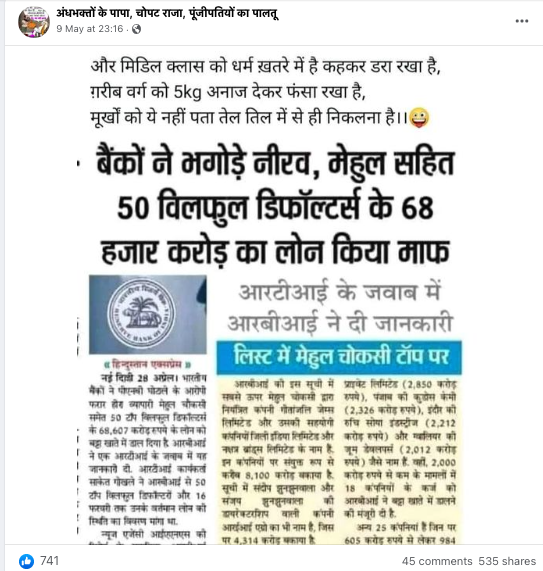 On putting the headline through Google Search, we found that the article in question dates back to 2020 when an RTI revealed that the Indian banks have written off Rs 68,607 crores of debt of top-50 wilful defaulters till 30 September 2019.

We came across several news reports according to which responding to RTI activist Saket Gokhale’s query, RBI had released a list of 50 wilful defaulters whose outstanding loans worth Rs 68,607 crore were technically written off by the banks. 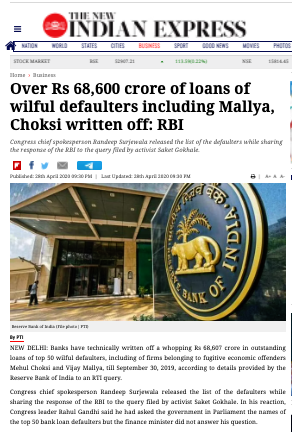 It should be noted that the written-off is the key term here. As clarified by RBI, write off is the practice carried out by banks to clear the bad loans from the bank balance sheets but it continues to stay in the bank and it does not mean that these loans are waived off. 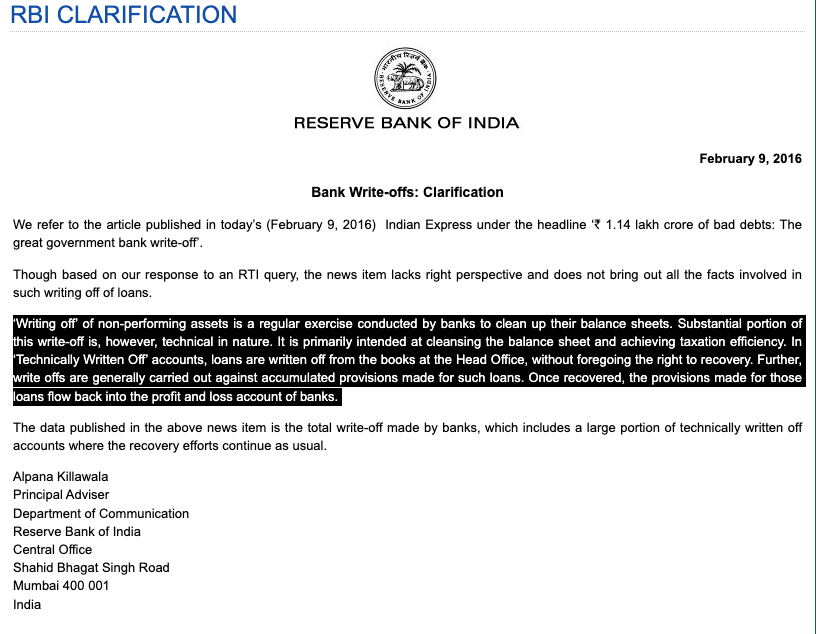 While a loan waive-off is a complete cancellation of a loan account in which case, the borrower is free from that particular debt. However, in case of writing off loans, the loan account stays in their books as they hope to recover it at a later date.

In conclusion, while the news clip in question mentions the writing-off of the loans, the headline clearly suggests that the loans of 50 defaulters have been waived off which creates a misleading perception.