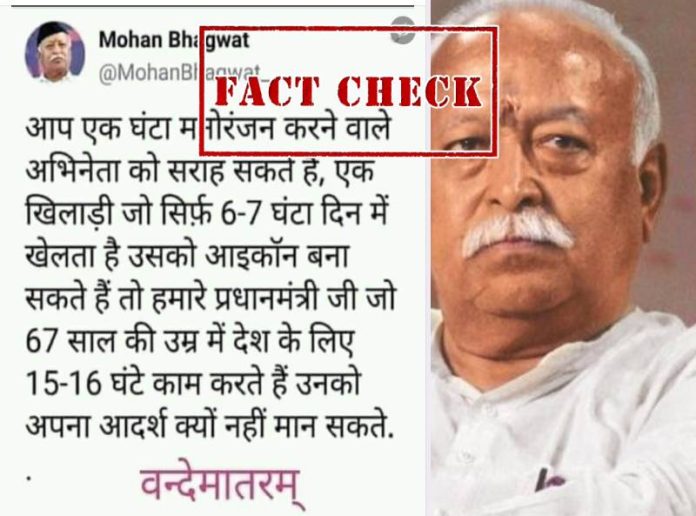 (English translation, “You can appreciate an actor who entertains for an hour, a player who plays only 6-7 hours in a day can make him an icon, then our Prime Minister, who at the age of 67, works 15-16 hours for the country. Why can’t you consider them your role model? Vande Mataram.”) 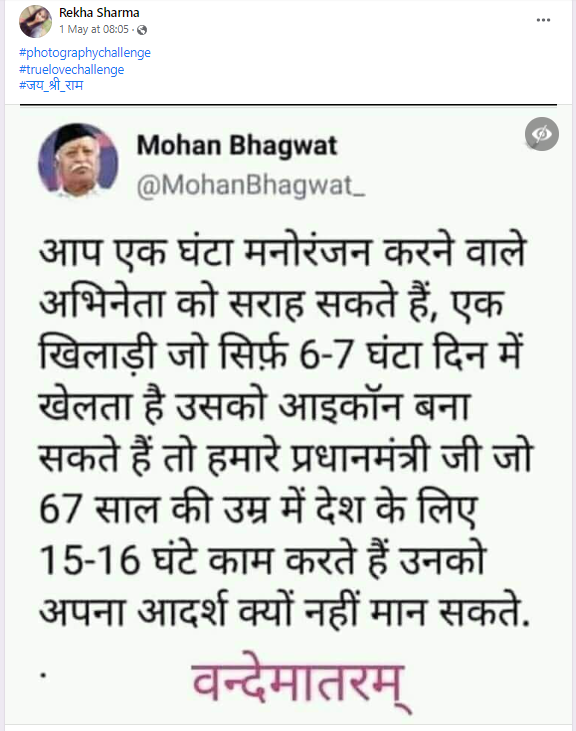 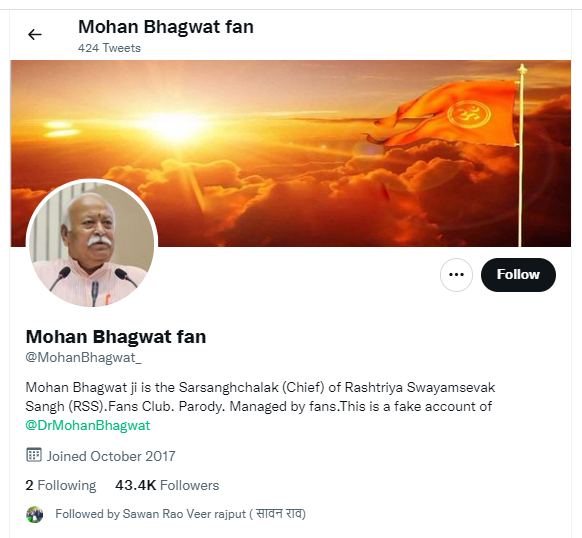 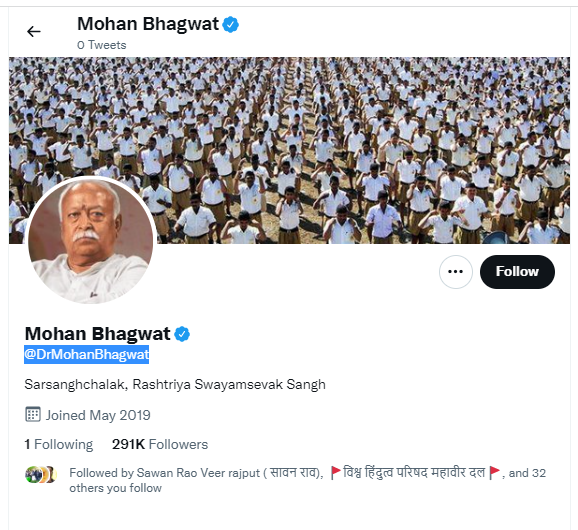 Thus, we can ascertain that the viral tweet in question was not done by RSS Chief, Mohan Bhagwat.