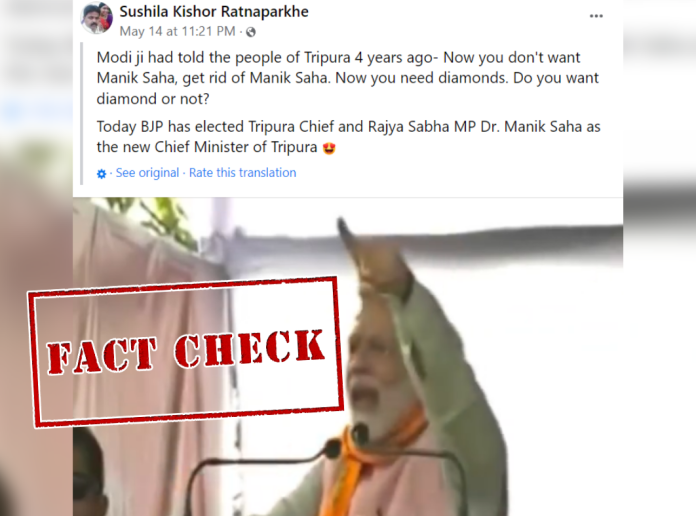 (English translation: Modi Ji told the people of Tripura 4 years ago- Now you don’t want Manik Saha, get rid of Manik Saha. Now you need diamonds. Do you want a diamond or not? Today BJP has elected Tripura Chief and Rajya Sabha MP Dr Manik Saha as the new Chief Minister of Tripura) 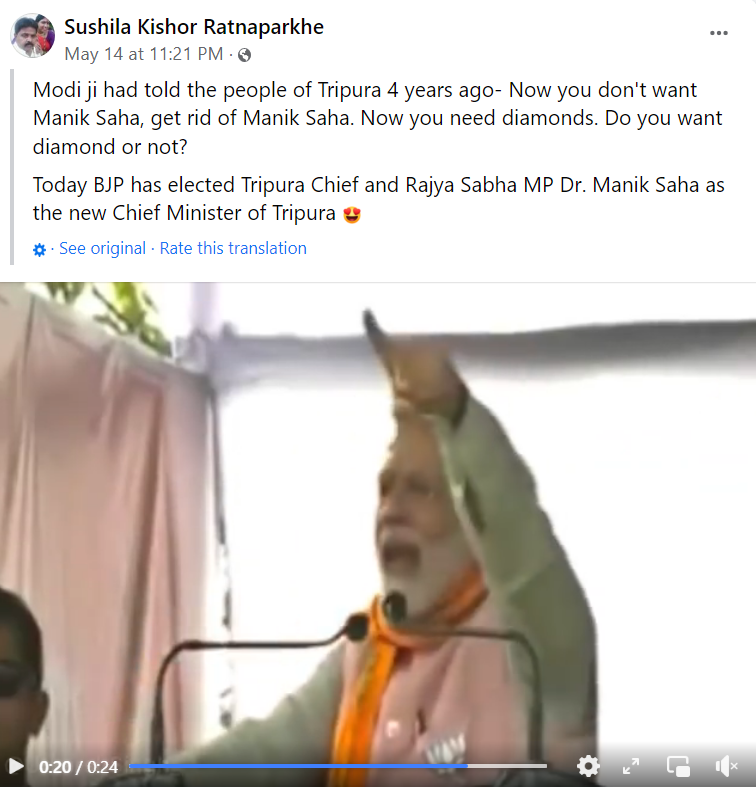 We started our investigation by running a keyword search and found several news articles about the video in question from 2018. On closely observing the 2018 reports, we understood that Prime Minister Narendra Modi had referred to then Chief Minister Manik Sarkar during a rally in Tripura’s Sonamura in February 2018 during the state assembly election, saying that the people of the state did not deserve a ‘Manik,’ but a ‘HIRA,’ i.e. Highway, ‘Iways’ (digital connectivity), Roadways, and Airways. 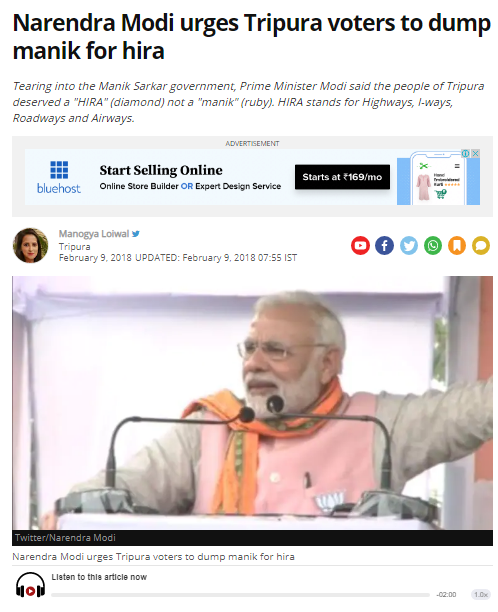 We also found a video news report published by the Times of India on February 8, 2018, with the caption, “Prime Minister Narendra Modi while addressing a rally in Tripura’s Sonamura stated that the government is focusing on 3Ts for Tripura – Trade, Tourism and Training of the youth so that they get opportunities to shine. PM Modi further targeted Chief Minister Manik Sarkar and stated that the state’s people do not deserve ‘Manik’ but a ‘HIRA’ i.e highway, Iways (digital connectivity), roadways and airways. “If you wear a wrong (Manik) gemstone then it causes trouble. So Tripura had a wrong Manik (CM), time to take it off and wear a HIRA”, said PM Modi.

Thus, from the above information, it is clear that social media users are mixing PM Modi’s comments on Manik Sarkar with the newly appointed Tripura Chief Minister, Manik Saha. Therefore, the viral claim attached to the video is misleading.